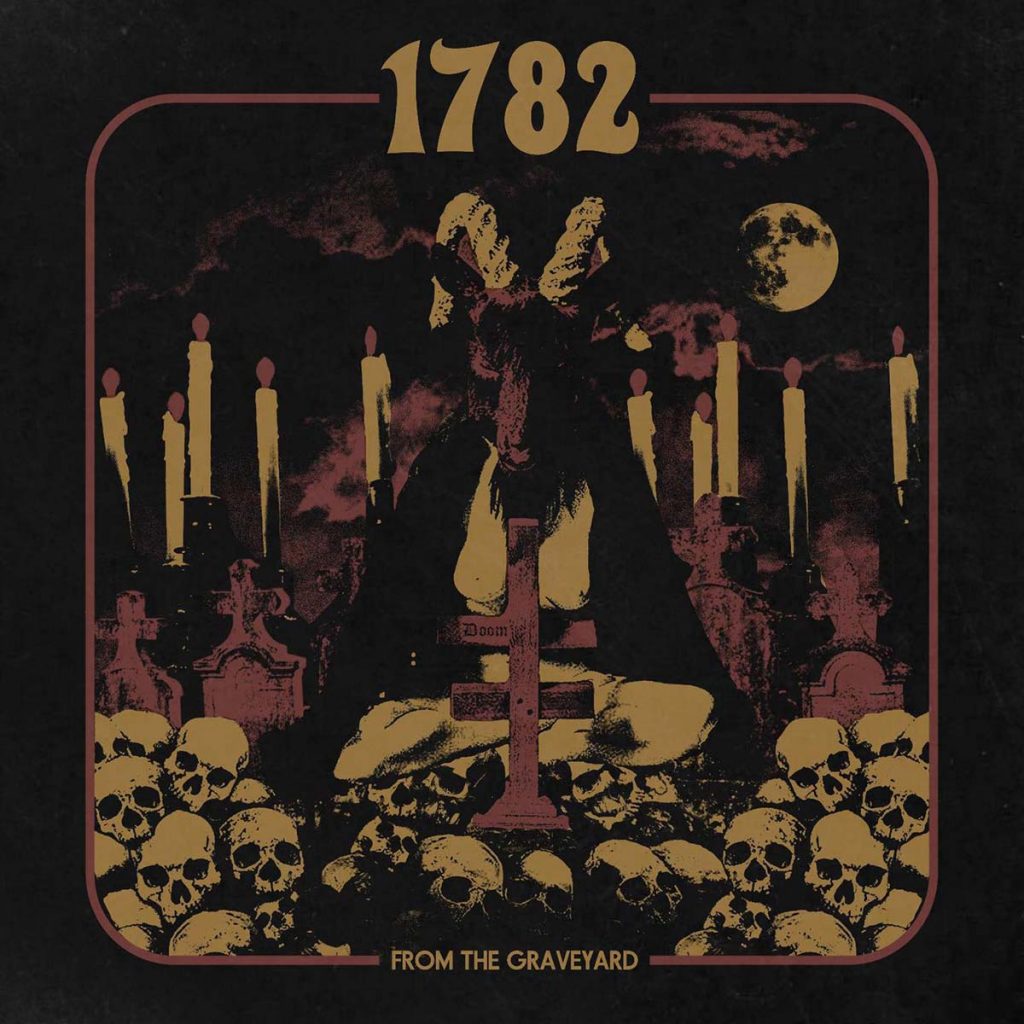 Italian doom metal trio 1782 premiere the first single »Priestess Of Death« taken from the upcoming sophomore album, »From The Graveyard«, which will see the light on March 26th, 2021 via Heavy Psych Sounds.

Says the band: “‘Accabadora’ is a figure really existed in Sardinia. She was a woman dressed in black who put an end to people’s suffering. The last testimony of her intervention dates back to 1952. She wandered around the village at night in search of open doors, if she found one it meant that inside that house a life was about to extinguish. She had her wooden hammer and with it, giving a strong blow to the back of the head, she put an end to the person’s suffering. She was also called the »Priestess Of Death«. This song wants to convey the sensations that could be felt while waiting for this woman, anxiety, torment and perhaps peace.”

»From The Graveyard« is the second full-length of the occult doom band 1782. In this album there is a leap in quality as the production is much better than the previous releases.

Eight tracks and 43 minutes of pure dark doom, with slow and powerful riffs, and heavy and massive drumming.

After the recording of »Doom Sessions Vol.2«, the band immediately enters the studio and records the heaviest tracks they have done so far, and they have done it while maintaining that catchy state they have always had. Here too there are featurings, Nico Sechi on organ (Hammond in »1782« and »Celestial Voices« in the debut album) and Alfredo Carboni’s Synth.

As in the eponymous debut album, the artwork was done by the mighty SSCVLT.

»From The Graveyard« was recorded, mixed and mastered in November 2020 by Alfredo Carboni at RKS Studios in Ossi, Sardinia (Italy).