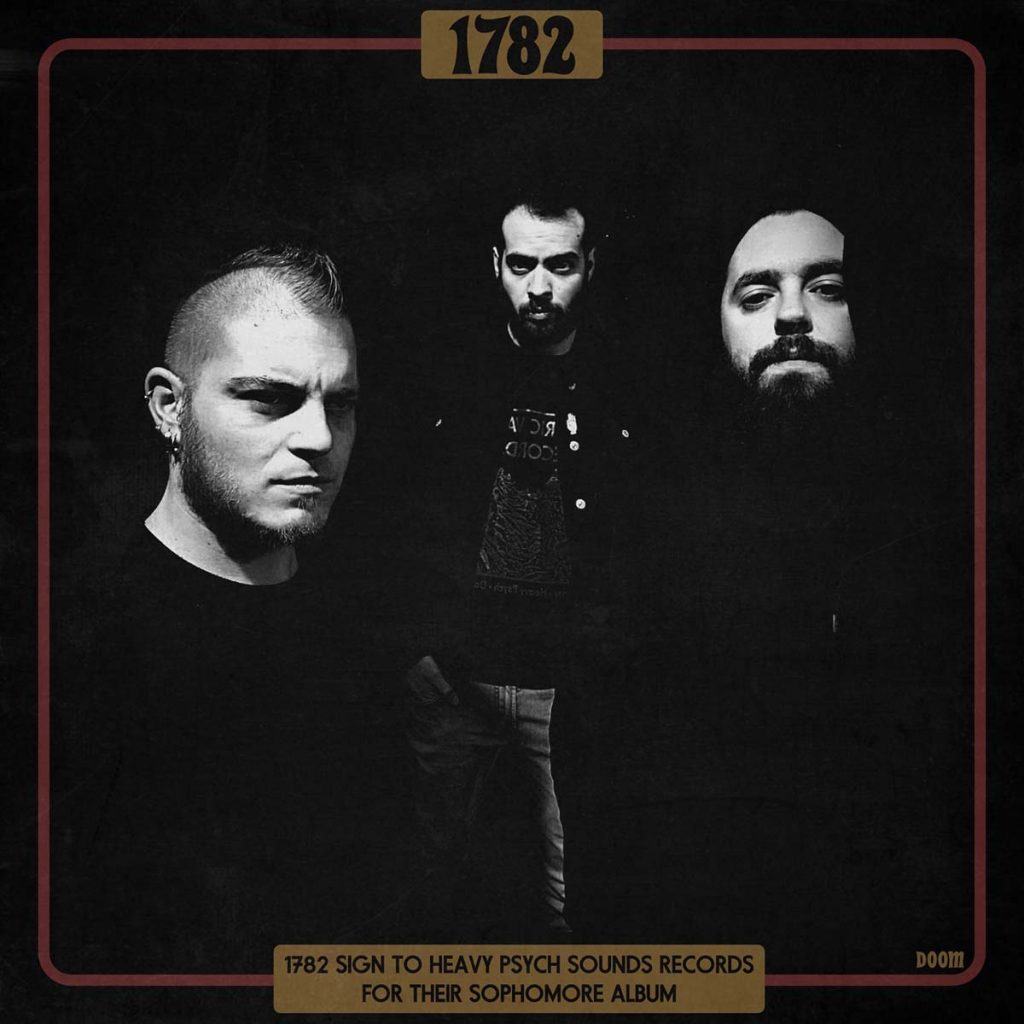 Italian occult doom metal trio 1782 has just signed with Heavy Psych Sounds for the release of their sophomore studio album, which will see the light in Spring 2021.

Pre-sale starts on January 20th with the first track premiere as well.

We are super stoked to announce that our beloved occult-doom riffers 1782 just signed with Heavy Psych Sounds for their sophomore brand new album!!!

In December 2018, Marco Nieddu and Gabriele Fancellu formed a doom band called 1782 in honor of all the “witches” murdered by the bigoted minds of many generations.

On January 4th, 2019, the band entered the studio to record the single »She Was A Witch«, released by Electric Valley Records on January 17th.

Within a few days the single turns out to be an excellent piece of doom, arousing great interest, especially on social networks and by listeners of the genre.

On February 8, 2019, they enter the studio to record the debut album of the same name, on March 10 they signed for the Roman label Heavy Psych Sounds Records for the release of May 24, 2019.

After Francesco Pintore joined the band on bass, the band recorded three new songs, which were released on the split album with Acid Mammoth »Doom Sessions Vol.2«.

In November 2020 the band records the sophomore full-length. It’s the heaviest album the band has released so far. It will be released through Heavy Psych Sounds in Spring 2021.