Premiered via Revolver, you can watch »Vultures Hymn« here: https://youtu.be/977ge8HCn0Y

After a 20 year career, Agnes Vein have found themselves at yet another crossroads.

The blackened doom trio, with a storied history behind them, are carrying the deep marks of 2020 as they look to release their huge new album »Deathcall«.

One could argue this is not the first time the seasoned band from Thessaloniki has come up against a tough situation. Forming in 2004 and releasing their »…Of Chaos And Law« EP the band have had a long line of shows, each leaving a scar on their process. 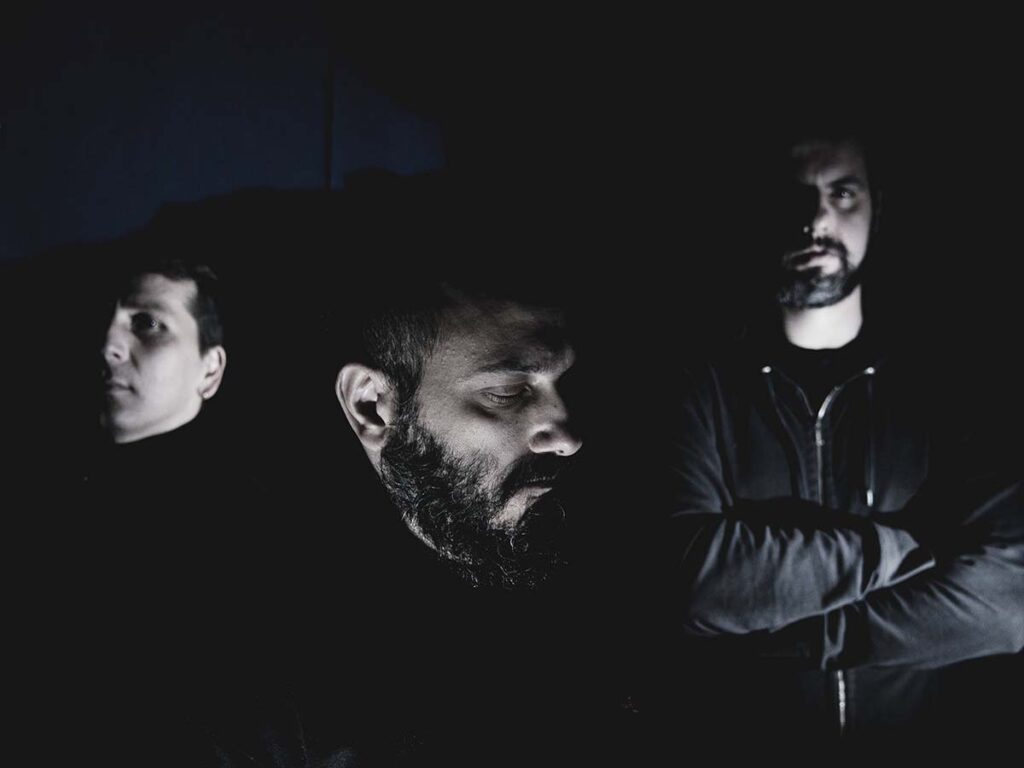 In 2010 Agnes Vein formed their partnership with Venerate Industries and released their »Duality« LP. Making a great impression on the Greek underground, the album manifested the influences of Bathory, Candlemass, Neurosis and Celtic Frost and was a landmark in the local genre.

Agnes Vein went on then to support Electric Wizard, Primordial and Rotting Christ, before stewing on their brilliantly dark »Soulship« LP, released 2013. The slow, heavy and bleak sentiment of the record however wore off on the whole band’s existence and in the years that followed the struggles stacked up, leading to a change in line-up and a long, slow fermentation of their new record, »Deathcall«.

Appearances with Neurosis and Mantar left their mark too on Agnes Vein – both bands bearing some influence on the brilliantly dark, methodically heavy »Deathcall«. Elements too of Candlemass, Yob and younger bands like Conjurer can be heard – a brutal mix of doom, black and sludge metal. Agnes Vein’s standing in the Greek underground is a welcome reflection of the quality and diversity on display.