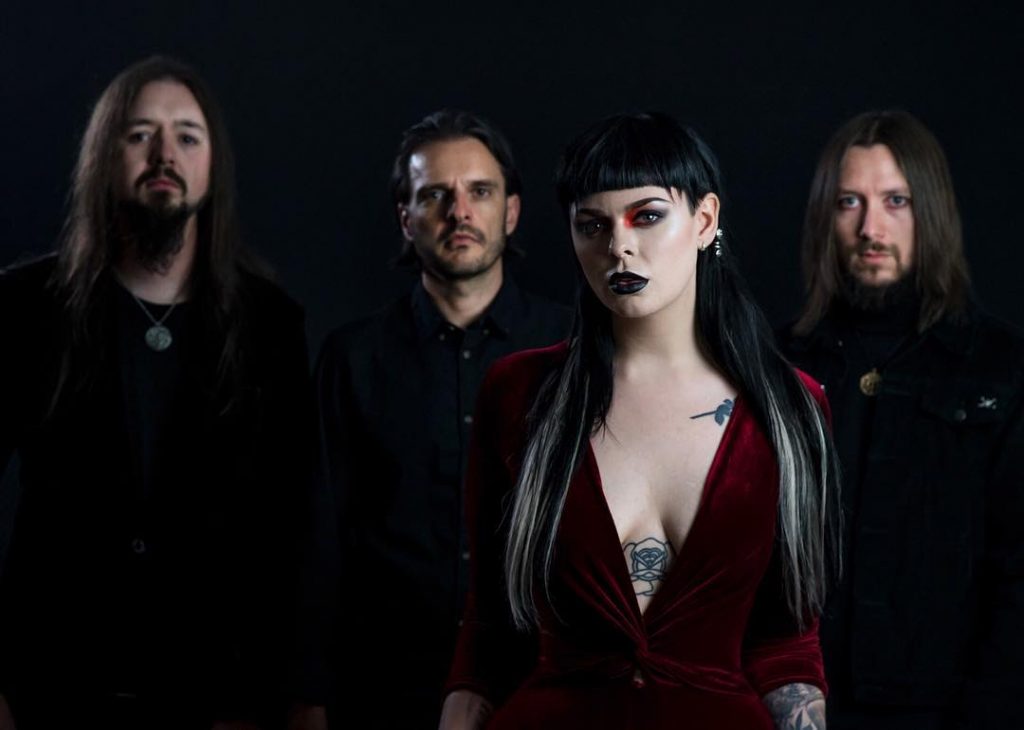 »Violet Hour« sees the energy of Alunah’s dark, doom tinged hard rock being cranked up with the arrival of guitarist Dean Ashton (bass, Diamond Head) alongside the soaring vocals of Sian Greenaway and rhythmic foundation of Dan Burchmore and Jake Mason.

Recorded at the historic Welsh Foel Studio and produced by Chris Fielding (Conan, Electric Wizard, Primordial) the 8 tracks on display show the fruits of a productive early 2019 with a searing combination of melodies, riffs and focused writing.

From the opening combination of »Trapped & Bound« and »Dance Of Deceit« the album pulls the listener in to an ominous world brought to life by artist »Felipe Froeder – Arcano XV« and doesn’t let go until the brooding finale »Lake Of Fire«.