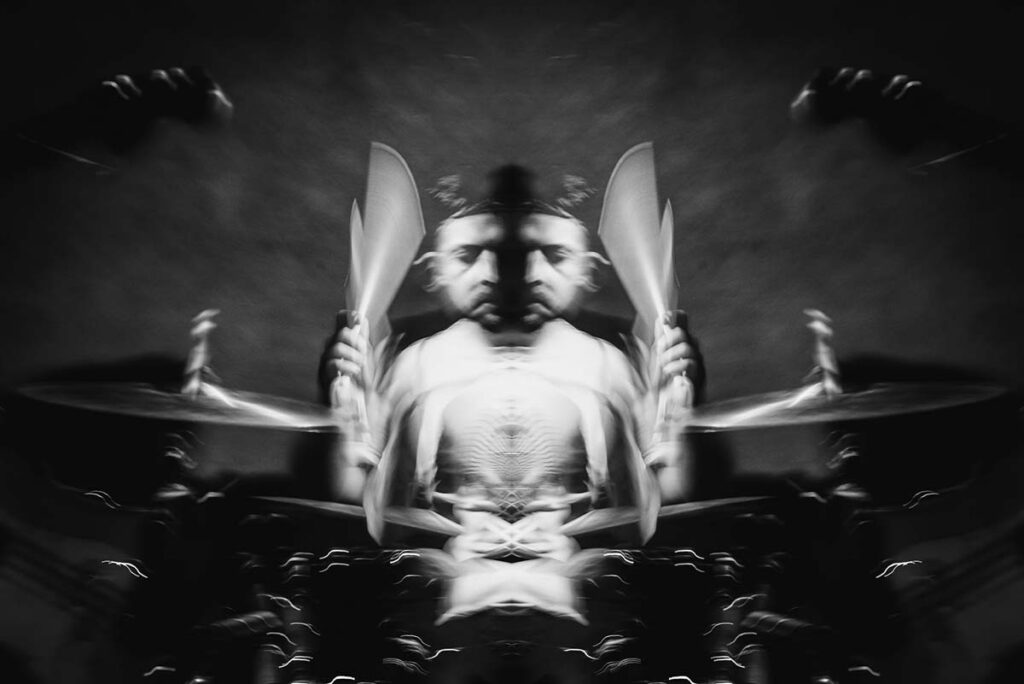 Ambra is a five-piece alternative/stoner rock band from Ljubljana, Slovenia. Founded as an instrumental trio in 2015, the band features current and former members of Ophidian, Blu.Sine, Matching Suits, Flyspoon, Release The Ectoplasm and Noctiferia. In 2016 Ambra released an instrumental EP with 5 songs which receieved a lot of attention in the local underground scene. Ambra was joined by a vocalist and a bassist a year later and hit the studio in 2018. The band released their debut album »Cor« in May 2019, which was followed by digital single »So This Is It« in March 2020.

I was recently talking to Robi, the drummer and one of the founding members, about formation of the band, instrumental beginnings, influences, evolution of their sound, future plans and more.

When have you decided to form Ambra?
RR: Andrej, Žiga and I played together in an instrumental prog metal band Ophidian more than a decade ago. When Ophidian fell apart, we took separate roads. Žiga really developed musically through his projects, especially Blu.Sine, Andrej did not play in bands and I did not even play drums for years. And then there was a random Friday evening I texted Andrej asking him if he’s in for a jam or something. The funny thing is, at that exact time he was drinking beer with Žiga, discussing the same idea 🙂 So one thing led to another and the rest is history.

Many people – including me – said that your stoner rock also sounds a little bit Tool-ish. Could Tool be considered a big influence for the band? Who else has influenced you?
RR: That is a question that haunts us since the beginning. The truth is Andrej, Jani and Žiga dig Tool and I guess there was some influence when we started to make our own music. But on the other hand, I never hyped over Tool at all and all my influence comes from elsewhere, so I think apart from some bits in earlier stuff, there really isn’t a lot of Tool to be found in Ambra.
So I would say “toolishness” is more or less something that some people and critics would like to hear in our music, but really isn’t there. Like our Trails lyrics says – people often “look for patterns in random sky”. 🙂
I guess some bands would kill to hear people compare them to Tool, but our purpose is completely different. Of course it would be easier for us to say “we’re the Tool of stoner music” because people can relate faster to something they are familiar with.
But we just wouldn’t be able to live with ourselves knowing we are imitating something. So we really try to keep influence from making our music vanilla. 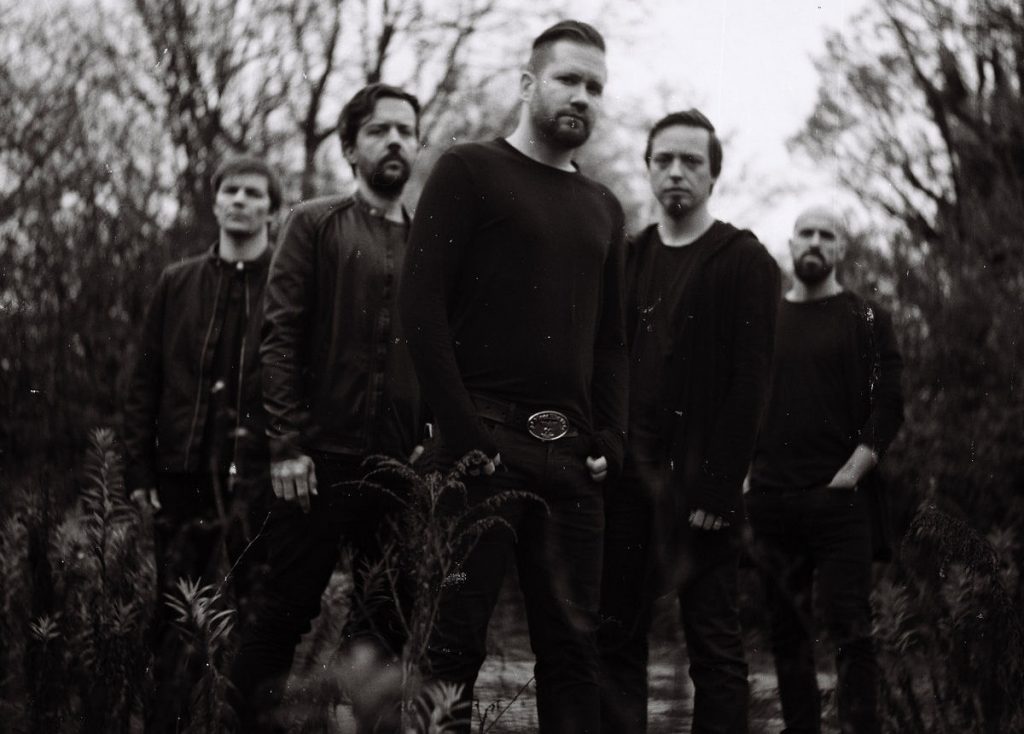 It took some time to complete your line-up. Have you ever been in doubt that you’ll never find the right members for the band?
RR: Well, Slovenia is a small country and you quickly run out of options. So yeah, we were definitely in doubt at some moment. But persistence paid up.

Adding Jani Premužič as a vocalist seems to be the perfect match. Did you know him and his work before?
RR: Jani fits perfectly. We had a different approach to a lot of things at the beginning but I think we really managed to use the differences in a way they made us stronger. We met Jani through his previous band and we have seen each other a lot in the club he works at.

How many songs were already finished before you hit the studio to record your debut album »Cor«?
RR: We had all the Cor songs as well as two songs that did not make it to the record.

Are you satisfied with the responses you got by now? Do you pay much attention to reviews?
RR: Well, primarily we make music for ourselves. Sounds egoistic, but goes with the previously said. We would really not enjoy making something just because people expect us to. So reviews are something we do not take as holy. Everyone has their own opinion, and that is great. Of course it’s nice to read a positive review, but if it is not, that is fine. We can’t please everyone 🙂

How much do you think the band’s sound evolved from your early days?
RR: Andrej and Žiga take their sound really seriously and they explore constantly. I try to do the same with the drums, using cymbals and heads that are on the darker side of the sound spectrum and match the guitar sound.
So our sound evolves constantly, and I can say it is quite different now than it was at the beginning. A big shift of course happened when Anže and Jani joined.

You recorded and released your latest single »So This Is It« in self-isolation in March 2020. The song seems to be much darker than your previous material. Is this a kind of preview of what is yet to come?
RR: Dark song for dark times 🙂 New material has some of its darkness, but maybe not in a way someone would expect. The new record will surprise.

Do you have any other new songs in stock?
RR: Yes.

How do you write your songs in general? Where do you get the inspiration?
RR: Instrumental always comes first in Ambra. Only then Jani starts building vocal lines and only when vocal lines are almost done, come the lyrics. So mostly, the first building block is the riff. Everything else follows.

Now your songs also have lyrics. How important part of your expression are the lyrics?
RR: The transition from an instrumental band to having a vocal was not straightforward. Although lyrics can be interpreted in many different ways it is still more definitive compared to the instrumental part of music and thus plays a big part in the band’s expression.

Where have you played live by now?
RR: Except from the coastal area of Slovenia, which we never really had a chance to play at, we played more or less every town that has at least some sort of a scene.

Any plans to go outside Slovenia?
RR: Not at his moment. We were thinking about it for a while, but 2020 really made everything a bit sour.

What would be your biggest show so far?
RR: Our album promo in Ljubljana was definitely the biggest regarding the audience

How would you describe the main difference between your early shows as an instrumental band and your recent performances?
RR: The logistics 🙂 Joke aside, I think we used to be more of a “plug & play” band, going to any show we were offered. Now, we need to sync five people’s lives, transport more gear, make longer soundchecks etc. But it is still fun. But more importantly, the performances are stronger. The sound is bigger and the vocal connects the band to the audience.

Did you have any unusual experiences during your performances?
RR: The more recent unusual experience is playing in the rain. We played in the open and it started in the middle of the gig. Making matters even more ridiculous, it only rained over us while the rest of the 300 km radius was cloudless. But we survived.

Your last show was on the roof of Channel Zero at Metelkova. How was it for you to play live again after some time?
RR: Yes, that was the rainy one. It was great. We really missed the shows, especially because we had to cancel a few shows in spring because of the pandemic. 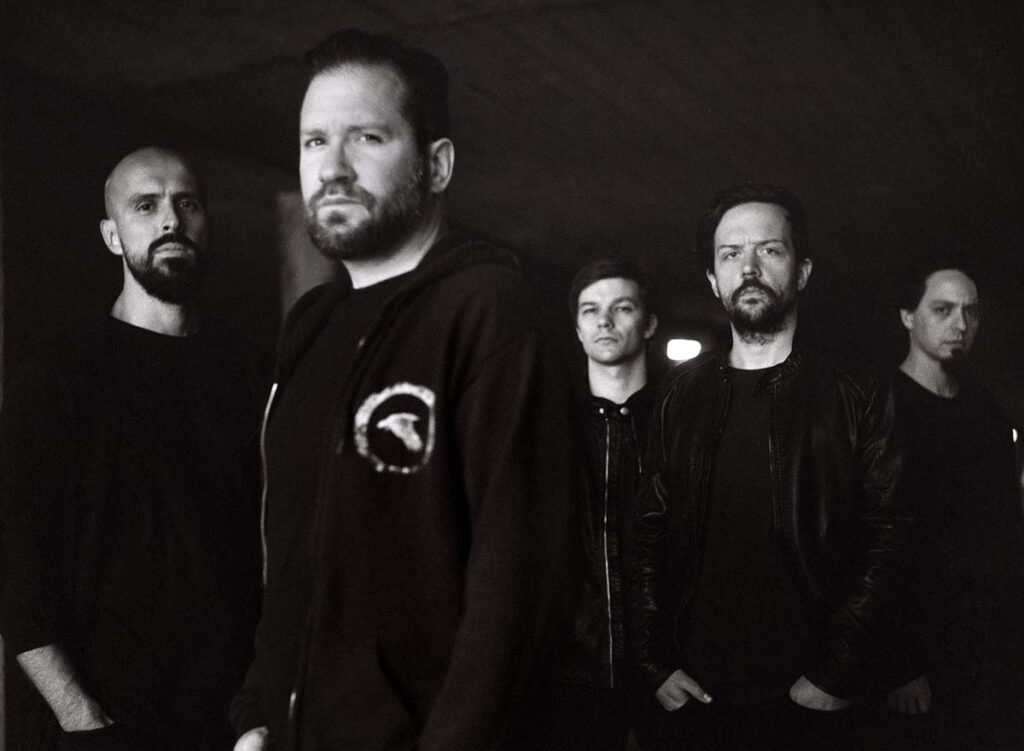 What attracts you the most when you hear some new music/artists?
RR: Uniqueness. Who needs another Tool?

Is there any music that really impressed you recently?
RR: The new All Them Witches album is really good and I think the whole band would agree with that. And we should not forget Lowrider. Guys made an amazing album after twenty years and really showed a lesson to a lot of stoner bands.
Besides that, we listen to a lot of (different) stuff, and many things stand out. Off the top of my head, Slipknot, King Gizzard and the Lizard Wizard, RTJ, Chelsea Wolfe, Mastodon… I surely forgot many.

What do you think about shooting a music video nowadays? Can you express yourself even better as an artist with this format?
RR: We have not really seriously discussed making a music video yet. We understand it is quite a project if you want to make something good and before we have a good idea and enough time I don’t think we will tackle it.

How did the COVID-19 lockdown affect you as a band?
RR: Actually it was not that bad regarding creativity. A lot of things for Ambra are made at home and not at the rehearsal. So we actually made some things individually and glued them together when the restrictions were lifted and we could meet again.

So, what’s next for Ambra? Do you have any plans for the future?
RR: We are working hard making new material. A lot of songs are already in a listenable phase, which means they just need to mature enough and they will be ready for recording. So, the next chapter is the new record. Other things are really not in our hands and we will just have to see what happens.

Thank you for the interview! Any last words?
RR: No problem. Keep supporting the scene and don’t make music for granted. This is more important than ever.