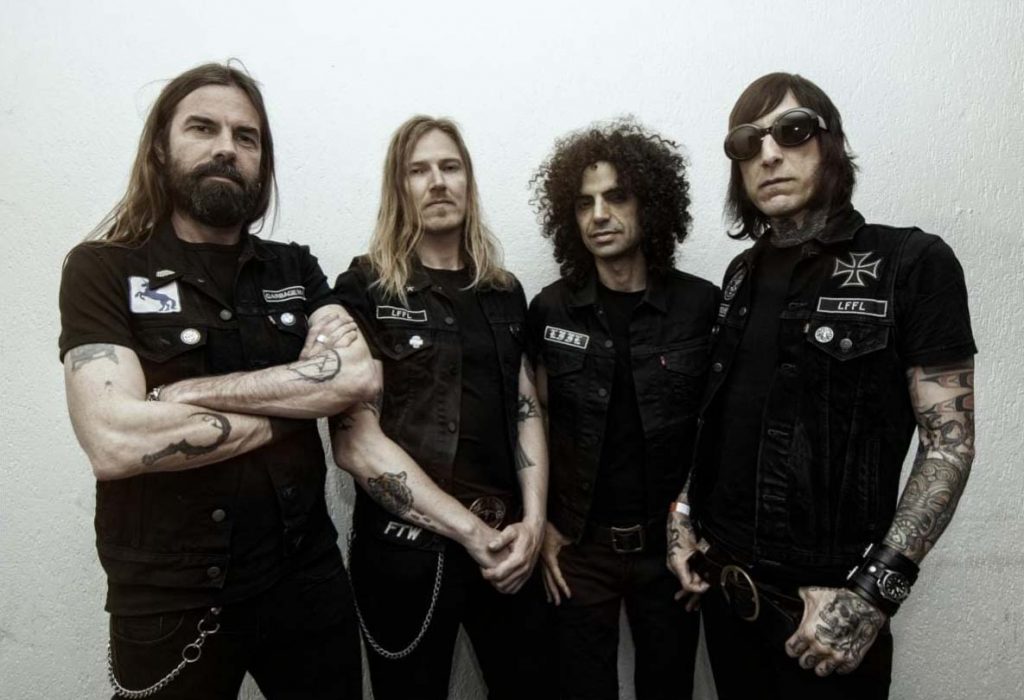 American garage/psychedelic rockers The Lords Of Altamont will kick off their European tour tomorrow! The band will be touring the Netherlands, Belgium, Switzerland, France and Germany, including Heavy Psych Sounds Fests in Dresden and Berlin. 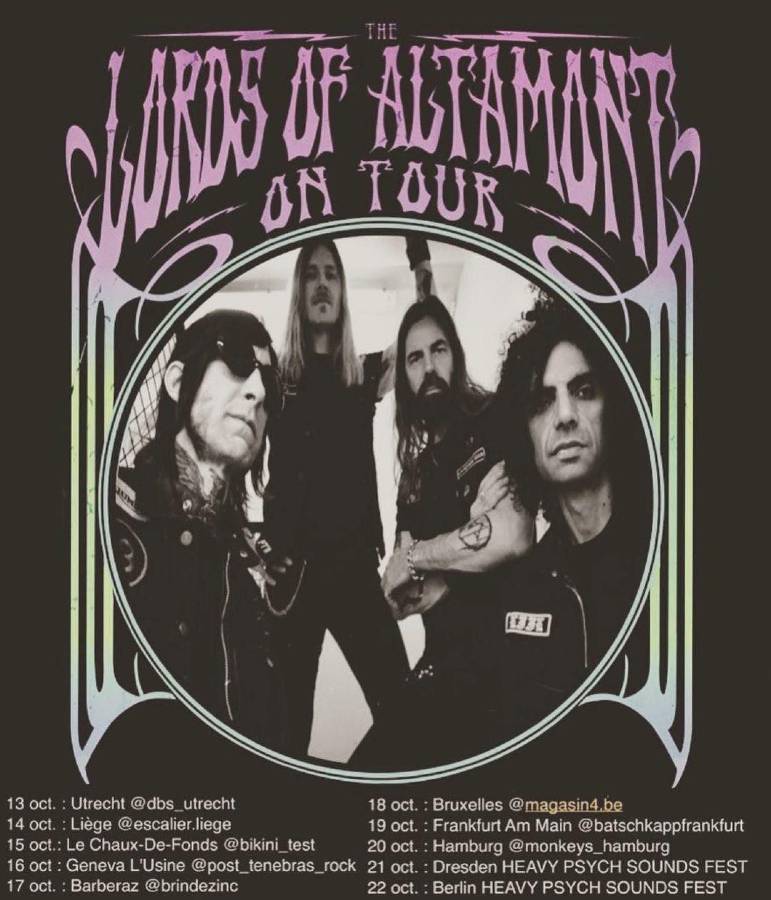 The Lords Of Altamont bring forth raw rock and roll fury birthed from the ultimate end to the era of peace and love. What was billed to be the “Woodstock of the West”, the infamous Altamont Free concert on December 6th, 1969 was highlighted instead by heavy drugs , motorcycle chains and brass knuckles and later punctuated with shoving matches and fist fights. This palpable sense of bawdy foreboding resulted in four births, four deaths and extensive property damage.

While the hippies had been grooving and mellowing out in the Bay Area, the forefathers of the Lords Of Altamont were playing high energy rhythms in the beer soaked venues of Detroit and the dingy clubs along LA’s Sunset Strip. Mid-60s London RnB shares equal space with the scruffy 70s NYC Bowery among the influences of The Lords also. They take their other cues from kids banging out primitive riffs on cheap guitars all across the USA in garages alongside chopped bikes and American V-8 muscle, lingering exhaust fumes mixing with sweat to conjure the rare elixir of real rock n roll.

The story of the band who would come to be known as The Lords Of Altamont gets a proper start in late 1999. A son of Southern California and a veteran of the SoCal music scene, Jake Cavaliere – with numerous bands and projects from garage to punk dating back to the late 80s under his belt – enlisted fellow motorcycle rider and bandmate of the instro/surf sensation The Bomboras, Johnny DeVilla. Besides holding their first show at the legendary venue The Garage in Hollywood, high points include touring as the support act for their primitive rock n roll idols The Cramps, infamous rock gods The Who as well as counting the late Michael Davis of the MC5 as a past member.

Through personnel changes featuring an incredible roster of talent, and various adventures over the past 22+ years, The Lords Of Altamont continue to evolve their sound while staying true to their roots. Jake Cavaliere , along with his assemblage of gritty and talented personalities, continues to captivate audiences with unparalleled hard driven performances the world over.