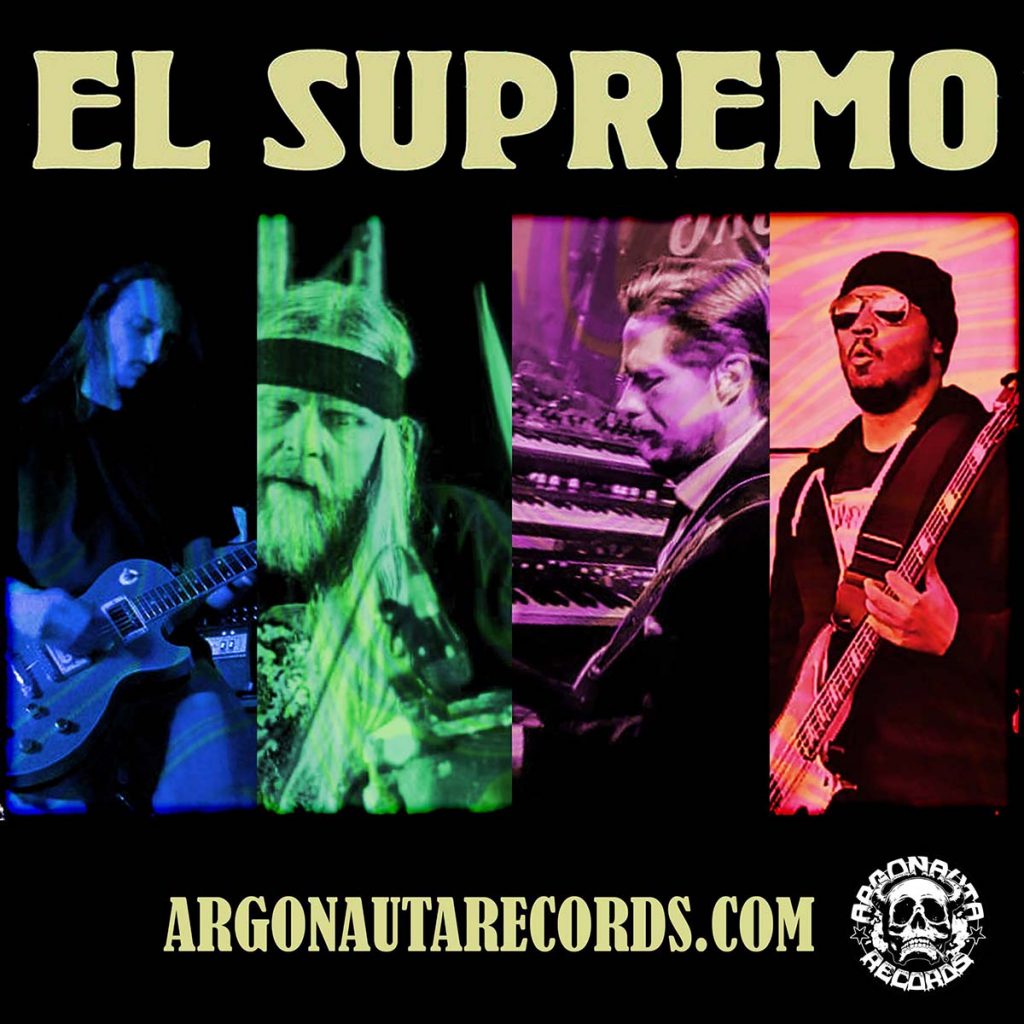 The band comments: “Good morning. We are stoked to announce that we are teaming up with Argonauta Records to release our follow up to »Clarity Through Distortion«! This couldn’t come at a better time. Stay tuned! While you’re at it, check out Argonauta, they’ve got the balm to soothe your worried mind. Bellissima!”

Fargo, North Dakota based instrumental rockers El Supremo have inked a worldwide deal with Argonauta Records, who will release the band’s third album in early 2022.

El Supremo was originally formed as a one-man project with Chad Heille playing all the instruments and handling recording/production. A self-titled full-length demo was released in 2008, with Tom Canning and Neal Stein contributing guitar solos. Their most recent album, »Clarity Through Distortion«, was released in 2019 and features Chad Heille on drums and bass, Neal Stein on guitar and Chris Gould on organ/keys. Influenced by classic and stoner rock, blues and old-school metal, the band‘s vibrant sound ranges from psychedelic and melodic to heavy and doomy.

Chad and Neal went on to play in the band Egypt from 2012 to 2018. During that time, they released three full-length records, a split LP, made numerous compilation appearances, reissued their first demo and toured 16 different countries playing several notable festivals. After Egypt split, they decided to revive the El Supremo name and now backed by Cameron Dewald on bass, they are currently working on their new album for a 2022 release through Argonauta Records.

Says the band: “El Supremo is stoked to be teaming up with Argonauta Records. The last year was a bit of a trial but, we are primed and ready to deliver our best record yet!”