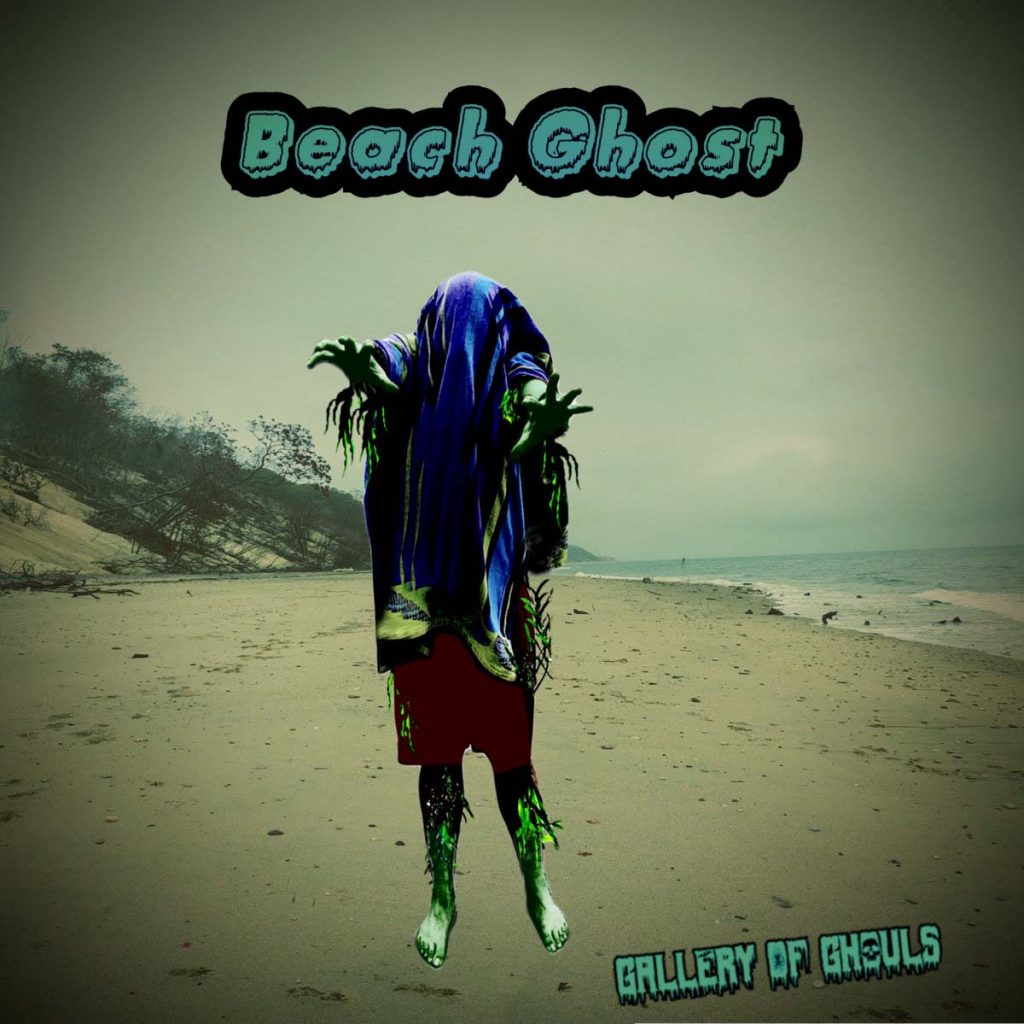 “A soaking spooky song talks about a deadly and troublesome ghost who drowned in the 1960’s and haunts a local beach, forever searching for his next victim to lure down into the cold depths of the sea.”

Gallery Of Ghouls features heavy metal tales and is a collection of musical stories with a cast of characters & situations each with their own concept song or album that presents an array of styles, textures & imagery to all suit the telling of a narrative through music that is influenced by horror stories, movies, comics, cryptids & urban legends. Each month in 2021 a new song will be released.