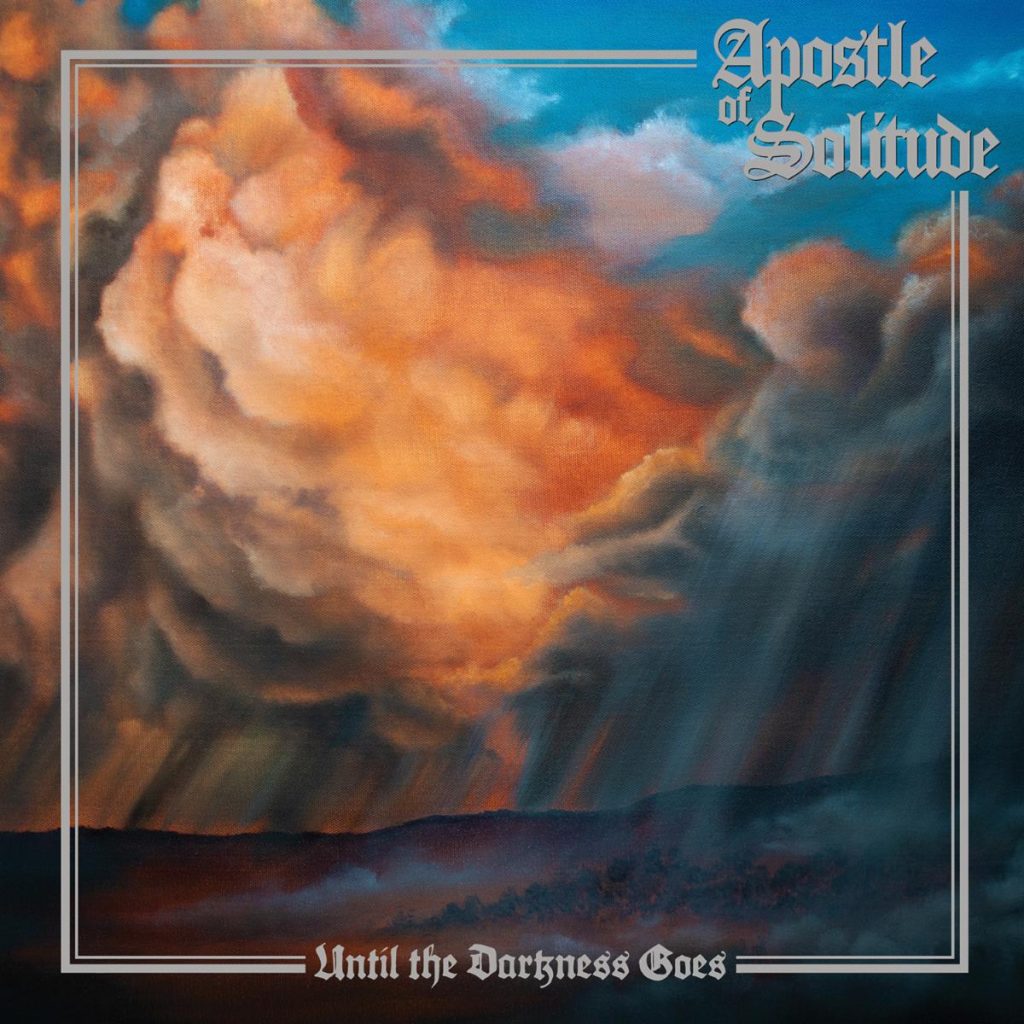 Track Listing:
1. When The Darkness Comes
2. The Union
3. Apathy In Isolation
4. Deeper Than The Oceans
5. Beautifully Dark
6. Relive The Day

Indianapolis (IN) – Doom titans Apostle Of Solitude will release their fifth studio album, »Until The Darkness Goes«, this November via Cruz Del Sur Music.

Apostle Of Solitude – featuring vocalist/guitarist Chuck Brown, guitarist/vocalist Steve Janiak, bassist Mike Naish and drummer Corey Webb – initially planned to record the album in late 2020, but health and safety concerns over the global pandemic pushed the start date to May 17 of this year. Once again, the band hunkered down in Russian Recording in Bloomington, Indiana, with long-time producer/engineer Mike Bridavsky at the helm.

According to Naish, the goal heading into the creation of »Until The Darkness Goes« was to write shorter, more compact songs, with an onus on their quality and emotional impact on the listener. “This album is short even by our standards,” he says. “The emotion of the lyrics coupled with slower tempos suggest a sudden and painful personal loss, a mood that evolved over the album’s creation. It is probably more about refining what we do best as a band – and individuals – to convey an idea as opposed to continuing a theme. In short, it’s a more polished version of everything we all loved about our previous records.”

The pandemic directly impacted Apostle Of Solitude – one of its members lost both parents, casting a pall over its creation. The band took advantage of shifting recording dates to refine the album, resulting in what is unquestionably their darkest and most heartfelt LP to date. 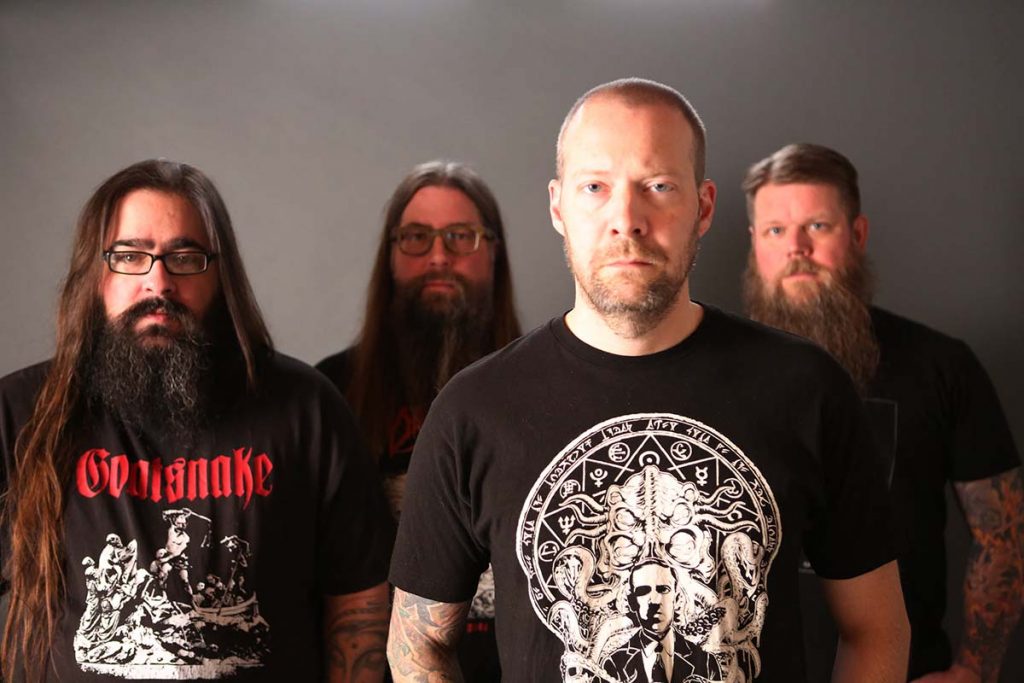 “The pandemic was ever-present as the songwriting process evolved,” says Naish. “Thus, more of our personal experiences became infused in our playing and songwriting, specifically around vocal harmonies. To play music together was cathartic for us, but it was also challenging to stay safe during a pandemic. We were fortunate to have support from our label, Cruz Del Sur, to record when we felt comfortable. So, that’s what we did.”

Apostle Of Solitude recently resumed live activity, including two opening slots on the abbreviated The Obsessed and The Skull American tour. While the band enjoyed hitting the stage once again, they couldn’t help but worry things could come to a halt at any time.

“There always seemed to be some impending sense of doom (pun intended?) that nothing has any sense of permanence,” finishes Naish. “We are generously supported when we tour, and, for that, we are grateful. We owe it to ourselves and each other to pull our weight to bring this pandemic to an end. We want to tour in support of this release when conditions are favorable for both performers and fans. Unfortunately, we cannot predict when that will be. Working musicians are struggling right now to make ends meet, and we feel uncomfortable putting anyone at risk in these trying times. We’ll see you all as soon as we can do it safely.”