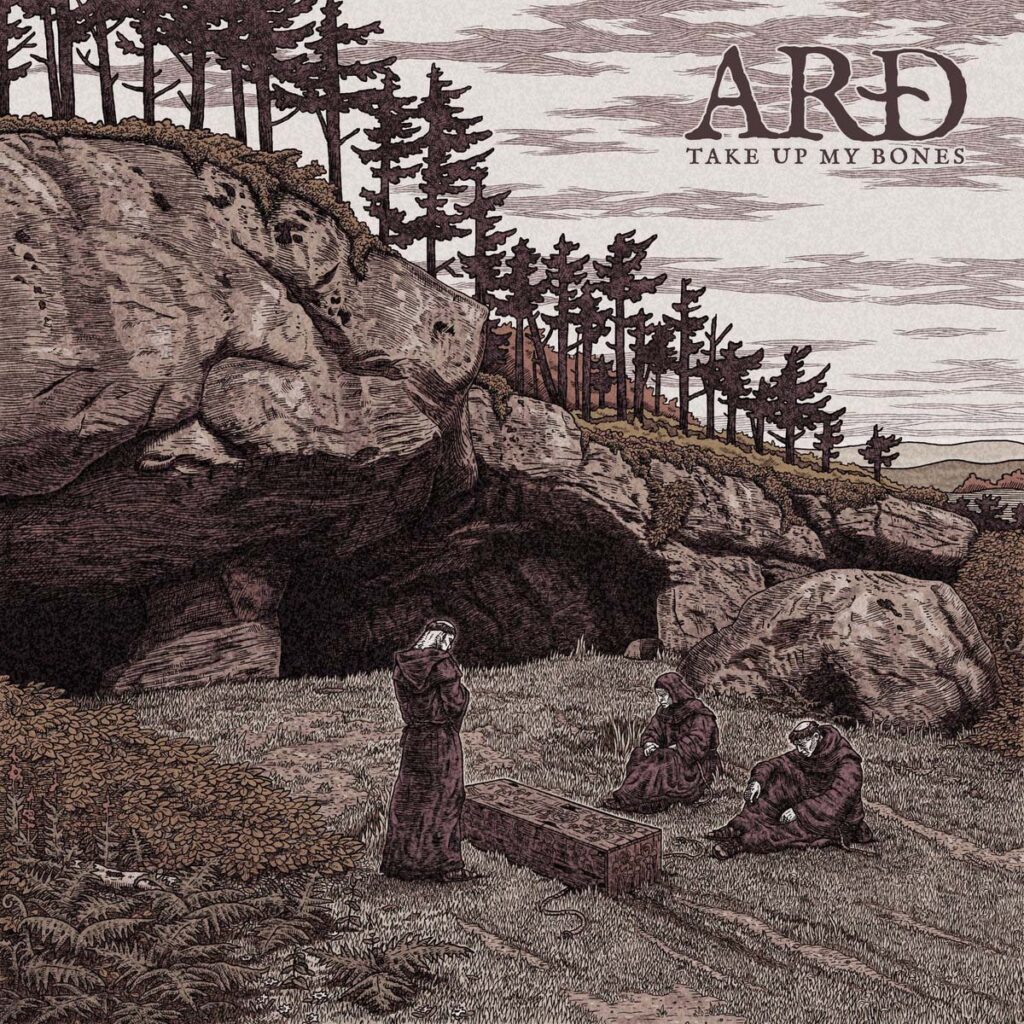 Mournful doom project Arð by Mark Deeks of Winterfylleth premiere a lyric video for the first single and opener »Burden Foretold« taken from the upcoming debut album, »Take Up My Bones«, set to release on February 18th, 2022 via Prophecy Productions.

Deeks comments: “The wait is over. Your patience has been rewarded. The first hymn of Arð is here, and you can now order a copy of your own. Details below. I’m delighted to present »Burden Foretold« – the first promo video for the opening track from the album »Take Up My Bones«.

The song tells the tale of St. Cuthbert’s premonition of his own death. Concerned that what would happen to his body would become the subject of division and argument, he told his followers “I would rather you take up my bones from this place”. Their burden was foretold. Upon his death on the island of Inner Farne, two beacons were lit to pass word to his followers back on Lindisfarne, the Holy Island, that Cuthbert had passed.”

Arð are of Northumbria. The band’s name is taken from an Old English word meaning “native land” in the dialect of the Anglian Kingdom of Northumbria. The concept behind the debut album »Take Up My Bones« from this insular doom metal solo project created by composer and musician Mark Deeks revolves around the legendary relics of the famous Northumbrian saint Cuthbert (634–687) and their long journey. Arð built their artistic quest for heritage and identity upon a solid doom foundation. The early medieval Anglo-Saxon kingdom of Northumbria that inspired Arð was far larger than the historic English county Northumberland implies. Before the Germanic warriors arrived, at first as a part of the Roman armies and later as conquerors, the Romans had subjugated the local population of Brittonic Votadini, speakers of a Celtic language. The Roman Empire had left a religious legacy that firmly took root in neighbouring Ireland and soon began to affect the new Germanic rulers of these northern lands as well as ultimately inspiring the tale of »Take Up My Bones«: Christianity. The early medieval coastal monasteries of Whithorn in the west and Lindisfarne to the east bear witness to this transition. It is in Lindisfarne on Holy Island in the time after the devastating Viking attack from across the sea in the year 793 where the story of the remains of St. Cuthbert begins: a 200-year journey that saw the saint’s remains finally reburied in the cathedral of Durham. The legends and mystery of the translation of the saint’s relics such as the refusal of his coffin to be moved or the lack of corruption upon his corpse after decades shape the core of this conceptual musical tale. With crushing glacial-paced doom, monastic sounding chants and choirs, and sorrowful yet epic melodies, Arð have found the perfect musical expression to tell a tale of their homelands. 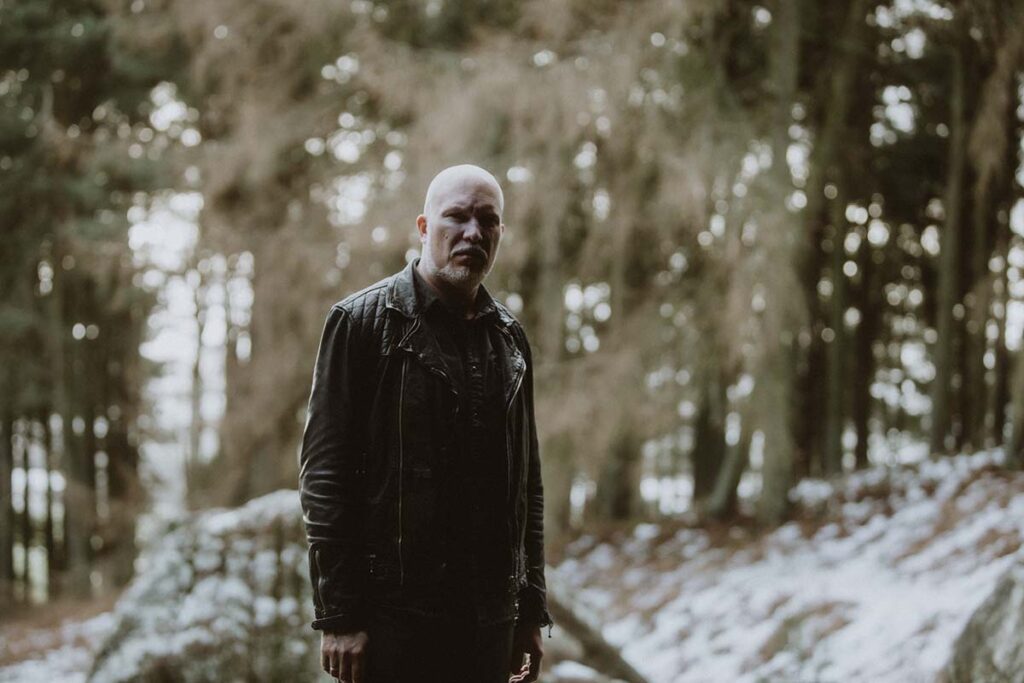 Mark Deeks, who earned his PhD in Philosophy on the topic of “National Identity in Northern and Eastern European Heavy Metal”, is also a member of leading UK black metal stalwarts Winterfylleth and keeps himself busy as a musical director, arranger, piano coach, and conductor as well as a best selling author. On »Take Up My Bones«, Mark is supported by Wolcensmen mastermind Dan Capp on guitars and backing vocals. He is also joined by Atavist drummer Callum Cox, and a spellbinding performance from cellist Jo Quail (My Dying Bride et al.) delivers the coup de grace.

⭕ You can order from Prophecy Productions: lnk.spkr.media/ard-take-up-my-bones
⭕ Or order direct from the Arð store here: ardnorthumbria.bigcartel.com