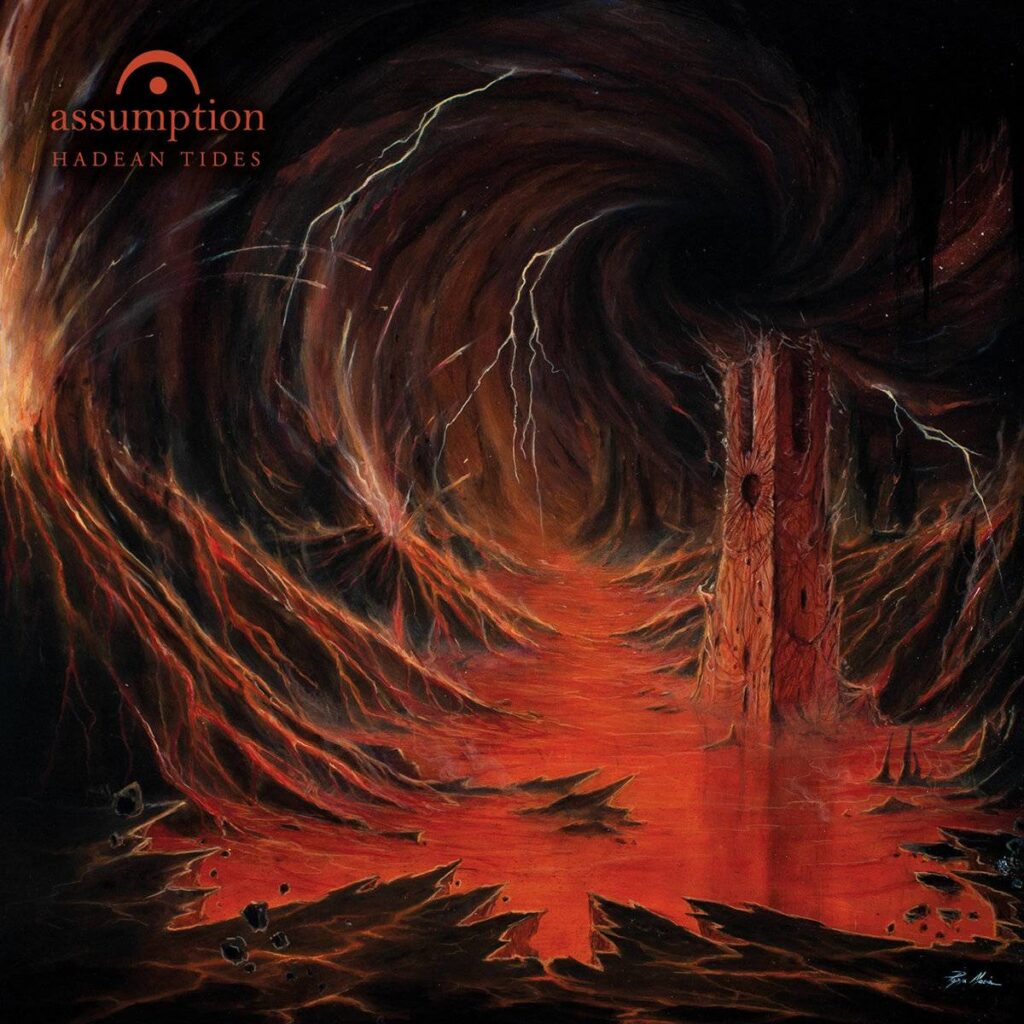 Says the band: “The term derives from “oratio -onis”, i.e. “discourse” in classic Latin and “prayer” in christian Latin. The lyrics affirm the intention to pervert the virtue, subvert all rules and allow oneself to leave behind the boundaries of decaying flesh in order to cross on to different, uncharted spiritual dimensions.”

Death Doom explorers Assumption are finally back with their most ambitious, punishing and visionaire work. Prepare thee for a psychedelic and obscure journey!

After a few live appearances at events in 2019 such as the Kill Town Death Fest in Copenhagen, Darken The Moon XI Festival in Sint-Niklaas, Belgium and Asakusa Death Fest in Tokyo plus a selective EU touring in 2020, the band chooses Mara’s Cave studio in Central Italy early in the summer of 2021 to record the follow-up to 2018’s »Absconditus« album with producer Manuele Marani. 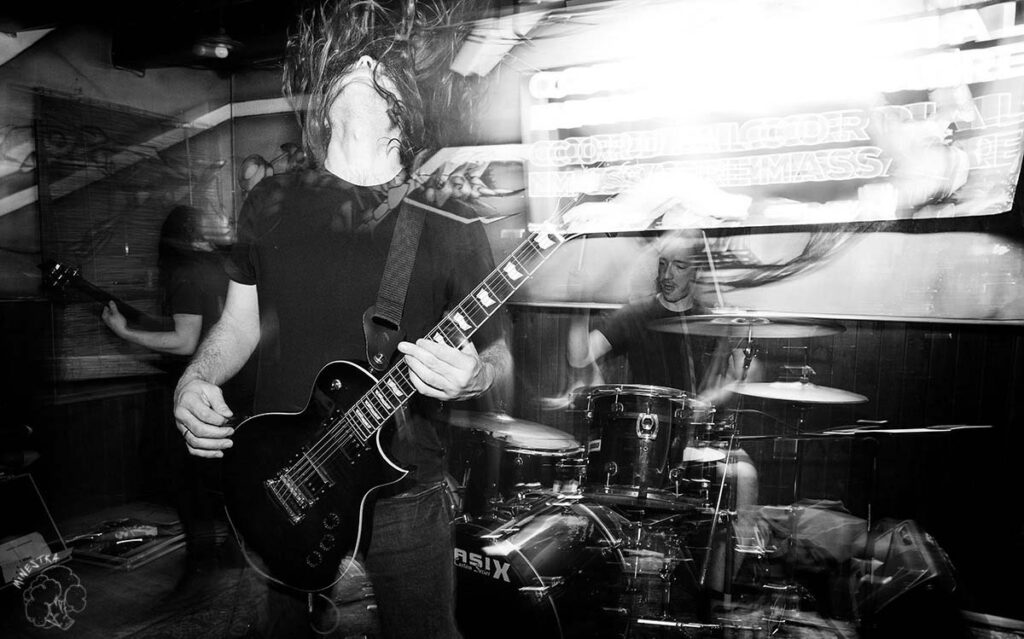 »Hadean Tides« is their first release to showcase the band’s complete line-up, including Matija Dolinar (Siderean) on guitar and Claudio Troise (Tenebra) on bass, stands as an aural descent into the sombre chaos of an unformed planetoid of unknown origins.