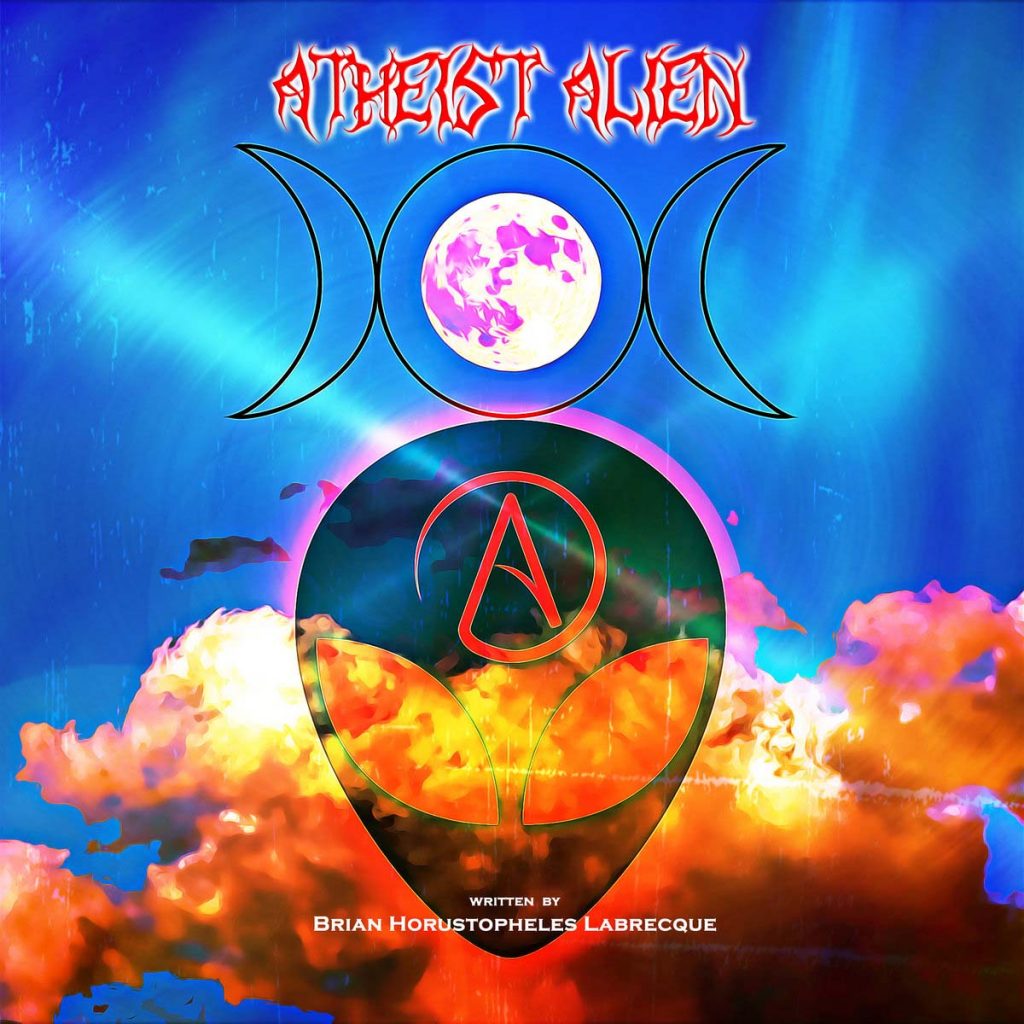 Born from the cold ashes of a thousand dead gods. Atheist Alien is epic spoken word poetry in the tradition of the Iliad, the Mahabharata and Edgar Allan Poe, fused with the dark unrelenting brutality of Doom Metal.

The story is of a lone human, lost in a haze of anonymity and purposelessness, captured by the Earth’s sick religions in their desperate attempt to rob people of their freedom of thought and reliance on factual reality, climaxing with the lone human’s Homeric transformation
into a vengeful, mythical anti-God lunar deity.

To explore the duality of brutality, there are two tracks, one brutal Doom Metal, and the other with the metaphysical ethereal sounds of space and time.
Dual versions of the same epic tale, meant to crawl into both sides of your consciousness.
Like nothing you’ve ever heard, like nothing ever to come.

Part 1 intentionally recorded with slightly off-time guitar which syncs up on its own about once every minute. It’s ALIVE!