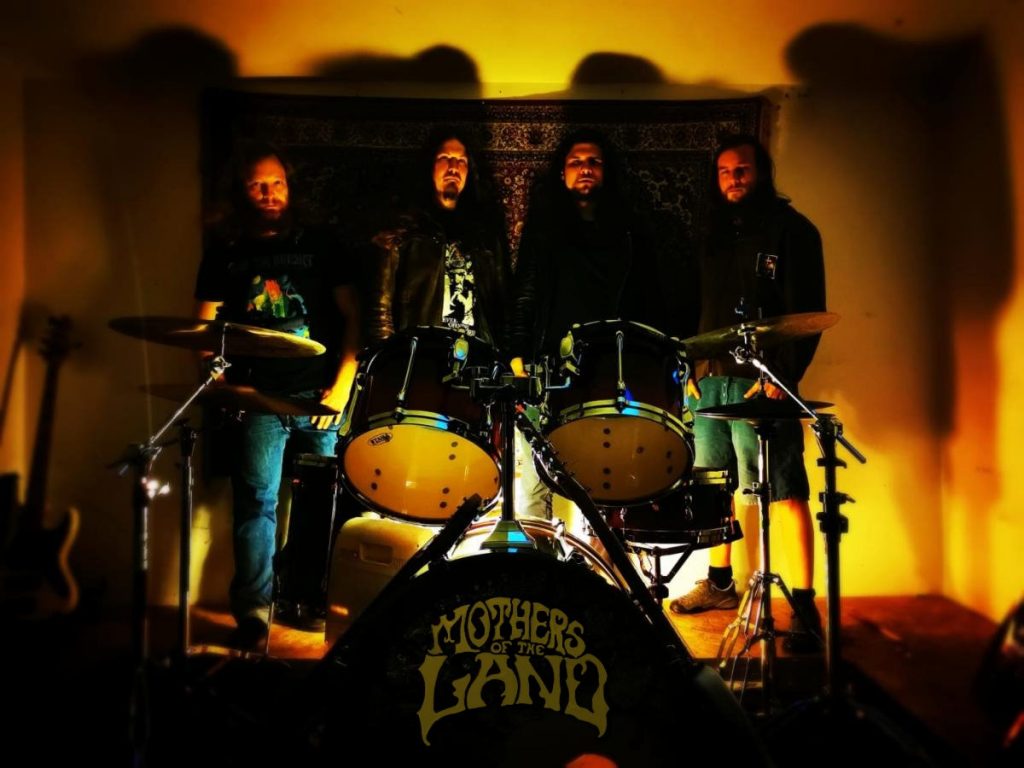 Austrian instrumental heavy psych band Mothers Of The Land premiere a music video for the track »Cold Sun« taken from their debut album, »Temple Without Walls«, released back in 2016.

Says the band: “Finally the video to our song »Cold Sun«, featured on the album »Temple Without Walls«, comes to light!

Heavy rock in front of ancient ruins seemed kind of fitting some years ago when we started this video project, but it took us 3 years, a pandemic and the enthusiastic work of many volunteers to finalise this epic trip.

A huge THANK YOU to everyone involved!”

“This Saturday we play a show with our friends and great musicians Ryte in Arena Beisl Erdberg, Vienna! Shows are between 20.00 and 22.00, so be on time,” Mothers add.

The riff-smiths Mothers Of The Land are an instrumental heavy psyche rock band known for crafting powerful vintage rock epics, centered around the spiraling psychedelia of their twin lead guitars. Their first album »Temple Without Walls« has been described as “Wishbone Ash on steroids and coke” and was well received by heavy rock listeners worldwide. Since then the band has been sharpening their axes in preparation for the release of their second album »Hunting Grounds«.

Mothers of the Land is a rock group founded in Vienna 2012, by Georg Pluschkowitz (Pastor) on guitar, Johannes “Jon” Zeininger on bass and Jakob Haug on the drums. After having tried different formations, they found their ideal constellation in 2015 with Jack Jindra (Locracy) on the additional guitar.

Not long after, in June 2016, their live recorded DIY debut album »Temple Without Walls« was released and gained a great international reception from listeners, artists and bloggers, resulting in fruitful collaborations around the globe.

Having played dozens of concerts with international headliners like Asteroid, Elder and Red Fang, the band provides powerful performances that lure in the audiences deeply through the surreal worlds they create. All those experiences were used to forge new material, which finally formed their second album »Hunting Grounds«, released on June 19th, 2020 via StoneFree Records.