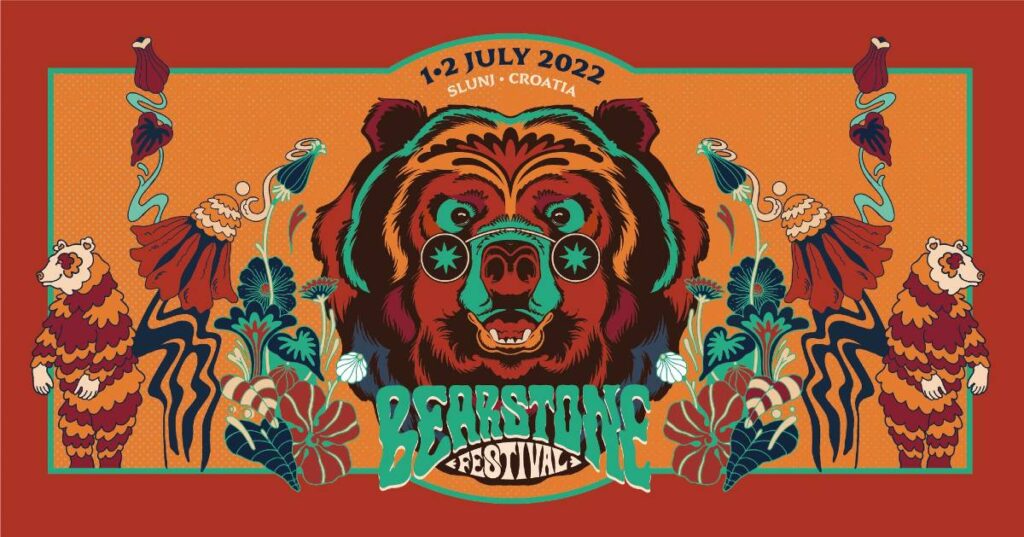 Welcome to Bear Stone Festival, the first of its kind, which will took place on July 1-2, 2022 in Slunj, Croatia! Stunning landscapes, mind-blowing psychedelic art installations and projections will shape the unique festival experience and make you question reality.

This year’s edition of the festival is titled Year Zero Edition that will start off Bear Stone Festival with a special preview with FREE entry and LIMITED attendance to a 1000 visitors. Tickets (max. two per person) can be purchased online in digital form on THIS LOCATION!

The festival takes place at Donje Primišlje, Slunj (Croatia) on a breathtaking location situated right next to the river Mrežnica which is known as one of the most pristine rivers in Croatia with its signature emerald color. The festival is located in the Mrežnica canyon and is completely surrounded by forest. Both the forest and the river is what makes the festival site a part of nature in its most fundamental and untouched form. The festival site is a 15 minute drive from the towns Slunj and Ogulin on each side, a 45 minute drive from the world famous Plitvice Lakes national park, an hour drive away from the capital Zagreb, and an hour and a half from the Adriatic Sea. 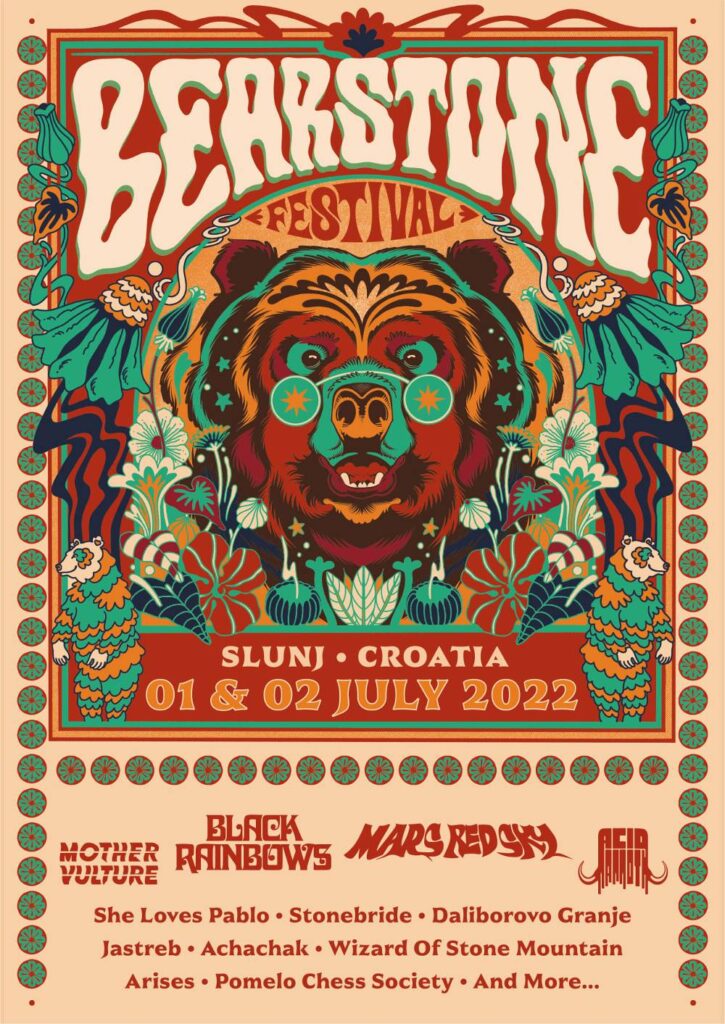 MARS RED SKY (FR)
Beyond a highly recognizable Heavy Psych, Stoner rock, and Doom sound, Mars Red Sky have been opening gateways to new dimensions with their otherworldly songs since their self-titled debut back in 2011. Their hulking yet trippy brand of heavy psych rock takes you on an infinite journey.
Facebook | Instagram | Bandcamp

BLACK RAINBOWS (IT)
Black Rainbows are now established among the best Heavy Psych Stoner Space bands coming from Europe, spreading the word of Fuzz since 2007! Their sound has oozed between classic ‘90s-style stoner fuzz and deep-cosmos psychedelia, drawing on the best of hard-driving space rock to conjure a vibe totally tripped-out.
Facebook | Instagram | Bandcamp

ACID MAMMOTH (GR)
Acid Mammoth is a Doom metal band from Athens, Greece. The band was formed in 2015 by Chris Babalis Jr. (Vocals & Guitars) and Dimosthenis Varikos (Bass), good friends since high school, with a deep love for Sabbath and other heavy music.
Facebook | Instagram | Bandcamp

MOTHER VULTURE (UK)
Hectic Blues Punk with a live show so chaotic it will leave you with horrific injuries. For fans of being happy, achieving your dreams, and not dying.
Facebook | Instagram | Bandcamp

SHE LOVES PABLO (CRO)
She Loves Pablo, a groove rock band from Zagreb, has been one of the pillars of the domestic alternative scene for almost 15 years. Their greasy, blues-filled riffs, penetrating vocals, and powerful rhythms, combined with explosive and precise performances earned them the reputation of one of the best live bands.
Facebook | Instagram | Bandcamp

STONEBRIDE (CRO)
Brotherhood since 2005! Taking from various (sub)genres such as Heavy Rock, Psych, Alternative, Prog, Stoner, Doom with a nod to the underground and mainstream scene of the ’90s, they have maintained the musical path which only continues to grow and expand with years.
Facebook | Instagram | Bandcamp

DALIBOROVO GRANJE (CRO)
Daliborovo Granje is a 5 man Psychedelic, Progressive, Post-rock band. The band strictly plays instrumental music, which is heavily influenced by various world music melodies (oriental, middle eastern, balkan…) combined into the standard post-rock/psychedelic rock genre, with the addition of various other genres like Surf rock or Stoner rock, although they don’t like to be put in boxes/categories and just want to play the music they feel like playing at the moment.
Facebook | Bandcamp

JASTREB (CRO)
Hailing from the 13th century, these mystical psychedelic krautrock troubadours failed to destroy the Earth in an apocalyptic event gone horribly awry. After this failure, making music seemed the only way to get cosmic redemption and women.
Facebook | Bandcamp

ACHACHAK (CRO)
Achachak is a stoner rock band from Vučipolje, Croatia. Formed in 1999, Achachak has released three EPs and two full-length albums. “Sounds like Matt Pike and Liz Buckingham having a child and the same child being raised by the band Clutch and sober Uncle Ozzy. ”
Facebook | Bandcamp

WIZARD OF STONE MOUNTAIN (CRO)
Wizard Of Stone Mountain is a doom, stoner, sludge, psychedelic rock metal band from Split, Croatia. They were active during the 2000s and then broke up after recording material (I) and playing a concert. In December 2009 the band started to play again. In November 2018 they released their second album (II). They got their name from an episode of ”He-Man”.
Facebook | Bandcamp

ARISES (CRO)
Arises is a melodic groove metal band from Zadar, Croatia. These veterans of the Croatian scene have been working under this name since 2019. The only way to witness the power and precision of the band is to witness them live. You will not be disappointed.
Facebook