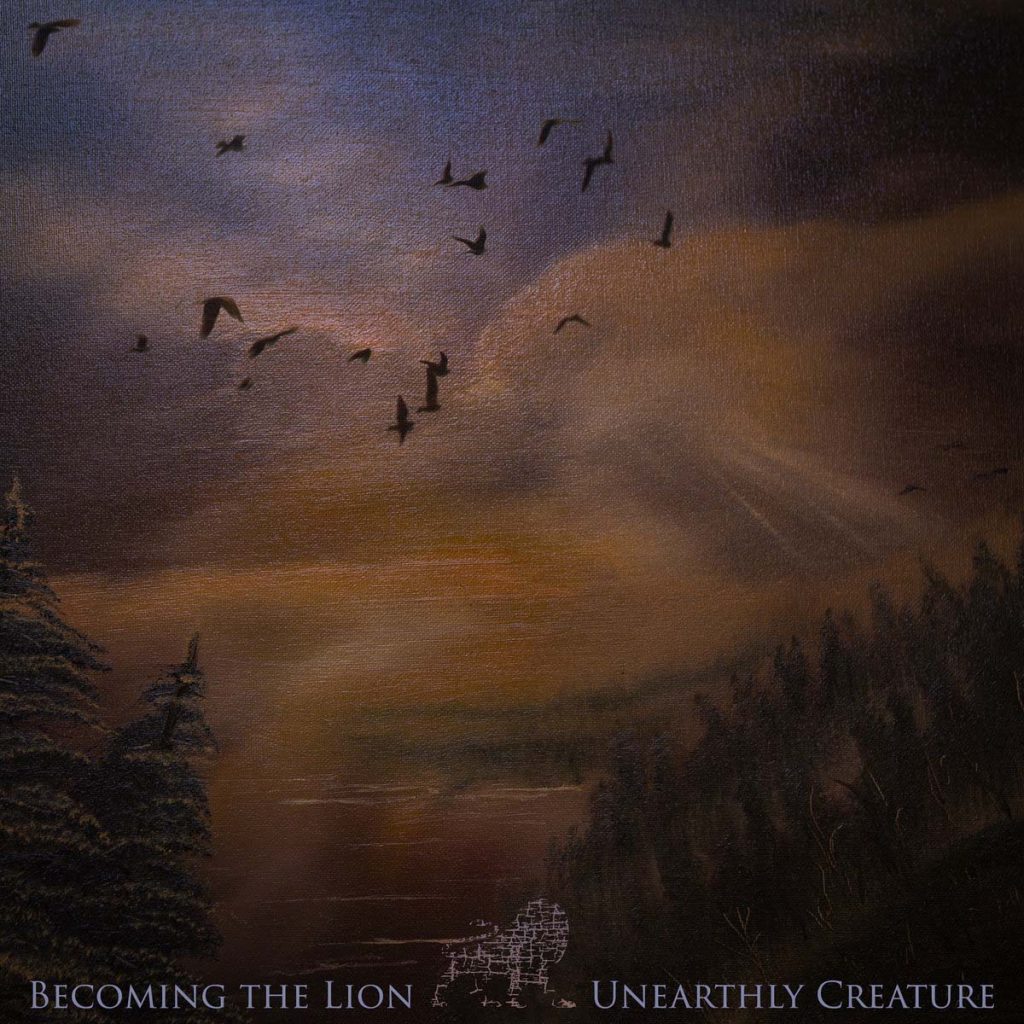 Post-rock band Becoming The Lion hailing from Milwaukee, Wisconsin announce their new EP, »Unearthly Creature«, which will be available in CD and digital formats on December 4th, 2020.

You can already listen to the closing track »Silent Return« below.

Born in a midwestern basement in 2009, Becoming The Lion has evolved from an instrumental solo project to a post-metal four-piece that channels Russian Circles, Deftones, and more. With Ross Blomgren on guitar and vocals, Dan Mazur on guitar and vocals, Grant Chapman on bass and Dennis Paterkiewicz on drums, Becoming The Lion released the »Ghosts Of A Fallen Soldier« EP in 2018 and is looking forward to unleashing the follow-up EP »Unearthly Creature« in 2020.

This marks 8 years since the original intrumentals of »Unearthly Creature« were released to the masses. This was the second EP written for the project and signified a move away from the norm this point. Bands like The Dear Hunter and Saosin started making their way onto the playlists. This introduction, fused with my interested in post-rock and post-metal, put a different spin on the writing process. We now continue the experiment this project started on but not only have we rebuilt these songs from the ground up, tapping in to that same inspiration, vocals have been added to fully realize the original blueprint for this EP.