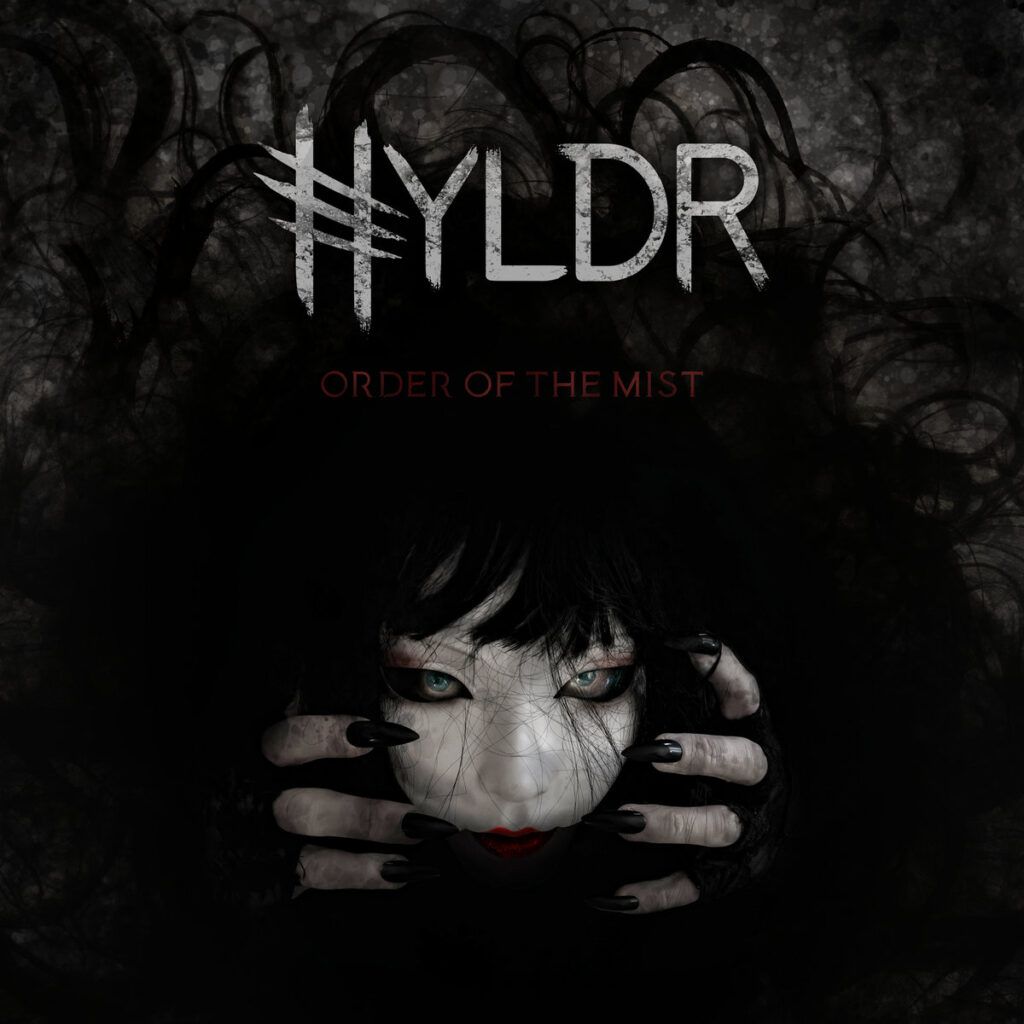 Says the band: “Dear Huldras, Hyldr just released its first album, »Order Of The Mist«. 8 tracks of gothic doom metal. Listen to it on all major streaming platforms!”

Hyldr is a gothic doom metal band. The many facets that make up Hyldr’s music reflect the different musical and cultural horizons of its members. Lady IX, masked, dressed in a black kimono, has an extraordinary vocal range. Originally from Wales, she has bewitched four French and Belgian musicians.

Most of the music of »Order Of The Mist« was composed before the first rehearsals of Hyldr by guitarist VI. When he met the singer he was eager to hear what Lady IX would do with it.

Synesthesia kicked in and the rich melodies turned into metal operas, telling old folktales that would soon turn into a book. These stories of a young supernatural girl from Hokkaido who ends up trapped in a world of deadly Norse mythology, form a map that guides every song of the album. 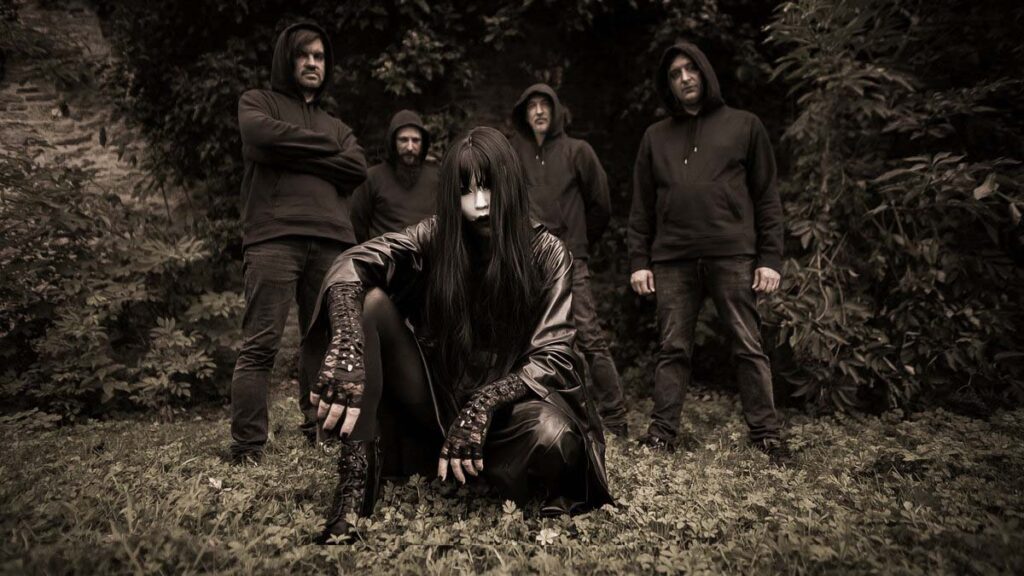 The specific order of the songs does not follow the chronology of the “Hyldr Chronicles”, but slices the story up like a dissected corpse. The orchestrated guitar duets and vocal choirs pull the strings of every character. The drums and bass drive the mist forwards, bringing the protagonists back to life every time the record is played.

The album title refers to rulers of the underworld in Nebelwood Forest where the shape-shifting Huldra folk have the power to bring back the dead. This occult order uses the mist to manipulate the realms of humans and force them to fight a never ending battle. The idea of the mist having some kind of order is an intentional paradox, although the mist occurs at specific times of day or night depending on temperature, air pressure and humidity. But does the mist orderly invade our lands or is it a chaotic outburst of climatic chemistry? Only the Huldra know…

VI comments: “The Wavelight Factory was the perfect place to record the album. We had plenty of time to experiment percussive elements and tons of arrangements. I like the fact that we did not use any choirs plugin for vocals, all voices were recorded by Lady IX.”

Music by Hyldr.
Lyrics by Lady IX.
Recorded mixed and mastered at Wavelight Factory by Phil Reinhalter.
Produced by Hyldr.