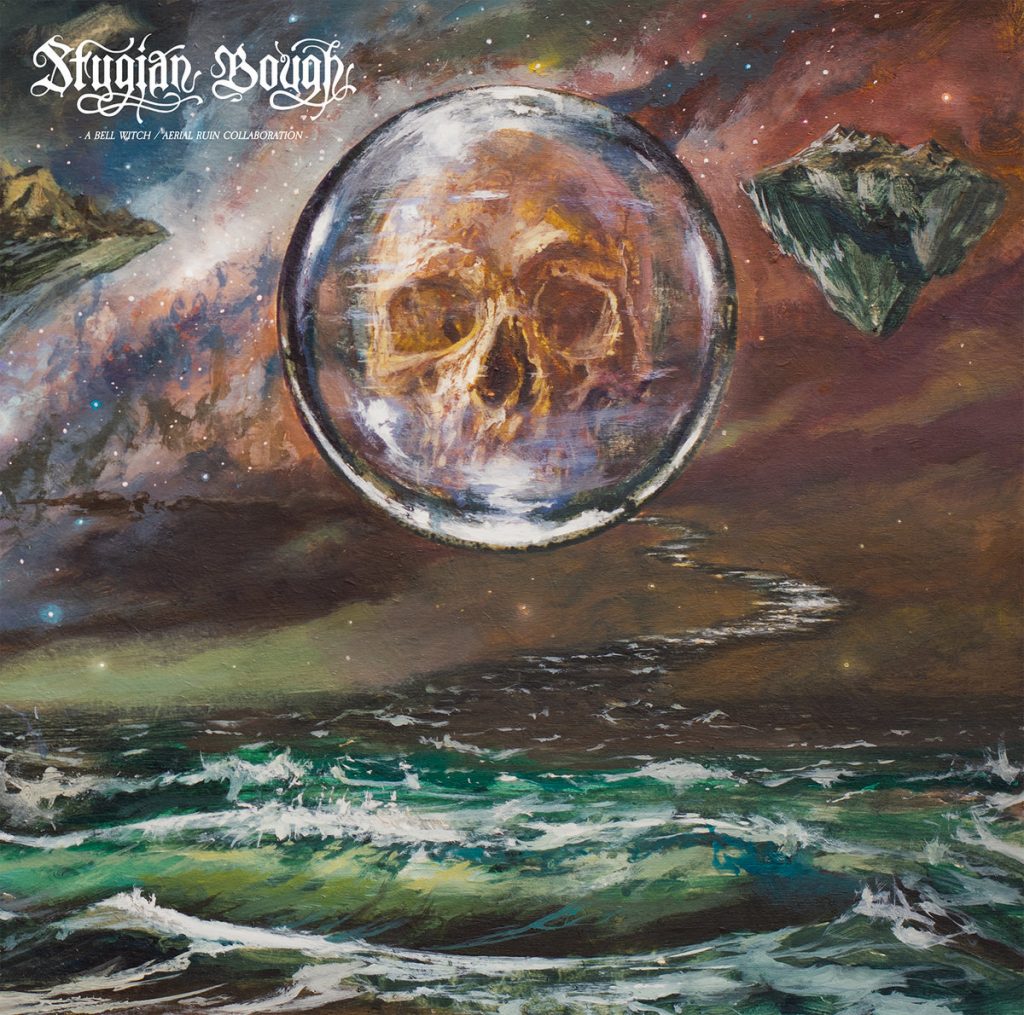 Bell Witch and Aerial Ruin announce collaboration album, »Stygian Bough Volume I«, which is coming out on June 26th via Profound Lore Records.

“We started working on collaboration material together sometime in 2019,” says Bell Witch’s Dylan Desmond. “But there was writing going on as far back as 2018. The original approach was going to be doing a split record in which we each covered specific songs from each other’s catalog.”

“It started in early 2018, I think,” Aerial Ruin’s Erik Moggridge adds. “By late autumn 2018, we were all three jamming and going through the ideas and writing lots of new ones. We then had to shift gears to rehearse for the Mirror Reaper (in its entirety) European tour in December 2018, but soon picked back up with writing in early 2019, which continued off and on right up until we entered the studio.”