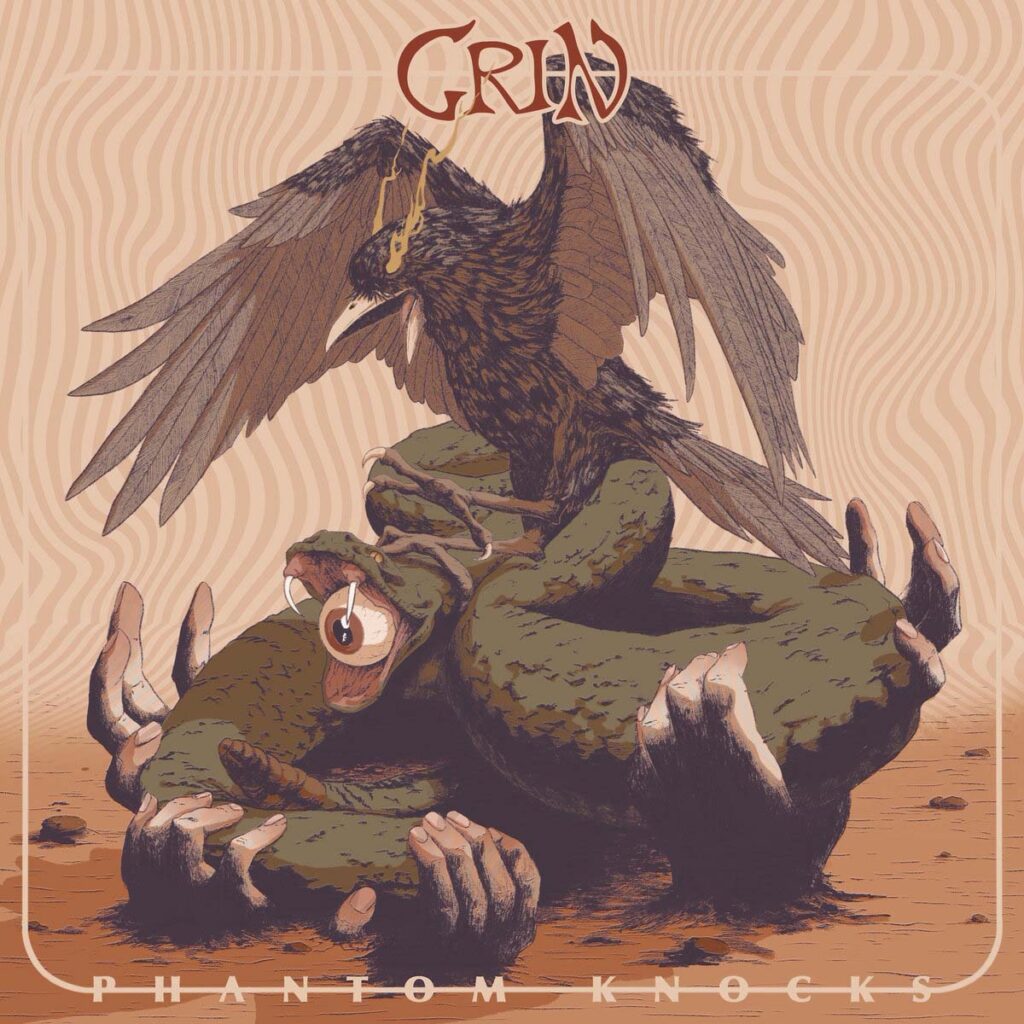 Nothing has changed yet everything is different when it comes to »Phantom Knocks«, a collection of eight shamanic desert rituals that emanate from the mysterious space between the supernatural and the extraterrestrial. The manic tribal beat of album opener and previously-released, first single »Transcendence«, comes rolling in like a psychic thunderstorm, extrapolating the collision of millions of tiny aqueous ions to the mighty thunder of Sabine Oberg’s bass, which continues to send seismic shockwaves throughout the rest of the album to leave you shaking on your feet. Meanwhile Jan Oberg’s clean voice and spectral grunts create a haze through which high pitched droning guitars fade in and out, like tones of supernatural frequencies cutting through the haze of reality. »Phantom Knocks« takes you on a rocking ride across shifting extraterrestrial desertscapes, while your spirit flies high above in a mystic transportation through the astral plane. 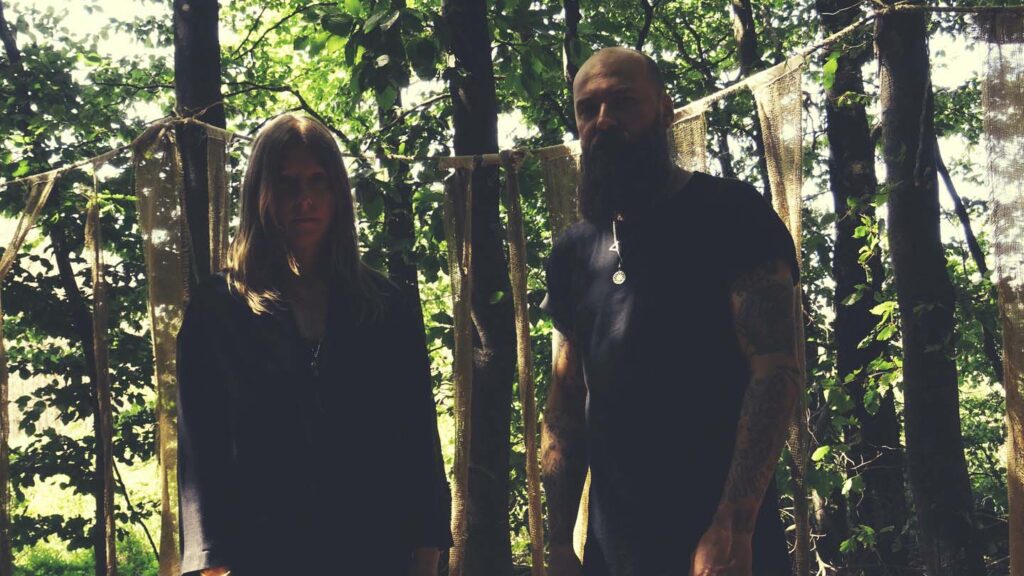 The groundwork of Grin’s trademark heavy drum and bass sound was already laid as early as their 2018 debut album Revenant, which is no surprise, since Jan and Sabine have been actively making heavy riff-laden tunes for over ten years. »Translucent Blades« in 2020 further solidified Grin’s brand of sludgy psychedelic doom metal with the addition of high pitched guitar drones and eerie soundscapes. Again recorded in Jan Oberg’s own Hidden Planet Studio, »Phantom Knocks« has the same earth-shattering qualities as its predecessors, but is in every way more vivid and more powerful, aptly demonstrating how the Berliners have perfected their chemistry.

»Phantom Knocks« will be available as CD, Tape Cassette and Digital formats on October 14, 2022, with a Vinyl release to follow soon. The album will be issued by the band’s own label imprint The Lasting Dose Records, the pre-sale is available at THIS LOCATION!