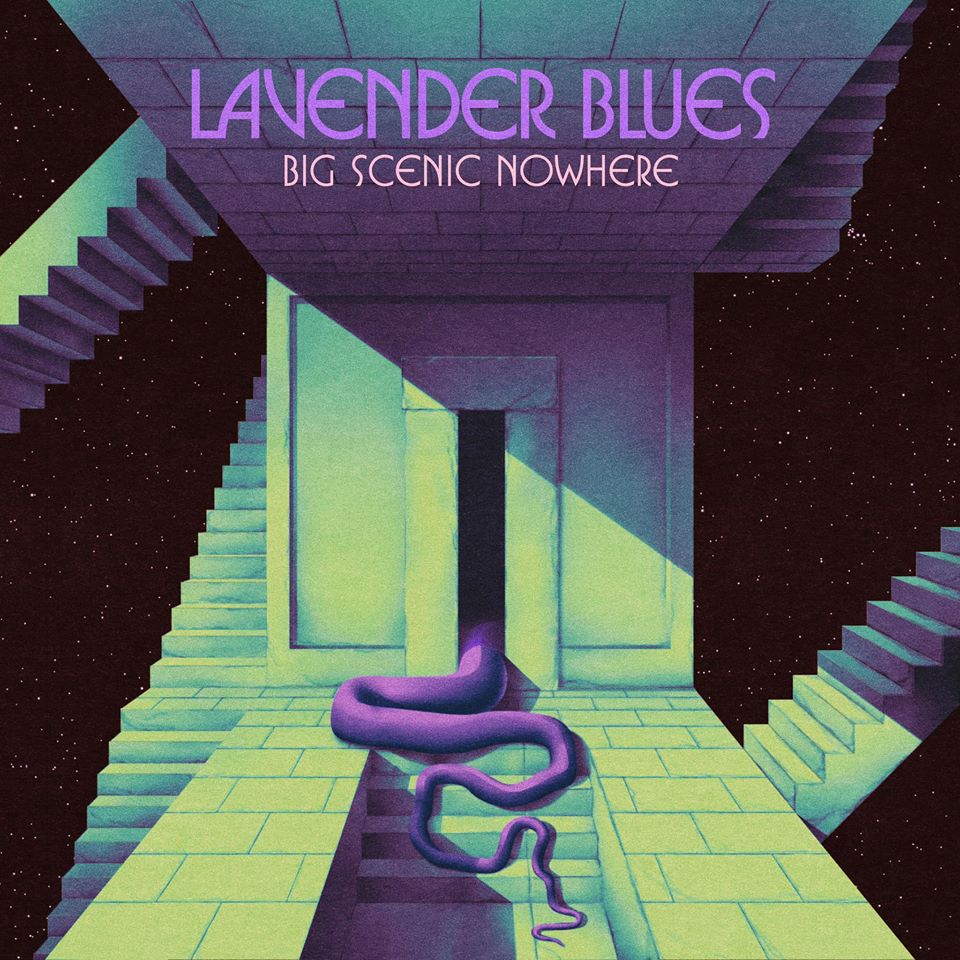 “This song features Chris Goss (Masters Of Reality) and Per Wiberg (ex-Opeth, Spiritual Beggars). Chris cruised out on the third day of our session and we jammed four tunes all around 10 mins long. I played bass on one song. That song is »Blink Of An Eye«. Chris Goss manned my pedal board and amp and I played Tony Reed’s bass rig. Gary Arce came up with the main riff and Bill Stinson laid down a massive groove. Tony added guitars and vocals after getting inspiration from one of Per’s key melodies that were sent to us after the session. Per also ripped the solo at the end. This song has a Herbie Hancock meets Alice Cooper meets 70’s pop rock vibe to me. Tony Reed’s vocal hooks are insane! I still have to dig into some of the other Goss jams. He rules and we were super stoked to jam with him, talk about gear and band,” says Bob Balch.

Big Scenic Nowhere is coming back with a new killer EP titled, »Lavender Blues«. The band boasts a core of members consisting of Bob Balch from Fu Manchu, Gary Arce from Yawning Man, Bill Stinson from Yawning Man and Tony Reed from Mos Generator. This time the album is going to feature great names like Per Wiberg of Opeth and Spiritual Beggars on synth and piano, Daniel Mongrain of Voivod on guitar and finally Chris Goss, the mighty producer of Kyuss and of Masters Of Reality on guitar.

The sound once again has this mellow and psychedelic attitude, with pinches of space rock and a matrix of desert sound, but you can also hear some progressive passages, and old school hard rock riffing here and there.

The EP has a length of 25 minutes and is composed of 3 songs. One is a long suite of 13 minutes, all songs mixed and mastered by Tony Reed. The album once again features the cover art of the visionary Max Löffler (Kadavar, Elder, The Shrine).