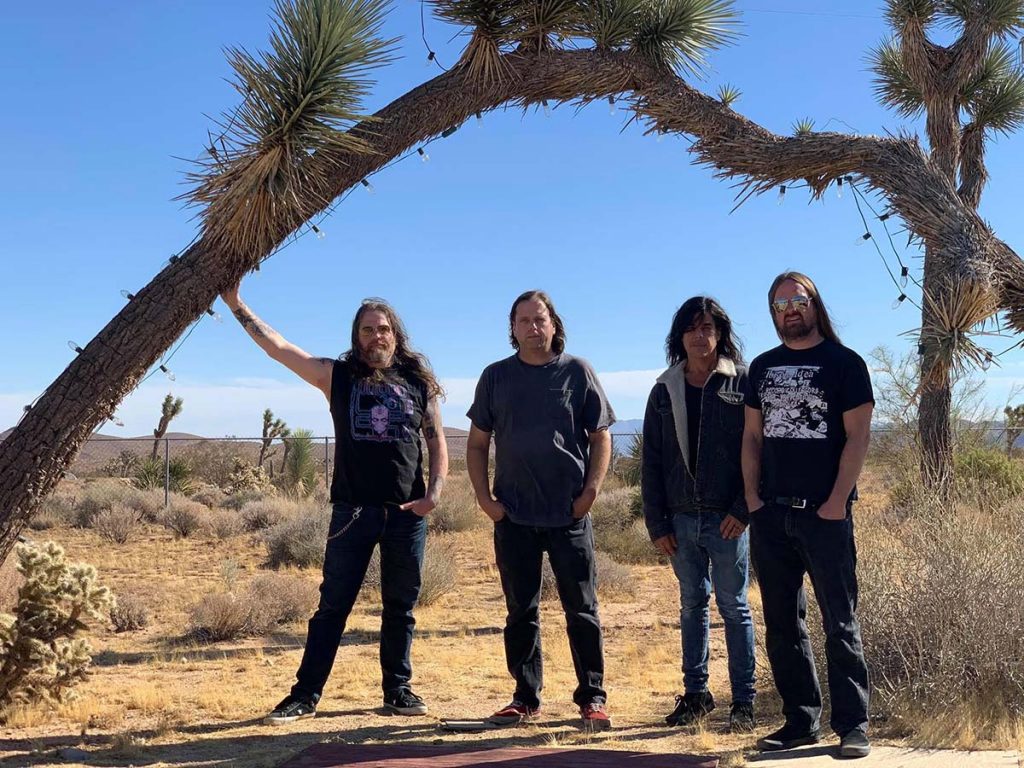 The desert rock supergroup Big Scenic Nowhere has signed a new deal with Heavy Psych Sounds for the release of their upcoming new album »The Long Morrow« in early 2022.

Big Scenic Nowhere have just revealed the first guest on their new album. The band comments: “Our first guest on »The Long Morrow« is none other than… Reeves Gabrels (The Cure, ex-David Bowie, ex-Tin Machine).

We are super stoked for you all to hear his contribution to our album. We’ll post some clips/home studio video soon! Thanks so much!”

We are more then stoked to announce that the desert super-band Big Scenic Nowhere has signed a new deal with Heavy Psych Sounds.

Anyone familiar with the terms “Stoner Rock” or “Desert Rock” have surely heard the names Fu Manchu or Yawning Man. If you’re a die hard fan of the genre, or a causal observer, you know that both bands have been dishing out quality material since the beginning. While stylistically different, both band occupy legendary status. Fu Manchu’s sun-drenched, stratospheric, fuzz worship sound and Yawning Man’s ethereal, ambient delay have never been crossbred until now. It’s certainty a good time to be alive if you’re a fan of either band. We bring you Big Scenic Nowhere…