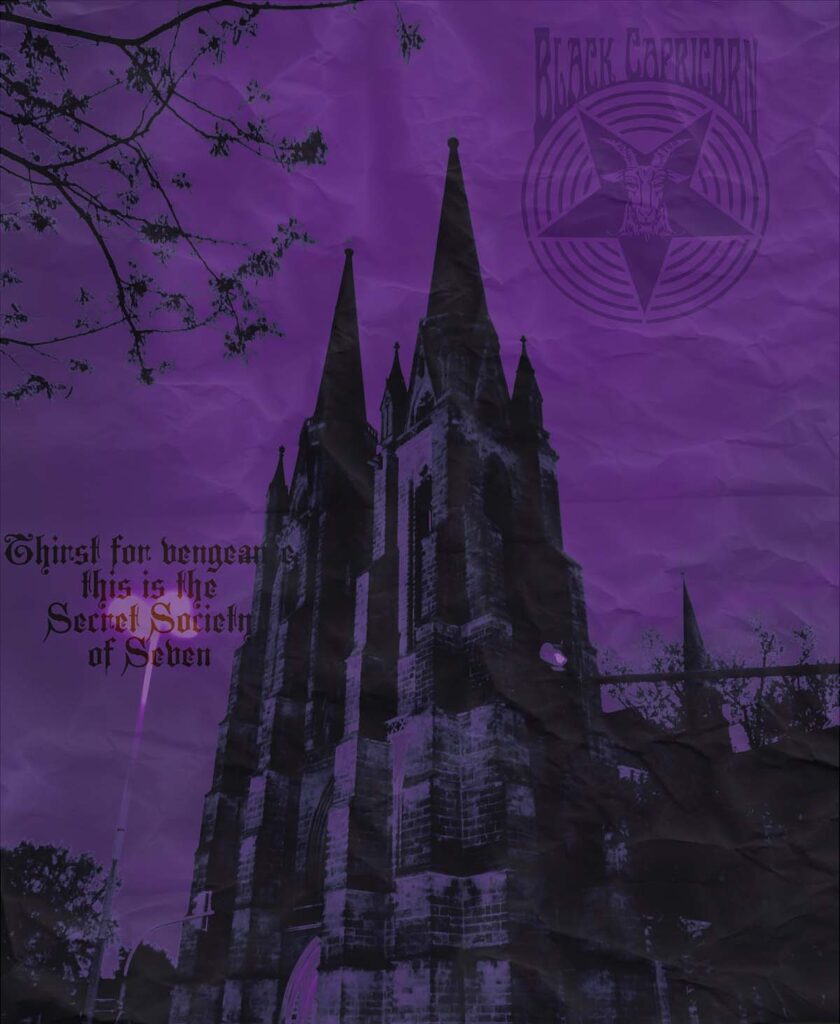 Sardinia, Italy based occult doom metal trio Black Capricorn has announced their new studio album, »Cult Of Blood«, which will be released later this year via Majestic Mountain Records.

Watch a music video for the first single »Secret Society Of Seven« below!

Guitarist and vocalist Fabrizio Monni comments: “We walked for years the same path of a seminal blog, we, in Europe and the mighty Doomed & Stoned in US, so we are beyond excited they are premiering our first single from the forthcoming album to the blog raised by Billy Goate.

Secret Society of Seven is the first track from our new »Cult Of Blood« album. Read the article and click to watch the video. Release will come later through Majestic Mountain Records.

It was supposed to be happy for this news (and we really are) but we received the bad news today that Luce Vee from Hooded Priest/King Heavy passed away. We’ve shared the stage in Vienna some years ago at Doom Over Vienna and personally I and Rachela we met him here and there around Europe in the years talking each others and have fun at concerts. It’s a bittersweet day today for us.

A thought also goes to Marco from the Majestic Mountain records that had a bad accident last week and was under surgery on Tuesday. We wish him a speed recovery. Hope to come next time with only good news. A hug to all of you.”