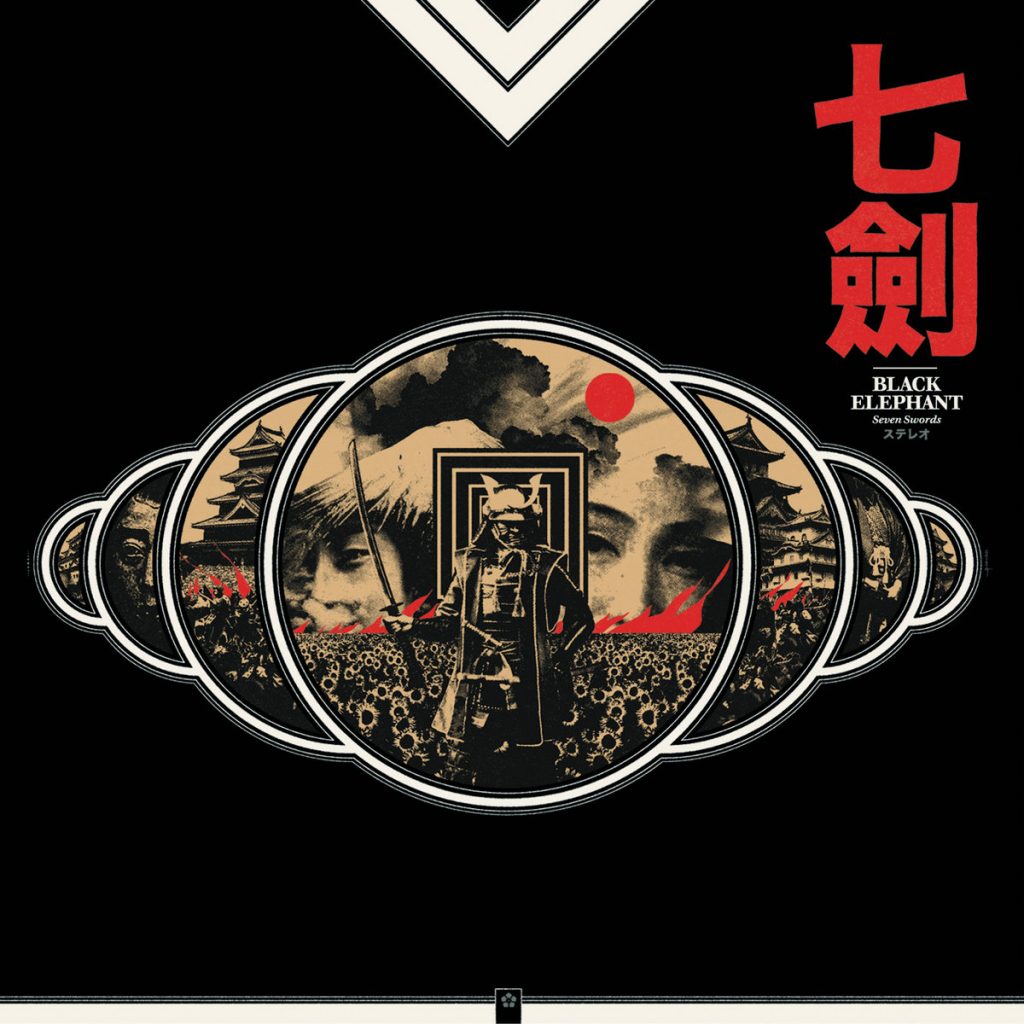 The planets have aligned, and space itself has opened up to grace us with the heavy roll of Black Elephant’s »Seven Swords«. The Italian fuzzmongers mark 10 years of cooperative corporeal existence in 2020 and last checked in from their native Savona in Summer 2018 with the aptly-titled »Cosmic Blues«, and two years and an entire lifetime later they’re back with another collection of classic-minded heavy groovers, picking the best the ’70s, ’90s and ’10s had to offer in riffery and melding spacey blowouts with desert-hued hooks.

»Seven Swords« is the second LP Black Elephant have issued in league with Detroit-based imprint Small Stone Records, and whether it’s the scorching leads of »Yayoi Kusama« or the conscious wink-and-nod of »Red Sun And Blues Sun« a short time later – just ahead of the bluesy »Seppuku« and the near-nine-minute stretch of closer »Govinda« – the four-piece bring their finest work to-date in an efficient seven-track/33-minute stretch, building not only on what they accomplished on Cosmic Blues, but also what their prior two full-lengths, 2014’s »Bifolchi Inside« and 2012’s »Spaghetti Cowboys«, were building toward. This is a band coming into their own, wasting neither their time or yours in the process.

»Seven Swords« was recorded and mixed by Giulio Farinelli at Green Fog Studio in Genoa, mastered by Farinelli at Everybody On The Shore Studio in Milan, Italy, and mastered by Chris Goosman at Baseline Audio Labs in Ann Arbor, Michigan. Fuzz pedals preach on, the sky cracks, and the riffs themselves seem to lock bellies in sumo battles, so what the hell? The world’s ending anyway. You might as well have some fun with it.