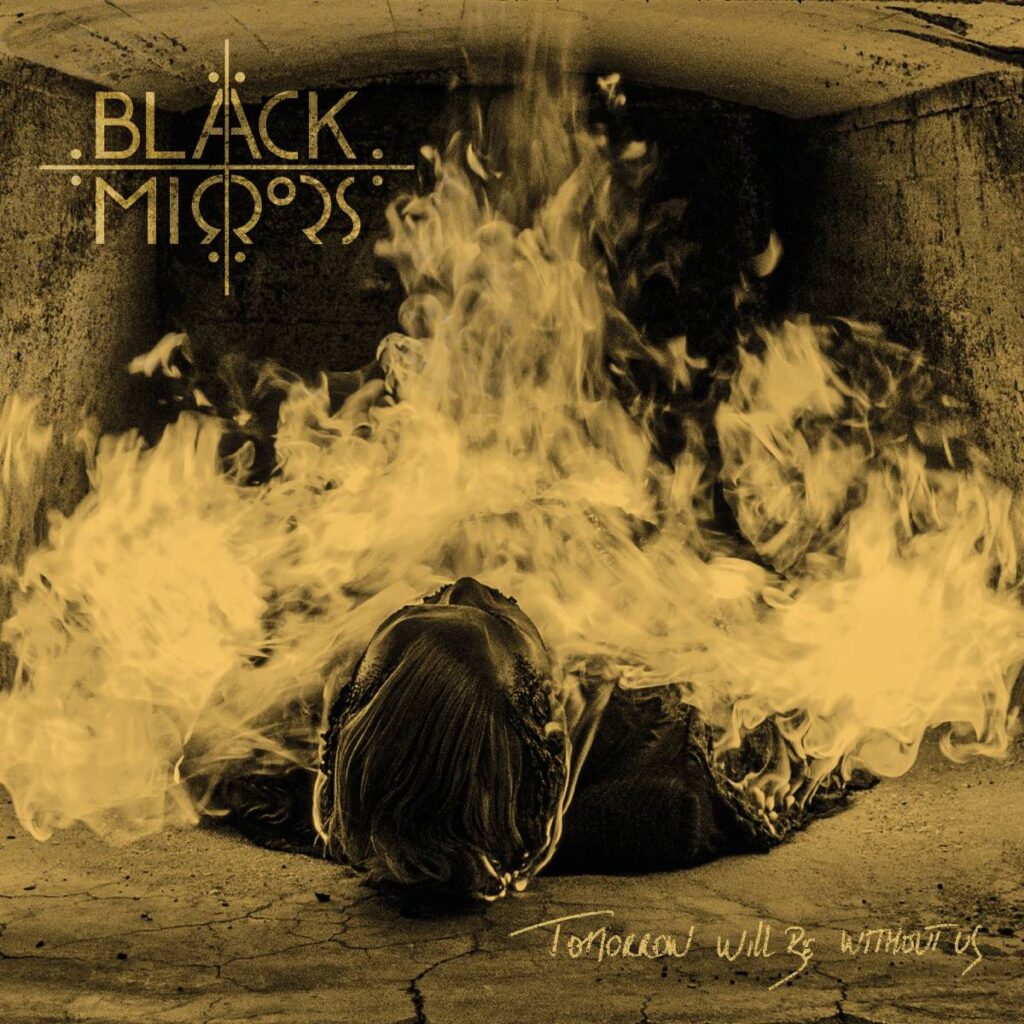 Belgian rock sensation Black Mirrors premieres grunge-inspired new single and music video »Lost In Desert« from their second studio album, »Tomorrow Will Be Without Us«, scheduled for release on November 4th, 2022 via Napalm Records.

November 4, 2022 will see Brussels-based rock act Black Mirrors return with their new masterpiece and sophomore studio album, entitled »Tomorrow Will Be Without Us«, releasing via Napalm Records.

Are we killing our own planet? No, Black Mirrors don’t believe that we as humans have the power to destroy mother earth. However, as the album cover below portrays, it’s clear who will end up burning – all living creatures, us. »Tomorrow Will Be Without Us« is a clear statement impacting every single one of us living on our planet.

As the album’s first single, »Hateful Hate, I’ll Kill You«, has already showcased, »Tomorrow Will Be Without Us« pushes the band’s fuzz pedals to the max, delivering powerful rock anthems you can’t help but move and groove to, yet perfectly proving Black Mirrors’ unforced, versatile and organic talent.

Black Mirrors about the new single: “For this song, Pierre found the inspiration in the Tabernas desert in Spain. Years ago, we shot the video of Moonstone there and the hugeness of the area inspired the mood of »Lost In Desert«. 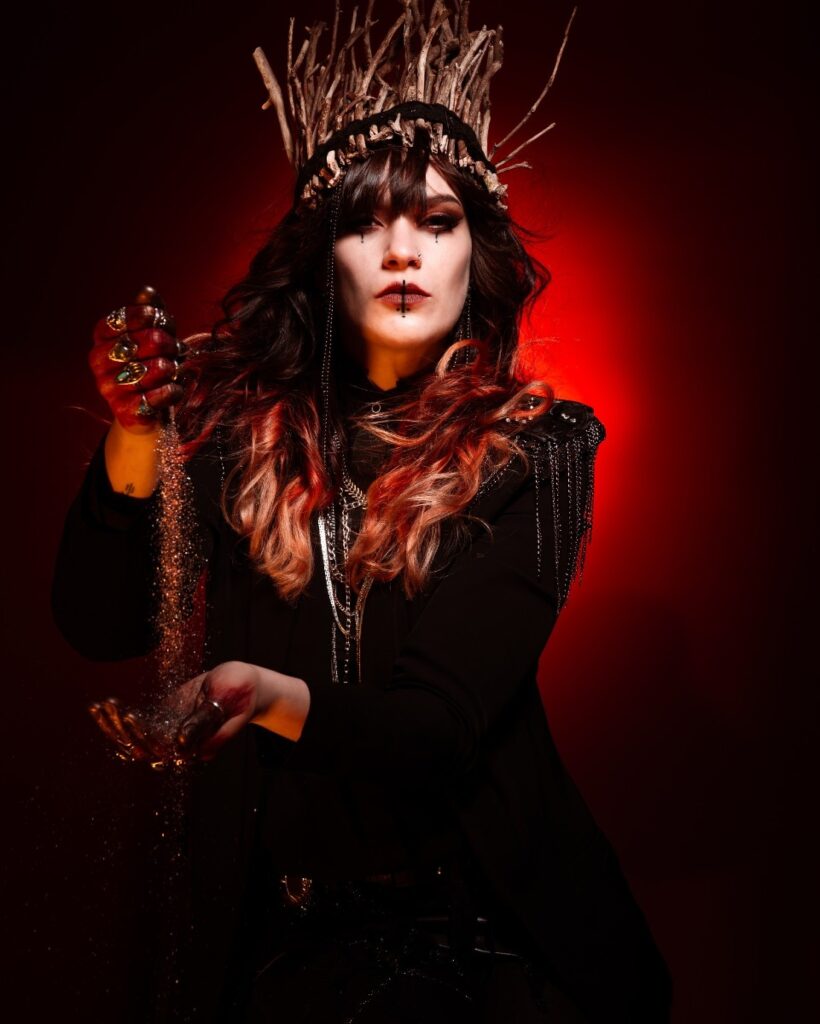 “The faceless people idea is inspired by »People are Strange« by The Doors.” says the band about the new video. “When you’re down, everyone appears wicked and scary, and you just want to avoid them. You want to find a place to hide, an asylum per se.”

Marcella comments about the buzzard: “I always felt close to buzzards, I always find solace when I hear them and see them in the sky. They bring me hope and light in bad times and help me take some distance with my issues. That’s why I wanted to have one in our video.”

In 2017, Black Mirrors took the world by storm with the debut of their awe-inspiring »Funky Queen« EP. Feverishly acclaimed live appearances and a powerful festival showcase later, the band quickly inked a worldwide deal with leading rock and metal empire Napalm Records, soon gaining further praise with the release of their first full-length album, »Look Into The Black Mirror«. Continuing to exceed expectations, the unstoppable Black Mirrors have now crafted one of rock’s leading highlights of 2022 – their upcoming release, »Tomorrow Will Be Without Us«!

Black Mirrors’ second outing is a deep, soulful and vividly textured 90’s inspired rock record with umpteen layers begging to be picked apart with each spin, and lyrically, traverses humankind’s increasing apathy towards the world around them. The grunge-infused guitar lines meld in harmony, giving way to memorable riffs, rhythmic gems, big grooves and the addictive, beautifully unchained vocals of Di Troia. The album fluxes from fierce and blustery to often gentle and calming, channeling the flavor of MTV’s glory era showcasing acts such as Nirvana, Radiohead, Hole, Alain Johannes, Alice In Chains and beyond.

Contrary to the album’s title and its evocative themes about today’s society and a world falling apart, tomorrow does belong to Black Mirrors – there is no doubt they will own the next decade, providing us with the finest in heavy rock and melodic grunge grandeur the world of tomorrow unconditionally needs.

“Like all of us, we had to go through a lot during these past years. »Tomorrow Will Be Without Us« is our answer to all the questions we had during that time, our reflection on the ecological catastrophe we’re all witnessing, our thoughts on our consumerist society…”, the band recently explained. “Writing these songs gave us the strength to go forward and to heal us, it was our catharsis. We deeply hope it will bring you some light in these dark times.”

Together with the touch of worldwide-acclaimed producer Alain Johannes (Eagles Of Death Metal, Queens Of The Stone Age, Arctic Monkeys, No Doubt), Black Mirrors have reset the bar to unexpected heights, and their new album promises to leave its mark on today’s rock scene worldwide! One can be sure, the music world of tomorrow would be a lonely place without Black Mirrors, and »Tomorrow Will Be Without Us« locks them at the top!

Pre-order »Tomorrow Will Be Without Us« HERE!