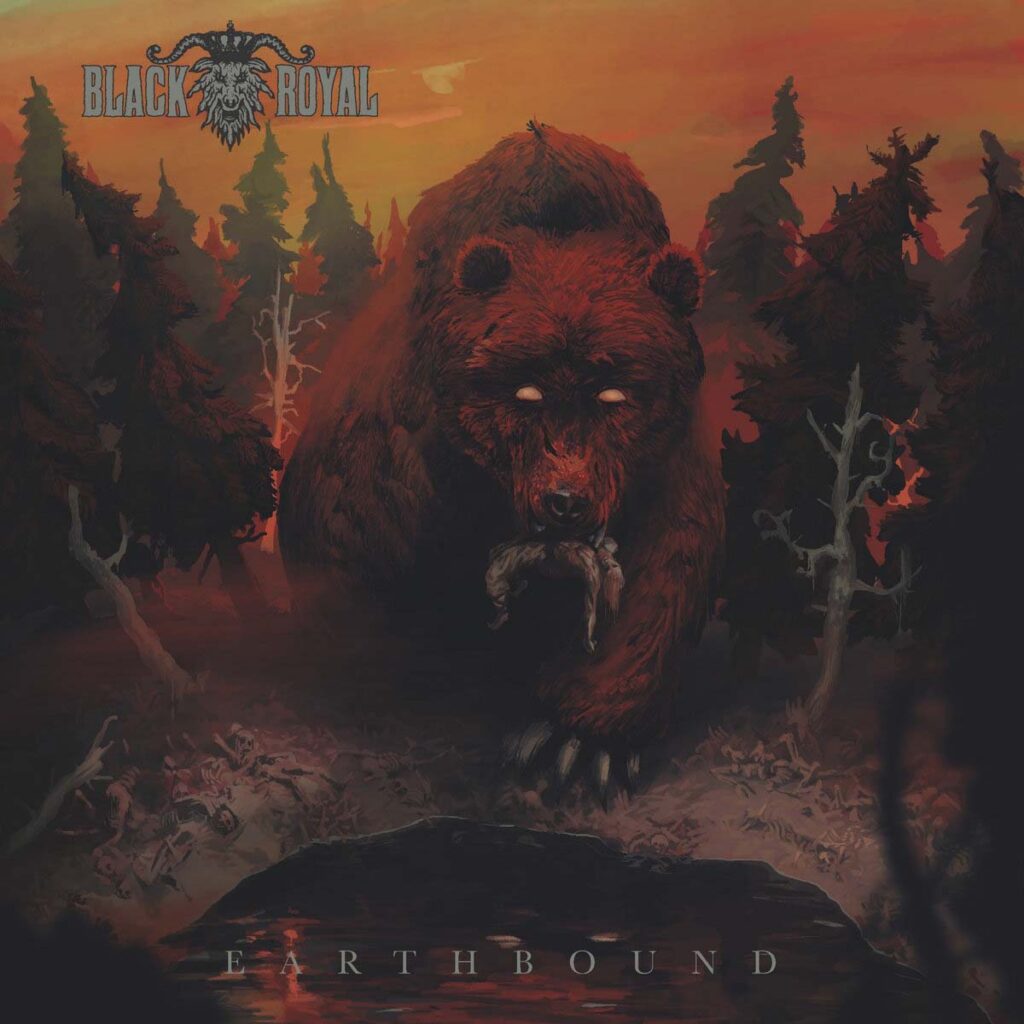 Watch a music video for the third single »Ghosts Of The Dead« below!

Finnish metal quartet Black Royal – whose blend of lurching sludge and groove-laden death metal is inflected with lyrics inspired by Scandinavian and Sami mythology – release the third video for new single »Ghosts Of The Dead«, taken from the group’s new full-length album, »Earthbound«, out October 21, 2022.

Says vocalist Riku of »Ghosts Of The Dead«: “If one wanted to become a sorcerer, the first step was to establish a natural relationship with the dead people. For example, the hands of morticians were believed to have healing power. Only a strong-blooded person can withstand the actions of the dead, but a weak-blooded person cannot. Cadaverous deceased formed a welcoming party when the time of death was approaching. They set forth from the cemetery and gathered around the duing or the place of death. This crowd consists of already deceased souls who had lost their individuality and who were dropped from the reincarnation cycle. A wood spirit tradition in western Finland was influenced by the Scandinavian ‘skogiungfru’-tradition.”

Furthers guitarist Toni: “Musically, this started out with my and Pete’s [bass] idea to get more of an up-tempo rocker for the album but with a twist into something more melodic in the chorus. We wanted to mix Motörhead with Mastodon or something like that. I believe there was hefty amount of beer involved but the whole song brewed together nicely… pardon the pun. We had different riffs and sections of the song kinda planned but the song didn’t really take shape until it was arranged by the whole band with a help of Jukka’s powerful drumming tying it together. The final touches were given by studio wizard/keyboardist guru Juss Kulomaa (who also mixed our two previous albums). This time he added sme beautiful keyboards to the middle section which were the finishing touches on the song.” 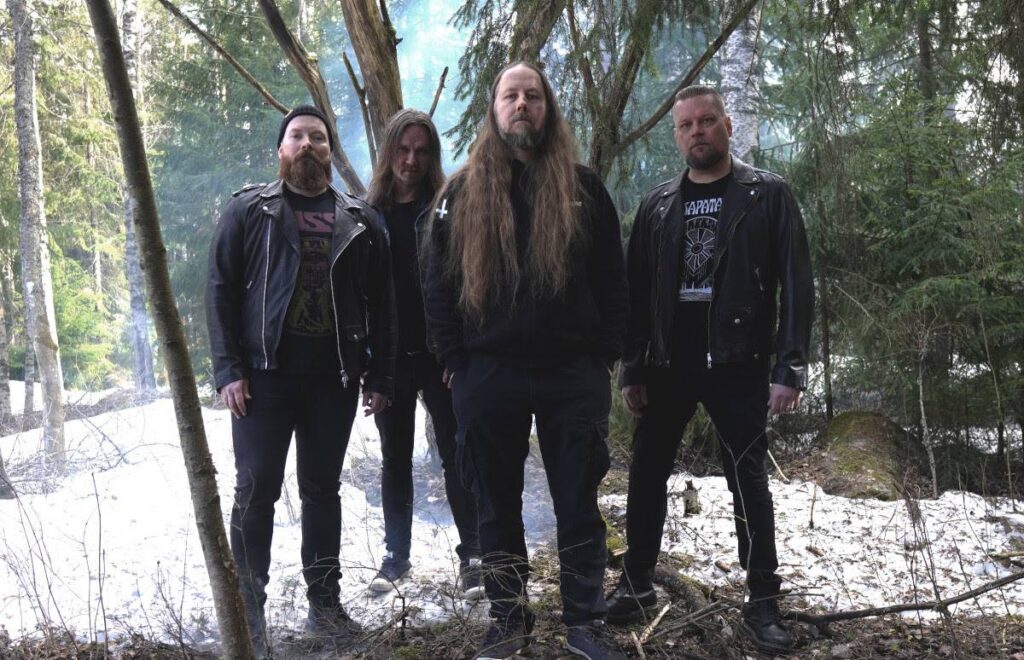 Released in October, you can watch the video for »Ghosts Of The Dead« here, which follows previous singles and videos for »13th Moon« – crafted by Rafael Ortega (Ayreon, Subterranean Masquerade) – and the blistering title track »Earthbound«.

Black Royal formed in Tampere, Finland in 2013, and unleashed two self-released EP’s – 2015’s »The Summoning Pt. 1« and 2016’s »The Summoning Pt. 2« before signing with Swedish-based Suicide Records for the release of their 2018 debut full-length, »Lightbringer«. The latter slab of sludge-infused death metal made waves within their homeland’s metal scene by making Inferno Magazine’s Top 10 Albums of 2018 list. The album was praised by Angry Metal Guy for its “giant riffs and primal groove” and applauded by Metal Temple for its “refined arrangements and impactful atmosphere.” The group also made its presence felt on the live stage after the release of »Lightbringer«, culminating in a performance at Tuska Open Air 2018.

Black Royal’s second album »Firebride« was released in February 2020. The effort saw the group continue to build upon the momentum of their previous effort and refine their varied influences into a more cohesive display of suffocating death metal, hypnotic sludge, and catchy rock hooks. MetalSucks asserted that Black Royal crafted “some pretty gnarly sludge ‘n’ roll” and No Clean Singing noted that “for all its buzz-saw riffery and doomy delirium, »Firebride« [was] all about the hooks.” Ghost Cult Magazine cited vocalist Riku’s “harsh bark” and Jukka’s “mammoth drums” while also giving plaudits to a sound that was “given touches of both tradition and imagination by [guitarist] Toni’s lead play” and bass notes from Pete that resembled “a jet taking off.”

Black Royal entered Studio Watercastle in August 2021 to begin laying down the tracks that would become their third full-length album – and M-Theory Audio debut – »Earthbound«. Mixed by Oskari Hakala Rahko (Lordi, Blind Guardian) and mastered by Jaakko Viitalähde (Convulse, Oranssi Pazuzu), the record is set to be the group’s heaviest mix of sludgy riffs and death metal power yet.