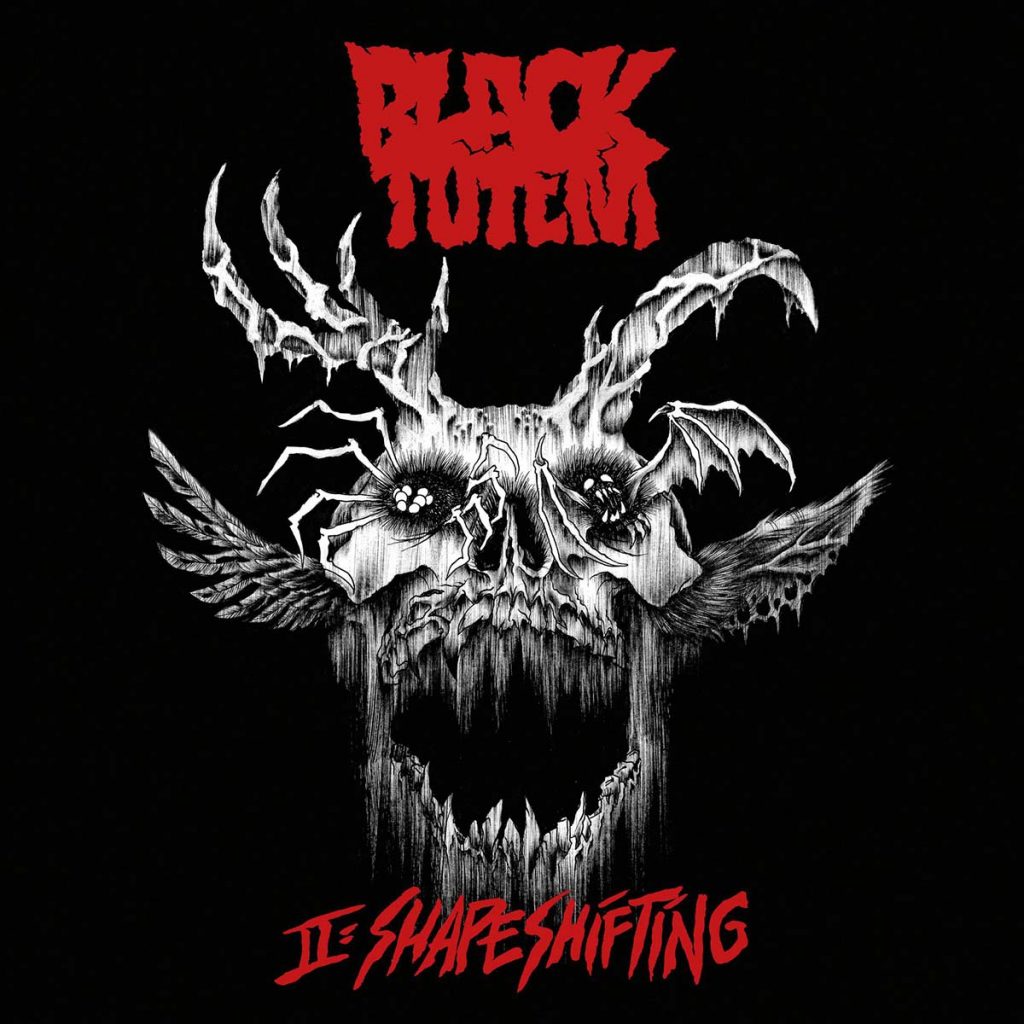 Side B:
B1. Ghoul of Crow Swamp
B2. Dead Meat
B3. Backyard Corpse Blues
B4. Welcome Lucifer
B5. Warlock

Blackened blues with doom and punk influences, Black Totem’s deathrock is overflowing with superstition, vice and horror. Up to no good since 2008, Black Totem are notorious road-dogs of the Finnish underground, cutting their teeth and scraping their raw knuckles in a slew of live shows through the years. The band has shown promise since the early days releasing two EP’s and a self-titled debut album, which won an award for Best Rock Album at the Turku Music Awards in 2016.

With their new album »II: Shapeshifting«, Black Totem are downright lycanthropic, breaking out of their enigmatic origins and taking on a much more unadulterated form. Their catchy, raucous blues songs, with wild, untamed backing vocals and horror-soundtrack keys, give a distinctly Finnish lizard-disco hysteria to their fortified sound, coming across like a blood-bath in a moonshine distillery. Howling at the moon, with lungs of bile, Danzig/Misfits/Samhain influences are fleshed out with the Doom-laden riff-war of Celtic Frost, Venom and Darkthrone. Together with the catchier urban song-craft of the Black Keys, this cauldron of Black Totem’s magic formula makes »II: Shapeshifting« a familiar, yet heavily enjoyable natural genre-clash of their own.

Probably the meanest set of ill-natured radio-friendly hits you will have heard out of the Finnish subterranea in years, »II: Shapeshifting« is rabble rousing. Citing “Deranged people, sleazy films, uncomfortable art and northern predatory animals” along with “Finnish nature” as part of their lyrical influences, Black Totem are a biker bar-fight in a feral zombie Giallo film. All brawn, with splattered brains, and swamp-hut southern bawl, Black Totem are too bad-ass to be a horror punk band and too rocking to be Black Metal. If you like your deathrock to be dangerous, with a large swig of something illegal, then bow down before Black Totem and prepare to be abducted into their werewolf coven.