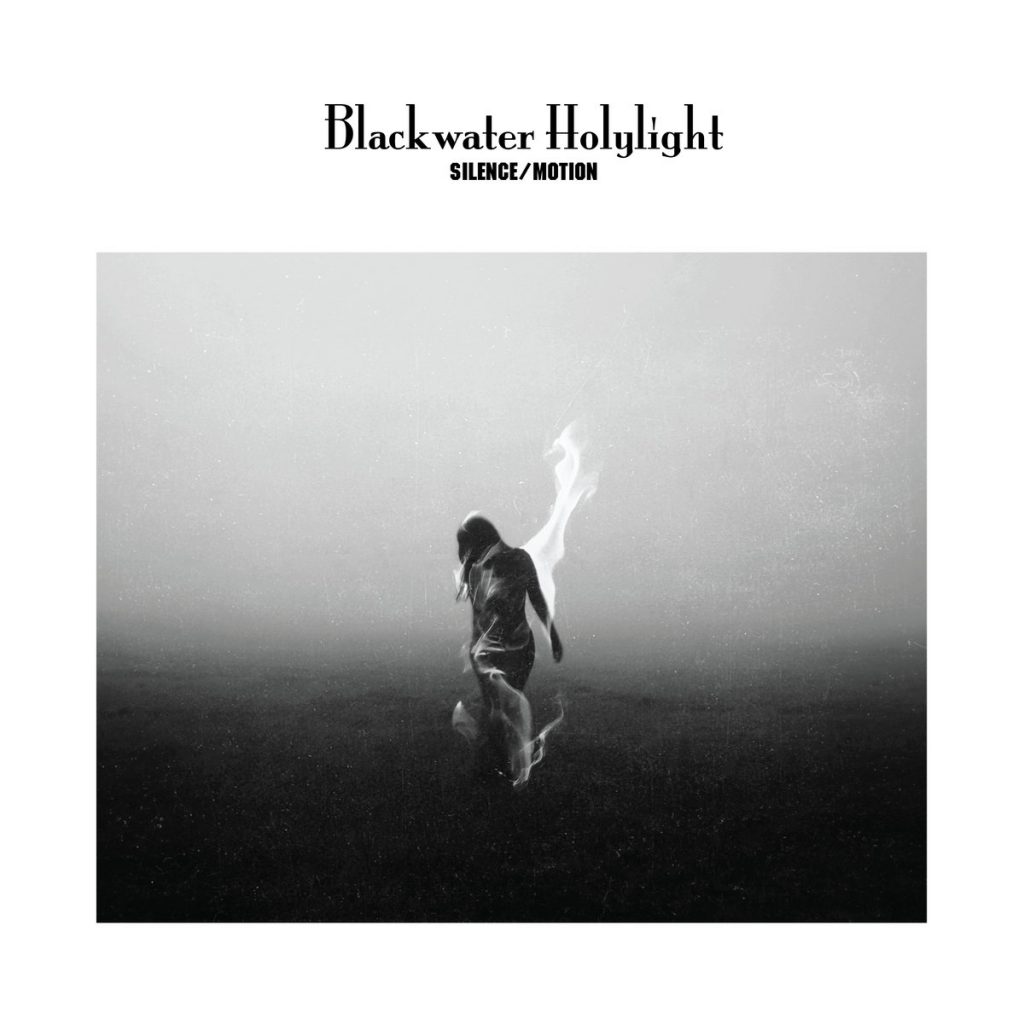 Listen to the first single »Around You«:

Portland, OR band Blackwater Holylight announce their forthcoming third album »Silence/Motion« on RidingEasy Records today, sharing the lead single »Around You«. Hear & share »Around You« via YouTube, Spotify and Bandcamp.

Blackwater Holylight play later this month at Psycho Las Vegas on Thursday, August 19th. The band also announce tour dates with former RidingEasy labelmates Monolord in Europe in November-December, followed by North American shows with All Them Witches. Please see all dates below. 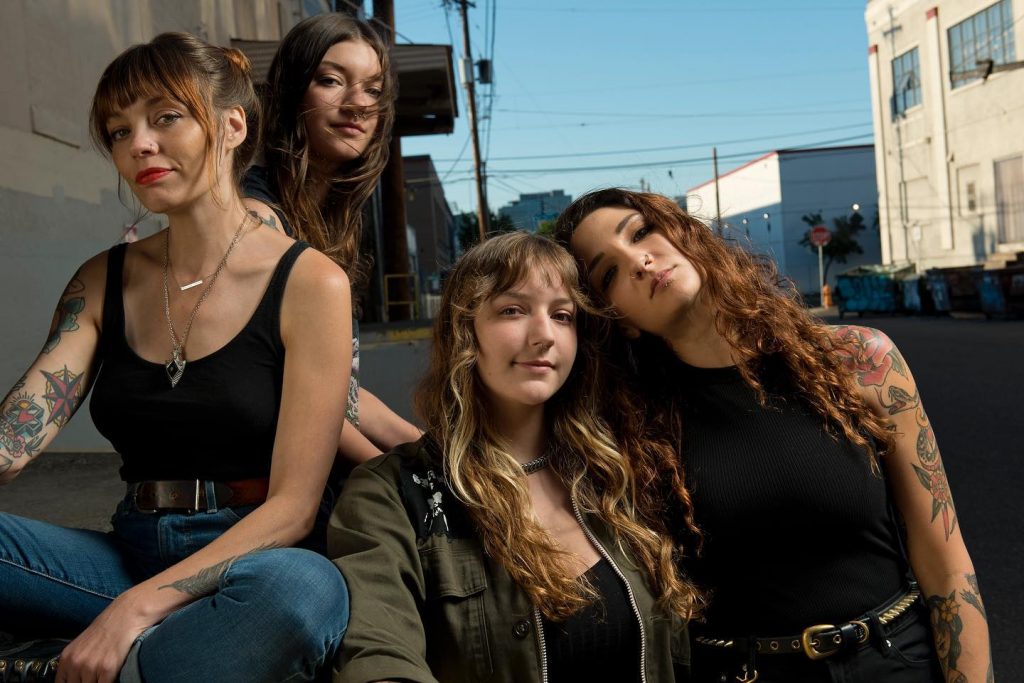 Blackwater Holylight recorded the album as a four piece: Faris on vocals and guitar (on »Silence/Motion«, »MDIII«, »Around You« and »Every Corner«) and bass for the remainder, Sarah McKenna on synths, Mikayla Mayhew on guitar (and bass when Faris plays guitar) and drummer Eliese Dorsay. New second guitarist Erika Osterhout will perform the songs with them live. For »Silence/Motion« the band chose to work with a producer for the first time, bringing in A.L.N. (of Mizmor, Hell) to produce, along with recording engineer Dylan White – who also helmed their previous album »Veils Of Winter« (2019) – at Odessa Recording Studio in Portland, OR. Guest vocals on album opener »Delusional« are by Bryan Funck (Thou.) Mike Paparo (Inter Arma) and A.L.N. (Mizmor, Hell) lend guest vocals to album closer »Every Corner«.

»Silence/Motion« opens softly with interwoven folky single note guitars over an ominous sounding drone for the first minute, akin to moments from Pink Floyd’s »Echoes«. Suddenly an irresistibly head-nodding, groovy droptuned riff kicks in with the drums and it’s a full on blackened rocker with soaring synths and Funck’s witchy whispers over the top. »Who The Hell«, the track quoted above, takes proceedings into a Krautrock direction, centered around McKenna’s arpeggiated synth loop and Dorsay’s tom-tom triplets, while 16-note guitar strums add tension as Faris wearily sings, “So tell me who the hell would want to live this way – so afraid/ To feel this void, to dwell in it… I can’t describe this pain I wear/ It suffocates and you left it here.” It’s an incredibly powerful 6 minutes. The title track delivers the 1-2-3 punch of the album’s brilliant opening trilogy. It starts with lightly plucked acoustic guitar, plaintive piano chords and Faris’ voice gliding so softly it sounds more like a Mellotron. The song builds slowly toward crescendo, led by a swinging tom pattern, that abruptly switches back to a heavier version of the opening melody. »Silence/Motion« is about digesting and healing from sexual assault. As Faris explains, “It is an ode to the juxtaposition of feeling paralyzingly blank and and like your entire life is moving through you simultaneously.” Elsewhere, Black Metal guitars collide with dreamlike melodies. »Around You« brandishes a hopeful, hummable synth melody and shimmering shoegaze guitars like throwing down a gauntlet. In the end, it becomes undeniably clear just how completely into their own Blackwater Holylight has come. 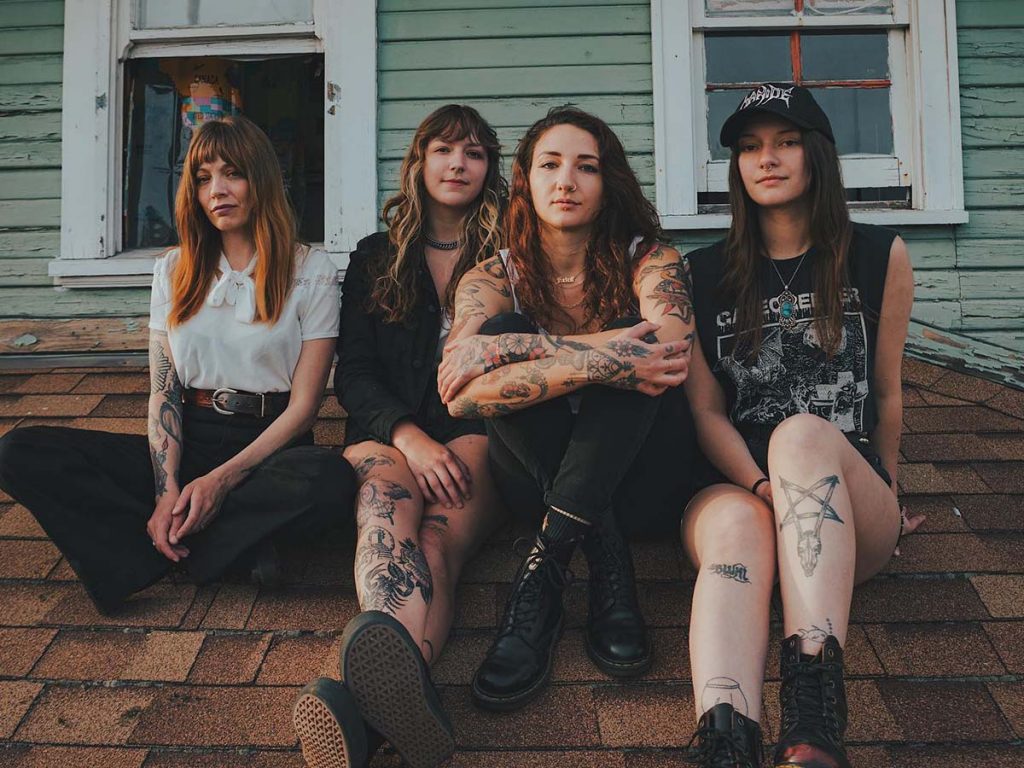 “An abrasive blend of doom metal, psych rock, goth and a tangy soupçon of pop music… They landed a spot on the 2018 Best New Band poll in alt-weekly Willamette Week, but could quickly take over the world.” — Paste Magazine