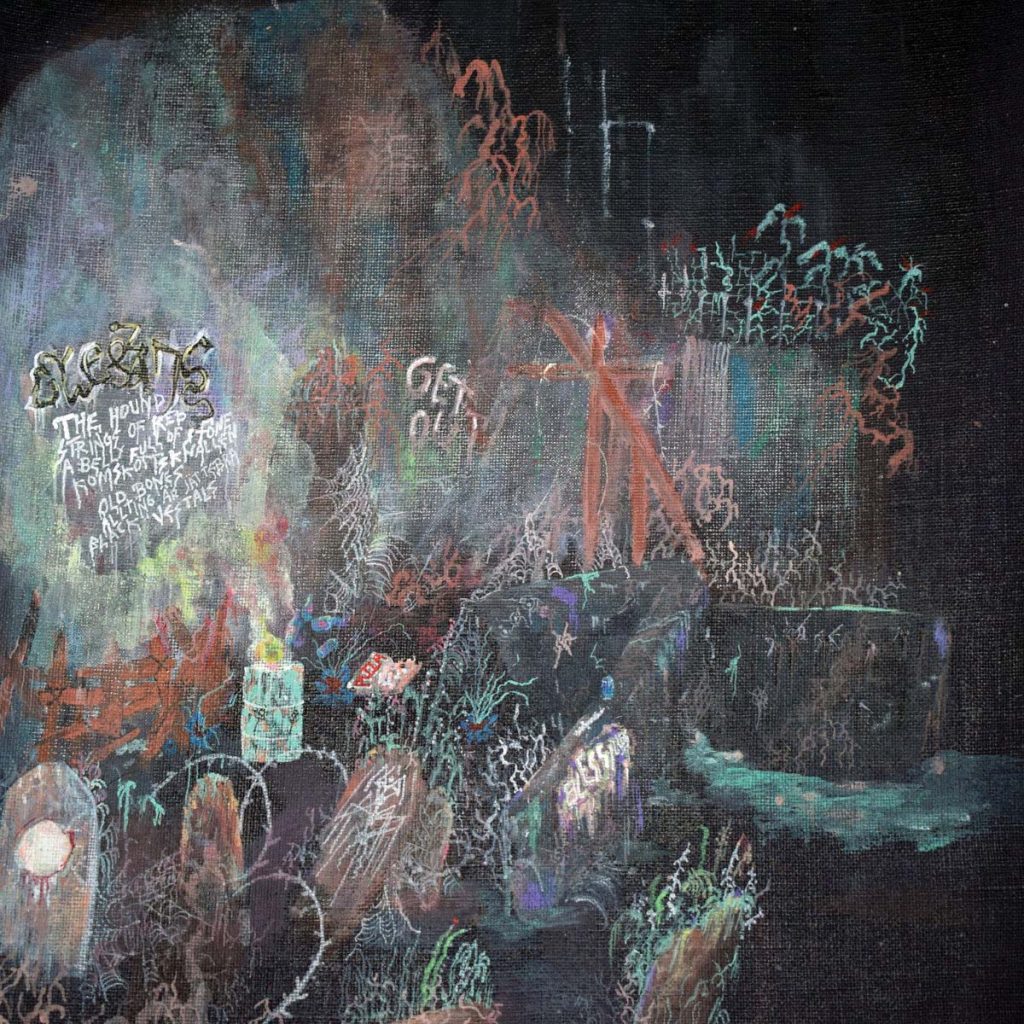 An opening passage of eery mantra-style choir- vocals is ripped apart by sudden feedback wailing for a split second, before a grainy chug-riff takes over… but not that type of metal chug, a different type of chug that sounds more abrasive, more noisy, more angry… a lead guitar kicks in with haunting high notes and inaugurates the surprisingly catchy chorus, and the yelled double vocal approach brings to mind the spirit of bands like Tragedy or Old Man Gloom… the track culminates in an incredibly heavy closing section, based around a riff that repeats endlessly as the tempo is gradually slowed down beyond pain tolerance, and the track suffocates in feedback… but wait, that was already 2 tracks.

There are elements of hardcore, punk, crust, noise rock, heavy post rock and indie rock in Blessings’ sound… there are moments that remind of At The Drive-In and moments that remind of Converge, sometimes even in the same track, and the Gothenburg 4-piece merges these very disparate ends of the spectrum of heavy guitar music into a cohesive, intriguing and idiosyncratic sound.

Blessings’ debut album »Bittervatten« was a harsh and noisy affair, inspired by bands like Unsane, Breach, Black Flag and Darkthrone… but the Gothenburg, Sweden – based four-piece soon developed into a bit of a different direction. Still loud and confrontational, the elements of repetition and trance- incurring moods and riffing became more prominent in their sound on sophomore release »Biskopskniven«.

“One particular thing that really shaped the sound of »Biskopskniven« was the drums,” comments percussionist and synth player Erik Skytt. “Most tracks were written with a very loop- and groove-based approach, a sort of drum manifesto made by drummer Mattias Rasmusson, which gave the songs a very different foundation to build upon, as compared to most of the debut album. No frills, just machine- like repetition and simplicity.”

Instinctively, the band started working with a more varied sonic colour palette, using different percussive and melodic elements to present musical ideas instead of just guitar and bass. Blessings incorporated modular synths to create different textures that blended in with the guitars seamlessly, and started working with rhythmical loops and percussion instruments. The result is a multi-faceted sound that is as heavy as it is diversified, and full of little surprises that never seem out of place, but always play a certain role in the bigger picture of the album. The varied vocals round off this picture: a new approach is taken for almost every song of the record. 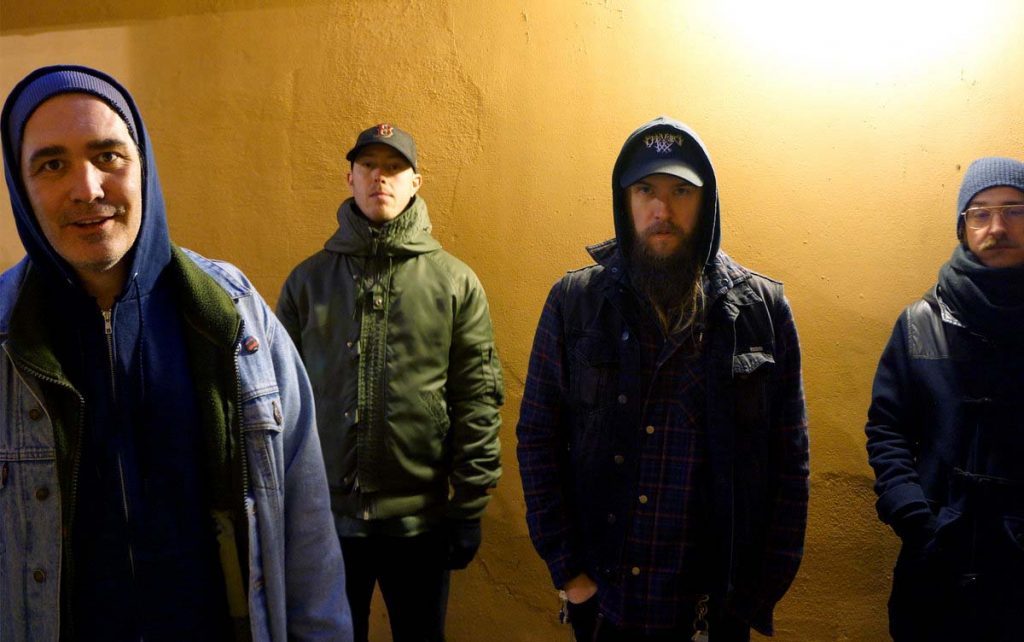 “»Biskopskniven« was truly a joint creative effort on all the band members parts, we agreed that we would not give this album out of our hands and into the world until it was precisely the record we wanted it to be,” comments Johan G. Winther. “We were shooting for a deep sound with texture stacked upon texture, and new things to discover with every listen. We worked hard to give each track its own distinct voice, and although it was a difficult birth at times, we feel that »Biskopskniven« could not have come together any other way.”

The driving force behind Blessings has always been the shared attitude and chemistry between the band members, all coming from a DIY punk/hardcore background, and having paid their dues in hard- touring bands like Anchor, Gust, Disavow, Obstruktion, Nightbloomer, Amalthea, Gamla Pengar, Fä and Swedish indie-legends Chester Copperpot.

Next to Scraps Of Tape and Barrens, Blessings is yet another band that the prolific and eclectic artist and musician Johan G. Winther is involved in, his solo album »The Rupturing Sowle« was released via Pelagic on March 26th.

“The will to let the music guide our hands instead of our hands guiding the music comes naturally to all of us as a group, which we feel shows in the unrestrained feel of »Biskopskniven«,” says Skytt. The album title, which means “The Bishop’s Knife” in Swedish, represents not only a particular artefact, but more importantly a shared state of mind, or an attitude shared between the band members which is personal and which they wish to keep open to interpretation for the listeners.

The artwork is a painting created by Swedish artist and musician Johannes Brander. “Much like Blessings music, I was aiming for a deeper feverish journey towards an inner landscape, where athmosphere and unknown places rise from the ashes of the new dawn,” the artist comments. Johannes has exhibited his artworks in galleries throughout the world (Mexico, Berlin, Stockholm, Copenhagen) and runs the DIY labels Native Parts / New Dawn Records.

»Biskopskniven«, recorded by the band themselves and mixed and mastered by Magnus Lindberg of Cult Of Luna, is an extraordinary album full of intriguing layers to be discovered and uncloaked. Dig into it.