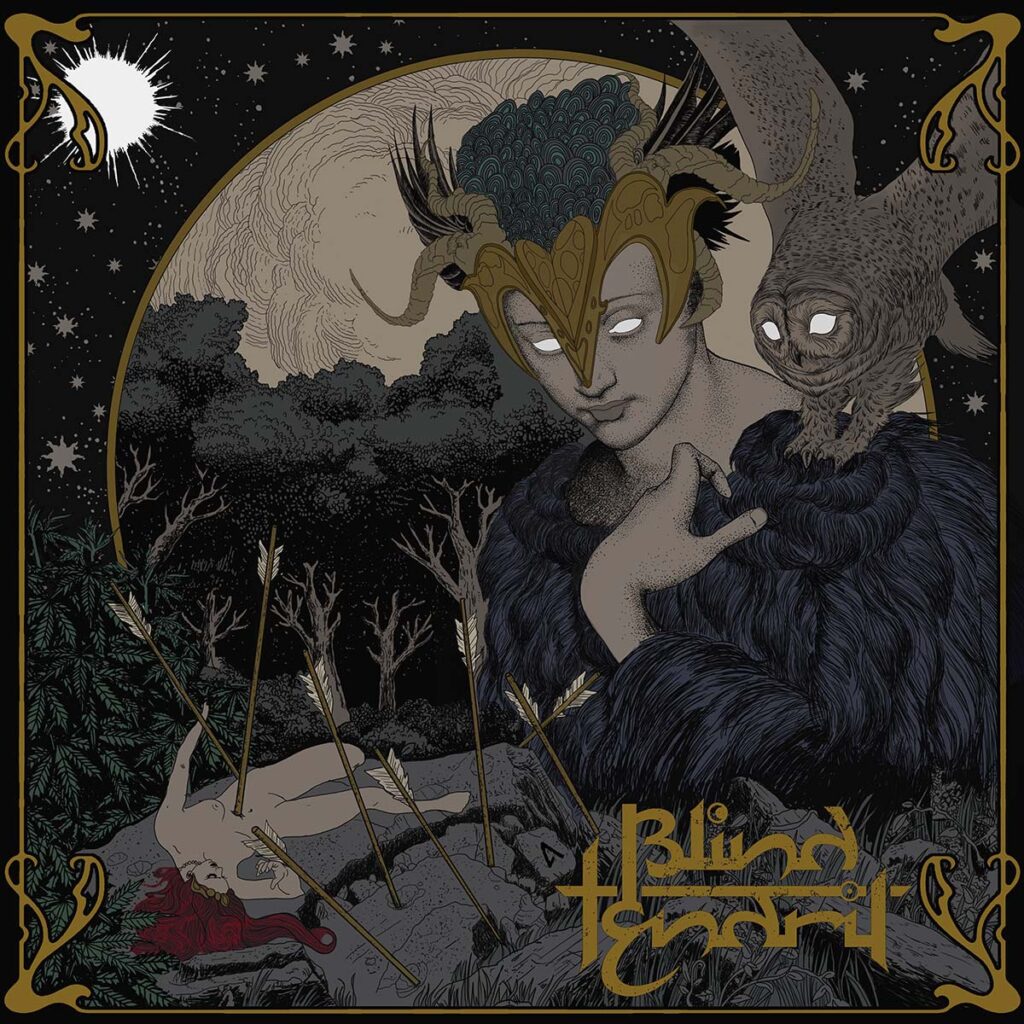 »α« is available now in a 6-panel ecopack digisleeve and all major digital streaming platforms.

Blind Tendril were created in Thessaloniki (Greece), in 2006. The band gigged regularly on a local level, supporting bands such as Nightstalker, Planet Of Zeus and 1000mods. During this period a 2-song demo was recorded and distributed for free. In 2009 the band went on hiatus. Many things have changed since then – places and people – and Blind Tendril resurfaced in 2020 in the UK.

The band has found its groove in a progressive heavy rock sound and we filter our socio-political angst through this, whilst continuing to evolve.

Blind Tendril’s debut album is »α«, which means ‘first’ and is pronounced ‘alpha’. It is the first letter of the Greek alphabet and is used both as a letter, but also numerically to indicate the number 1. The project started in November of 2020, amidst the pandemic, and took nearly 10 months to complete. As the studios remained closed the decision was made to do all the recording remotely, which led to a collaboration with Max Saidi, who recorded the drums for the album. Dimitris would then lay down guitars, bass and vocals and as soon as one song had been recorded it would be sent off to be mixed. That way each song was given individual attention and had space to develop its own character.

Drawing from various musical influences, both international and Greek, all kinds of sounds, instruments and techniques were incorporated into the album.

Ranging from ethereal female vocals, harmonies, polyphonic vocal techniques to heavier raspy male vocals, they tried to bring as much diversity as we could. It is within this framework that we sought out and collaborated with Björn Strid (Soilwork, The Night Flight Orchestra), which added a vocal style that is completely out of their range… and out of this world!

The lyrics are a combination of their socio-political angst and storytelling traditions, weaving a plot for each song… always through fuzzy and distorted filters. In an attempt to further enhance the individuality of each song, layers of sounds were created through additional instruments, be they percussive or stringed. A thelevi shaker, a tambourine, bongos, a cowbell and hand twist drums found their way into the songs. Acoustic guitars are often hidden in the background, while sometimes a Persian sehtar, a piano, an organ and even a synthesizer take centre stage.

To amplify the psychedelic element, sounds were manipulated through various effects. The intention is to bring awareness to the sense of dimension through the movement of sounds in the stereo field in order to create aural stimulation and take the listener on a journey through an auditory labyrinth.

Ultimately, just like most of the bands out there, their aim is to create good music!

• The CD comes in a 6-panel Ecopack-Digisleeve/350gsm cardboard
• Certain areas of the panels have a UV Spot Gloss layer
• Also includes 12-page booklet with lyrics
• Comes with one free sticker
• Free worldwide shipping in fully recyclable packaging
• Includes unlimited streaming of α via the free Bandcamp app, plus high-quality download in MP3, FLAC and more