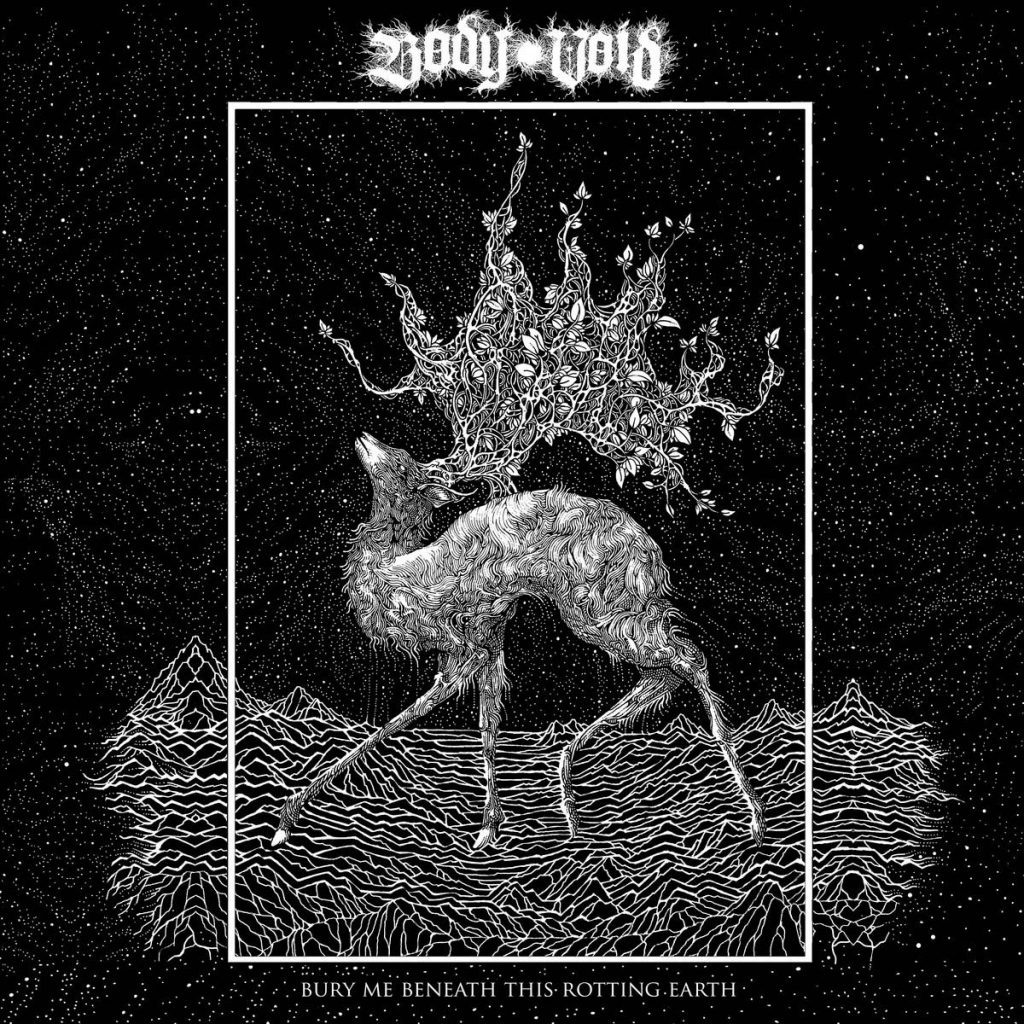 San Francisco, California based sludge/drone/doom metal duo Body Void has unleashed a music video for the first single »Wound« taken from their third full-length album, »Bury Me Beneath This Rotting Earth«, set to release on April 23rd, 2021 via Prosthetic Records and Tridroid Records. Video by Chariot Of Black Moth.

The band comments: “We’re thrilled to announce our third full-length, »Bury Me Beneath This Rotting Earth«, which will be released April 23rd, 2021 by Prosthetic Records. The cassette release will be handled by our good friends at Tridroid Records. The first single »Wound« is streaming now alongside an interview with Willow and a video by Chariot Of Black Moth at Metal Injection.”

»Bury Me Beneath This Rotting Earth« is both a clarion call and the sound of devotion. The expansive sounds and sludgy atmospherics make this a definitive doom record but with a progressive edge that hints at noise, punk and black metal.

Recorded by Eric Sauter at Blackheart Sound in Manchester, NH in June 2020.
Mixed and mastered by Greg Wilkinson at Earhammer Studios in Oakland, CA.
Noise/electronics by Entresol.
Artwork by Ibay Arifin Suradi.