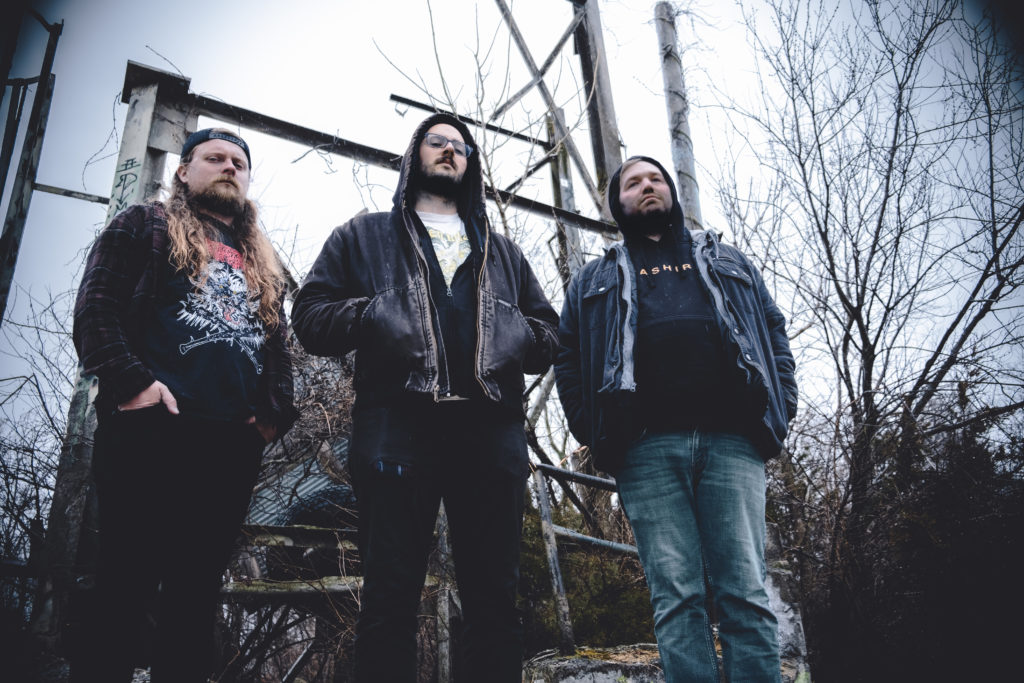 American doom/sludge metal band Bones Of The Earth share a Dungeons & Dragons-inspired music video for the track »Peaceseeker« from their sophomore album, »II. Eternal Meditations Of A Deathless Crown«, out on April 2nd, 2021.

Arkansas hardcore/doom trio Bones Of The Earth is pleased to unveil their new video for »Peaceseeker«. Initially premiered via Cvlt Nation, the track comes off the band’s »II. Eternal Meditations Of A Deathless Crown« full-length, released last month.

Bound by a mutual love of medieval fantasy, sci-fi, and a desire to create uncompromisingly heavy music, Bones Of The Earth was forged in 2018 and immediately began writing material that would become their debut concept album, 2019’s »I. The Imminent Decline Of Human Spirit«. Weaving jagged hardcore tempos, dominating vocals, and sludgy riffs with post-metal ambiance across the entirety of its twenty-nine-minute run time, the body of work was composed with the intent to be performed in its entirety live.

This year’s »II. Eternal Meditations Of A Deathless Crown« was written as a continuation of that saga. Influenced by film scores, soundtracks, tabletop RPGs, and various mythos, the six-track recording delves deeper into the already established foundation listeners have come to know to be Bones Of The Earth while seamlessly branching out further into sonic experimentation and narrative-driven lyrics.

Comments the band of their Dungeon & Dragons-inspired »Peaceseeker« video, “We take our music and the concept behind it very seriously, but we thought it would be fun to take a step away from that and have a video of us just messing around and playing D&D, casting spells, flying around active volcanoes, and slaying evil wizards.”

»II. Eternal Meditations Of A Deathless Crown«, which comes swathed in the enchanting artwork of Michael Steinheiser, was captured at bassist/vocalist Raif Box’s own Holy Anvil Recording Company and is available on CD, cassette and digital formats.

For orders, visit the Bones Of The Earth Bandcamp page at THIS LOCATION. 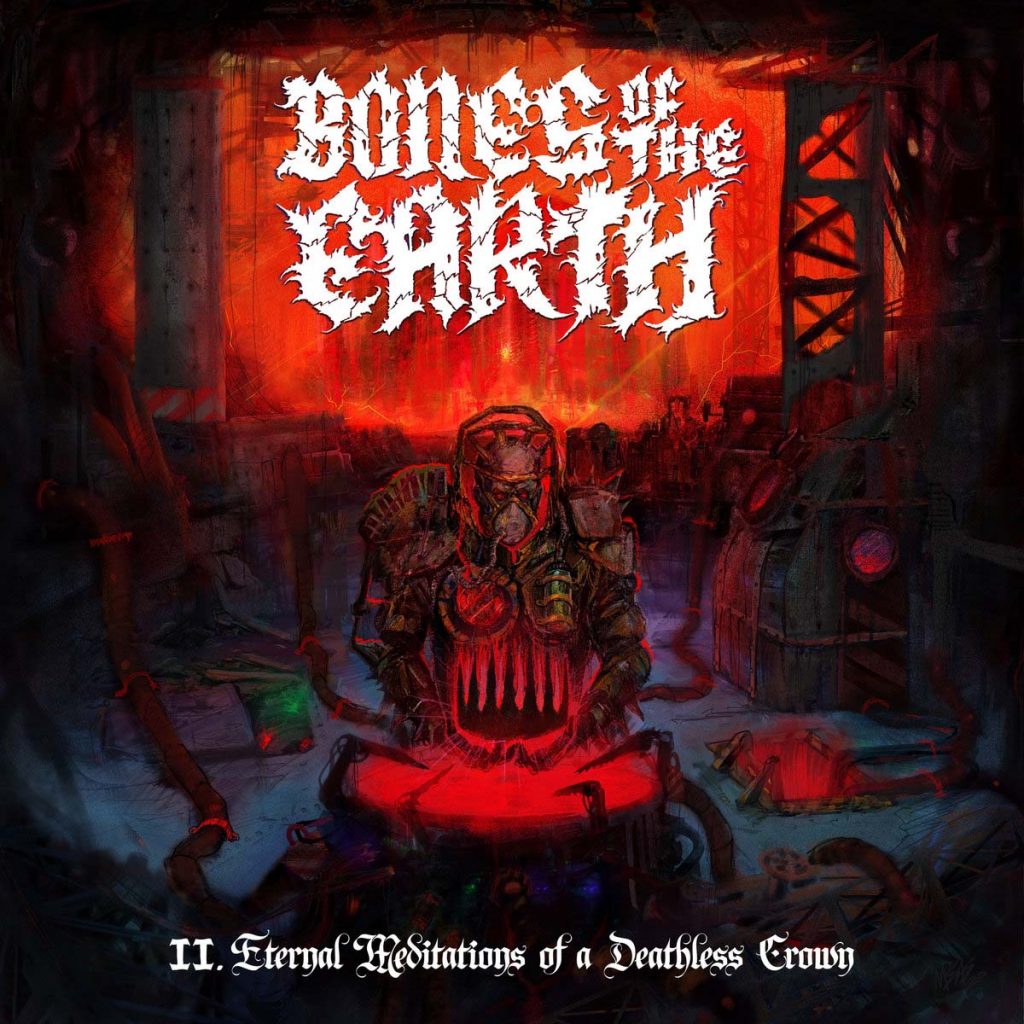 “»II. Eternal Meditations Of A Deathless Crown« is highly influenced by the members’ devotion to tabletop gaming, mythology and other realms of nerdy escapism. But other styles mine this ground for soaring power metal flourishes, the band releases an eldritch blast of crushing power… an exciting and engaging listen that has something for fans of several styles, combined into one cohesive, totally rad whole.” – Decibel Magazine

“Bones Of The Earth bring sludge metal back to its roots of one part hardcore, one part doom (think Neurosis, Melvins, Acid Bath, etc.), but they know how to branch out from that and incorporate post-rock, psychedelia, and more too… »Peaceseeker« found the band showing off their psychedelic side at punk speed (think Baroness’ »Blue Record«, Kylesa’s »Spiral Shadow«, etc.), whereas the eight-minute »The Empire Never Ended« slows things down for the kind of climactic post-rock buildup that recalls Albini-era Neurosis.” — BrooklynVegan

“Bones Of The Earth do a good job of capturing a distinctly dystopian feel on the record, and definitely take their listeners on a journey…a record that definitely bears repeated listening.” – Distorted Sound

“Third song – »Peaceseeker« – keeps up the aggressive and volatile mood with a song that’s one of the darkest on the album and that’s down to the superb vocals and dark lyrics contained within this song. The ‘sonic’ based riffs is another good thing that soon drifts into psychedelic and modern hard rock.” – Outlaws Of The Sun on »Peaceseeker«

“There is an unstoppable quality in the music. You feel like you are on a ride that has no exit. Progressive-sounding elements twinkle in the sludge and doom, but they are not reassuring. No, they are the sound of the mechanical overlord, the cadence of inevitability. Trapped in the system, in the cycle, anxiety builds in the music and it gets to you as you listen. The story genuinely is part of the music and it comes through naturally. The album is exceptional.” – Flying Fiddlesticks

“…the band is among Fayetteville’s best – and certainly the heaviest… They’re expanding progressive metal’s emotional palette, while refining its connection to punk.” – Fayetteville Flyer