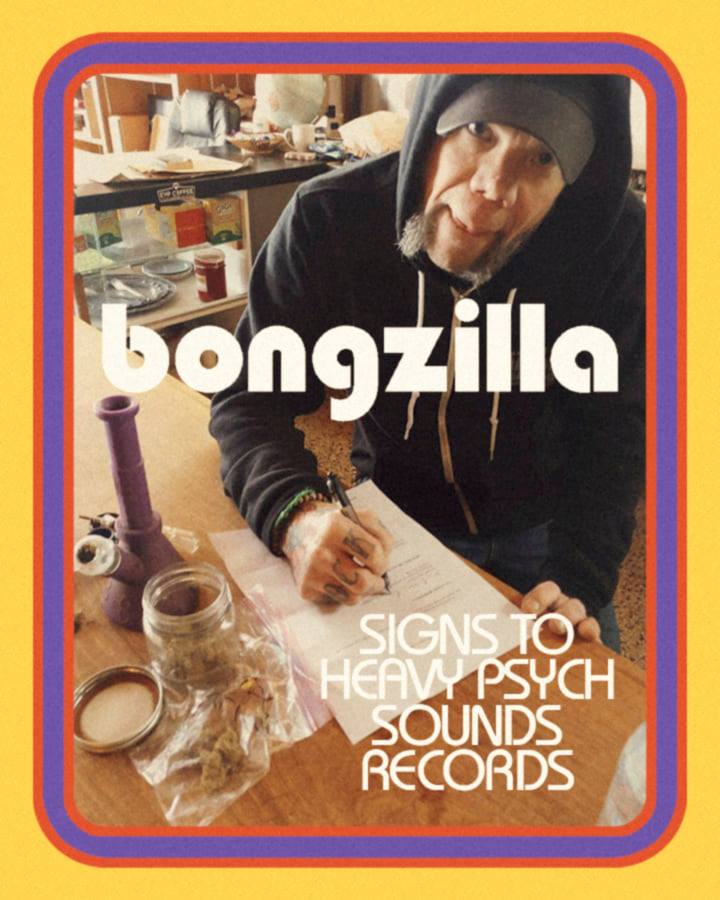 Bongzilla’s upcoming album was recorded and mixed by the late John Hopkins at Future Apple Tree Studios in Rock Island, Illinois in October 2020, and was mastered by Carl Saff at Saff Mastering in Chicago, Illinois. »Weedsconsin« is dedicated to the memory of John Hopkins, who passed away in the late fall of 2020.

The album pre-sale and the first single release has been announced for February 2nd, 2021.

We’re incredibly stoked and honored to announce that Cannabeasts Bongzilla are now members of the HPS family!

The Winsconsin doom-sludge legends singed to HPS Records for the new album called »Weedsconsin« – 16 years since their last record!!!

Bongzilla is also now part of the Heavy Psych Sounds Booking roster for Europe! We are ready to bring the band all over the best spots on our territory.

BIO:
Bongzilla formed sometime in 1995 in Wisconsin, quickly composing a host of songs inspired by their marijuana. After a bunch of split albums the band was signed to Relapse Records.

The first release on this label was »Methods For Attaining Extreme Altitudes« released on CD on 27 January 1998. The band at this point made yearly appearances at the Milwaukee Metalfest, notably 1999 and 2000. The band’s debut studio album »Stash« saw it’s release on 20 April 1999 to positive reviews.

The band’s second album saw release via Howling Bull America (with a reissue three years later via Relapse). »Apogee« was released on 11 May 2001 and showcased three new songs along with live recordings from 1998. A compilation of all of the band’s EPs and splits to that point entitled »Shake: The Singles« saw release the next year. The band’s third album »Gateway« saw release via Relapse on 3 September 2002.

»Amerijuanican« and hiatus (2003 – 2009)
A lineup change prompted one Dixie Dave Collins to join the band as their bassist, leading them to record the band’s fourth album »Amerijuanican«. The band toured and remained active until 2009 when the group quietly took a hiatus.

Return (2015 – present)
In April 2015 it was announced Bongzilla was reforming with the »Gateway« lineup, first announcing a tour of Europe. The band followed up with a four-date tour of the West Coast USA, a tour of the east coast USA and an appearance at DesertFest Belgium.

Bongzilla began 2017 with a local show in Wisconsin before embarking on another European tour, playing the likes of Roadburn Festival, DesertFest Berlin, DesertFest London, KrisionFest (Their first ever appearance in Spain) and have begun working on material for a new album.

In early 2020, Bongzilla started their own label called Gungeon Records and released a re-issue of their classic album »Apogee«. However, in March of 2020 it would be announced that Cooter Brown would retire from the band due to health and family reasons, with Bongzilla choosing to continue as a thunderous three-piece.
A few months into the pandemic, Bongzilla began rehearsing and recording for several different record projects – A limited »Wake Brewing« 7 inch, a full-length album titled »Weedsconsin«, an LP split with the band Tons, and a 7 Inch Split with Boris, the first of a 7 inch Split Series released on Gungeon Records.
All projects were recorded at Future Apple Tree Studios in Rock Island, Illinois in October of 2020 by the legendary John Hopkins before his sudden and unexpected passing in the late fall of 2020.