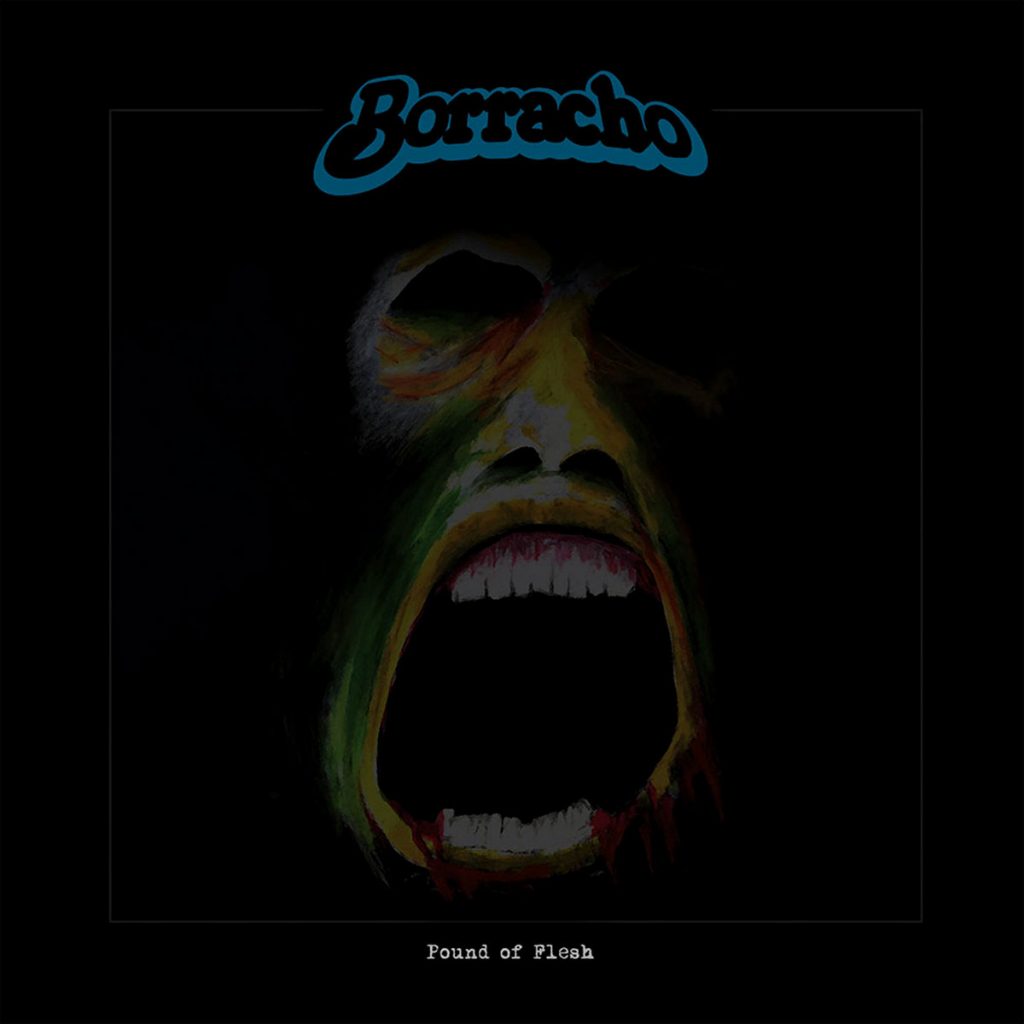 Washington, D.C. based fuzz rockers Borracho presents their fourth full-length album, »Pound Of Flesh«, which will be released today, August 6th, 2021 on heavyweight 2LP, CD and digital via Kozmik Artifactz.

All words and music by Borracho.
Produced, recorded and mixed by Frank “The Punisher” Marchand at Waterford Digital in Pasadena, Maryland in December 2019, February 2020 and August 2020.
Mastered by Tony Reed at HeavyHead Sound.
Additional keyboards on »Holy Roller«, »Caravan«, and »Burn It Down« performed by Steve.
Band photography by Shane K. Gardner.
Cover painting by Tim.
Cover concept, layout and design by TMD, Washington, D.C.

Washington, D.C. based fuzz rockers Borracho exploded onto the stoner rock scene in 2011 with the release of their debut »Splitting Sky«, which was lauded with superlatives like “instant classic” and “must-listen”. The album was named to ten 2011 best-of-year lists and earned the band a reputation as serious riff-slingers. It showcased the band’s songwriting talents and uncanny ability to craft memorable hooks.

It’s been five years since Borracho released their last studio record, »Atacama« – a record that was hailed as “one of 2016’s finest in heavy rock and roll” by unofficial voice of the underground, The Obelisk. A lot has happened in five years, especially in Washington D.C, the epicentre of US politics and centre stage to some outlandish events that saw the US capital firmly under the spotlight and scrutiny from the eyes of the world. Throw in a global pandemic and well, yeah … a lot has happened in five years!

So it is no surprise that the trio’s latest offering, titled »Pound Of Flesh« is somewhat charged by current global events and an unstable political climate. And whilst these are worrying and trying times for all, they have certainly acted as a catalyst for some truly epic musical outputs throughout our scene, and Pound of Flesh is one of those. 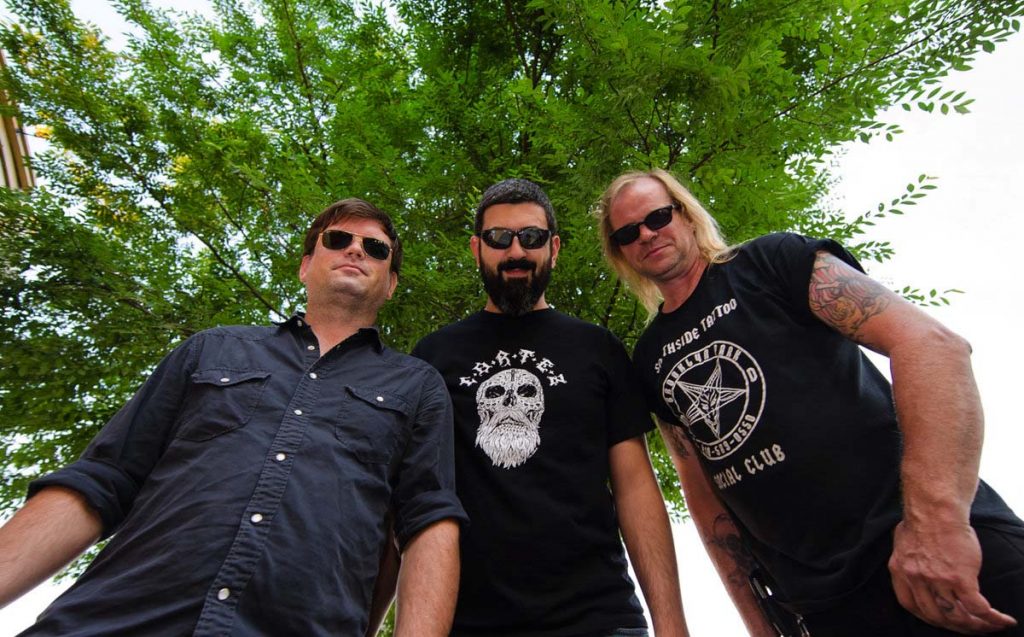 Borracho further refine their sound with »Pound Of Flesh«. Everything you loved from the bands »Splitting Sky« / »Oculus« days, through to their more recent success with 2016’s »Atacama«, is still very much present – but there is a certain sense of confidence and/or purpose to the sound and production that grabs the listener by the neck and says “Listen up”. What follows is over 50 minutes of brand new, fuzzed out heavy riff-fuelled rock that will be sure to send shock-waves through the scene when it erupts later this summer.

»Pound Of Flesh« will be released by Kozmik Artifactz on the 6th of August, available as a heavy-weight 2LP in a choice of two exclusive colourways and complete with vinyl etching on side D. Presented, as always, in Kozmik’s deluxe gatefold cover sleeve, this is one of the European label’s hottest releases of 2021 – not to be missed!