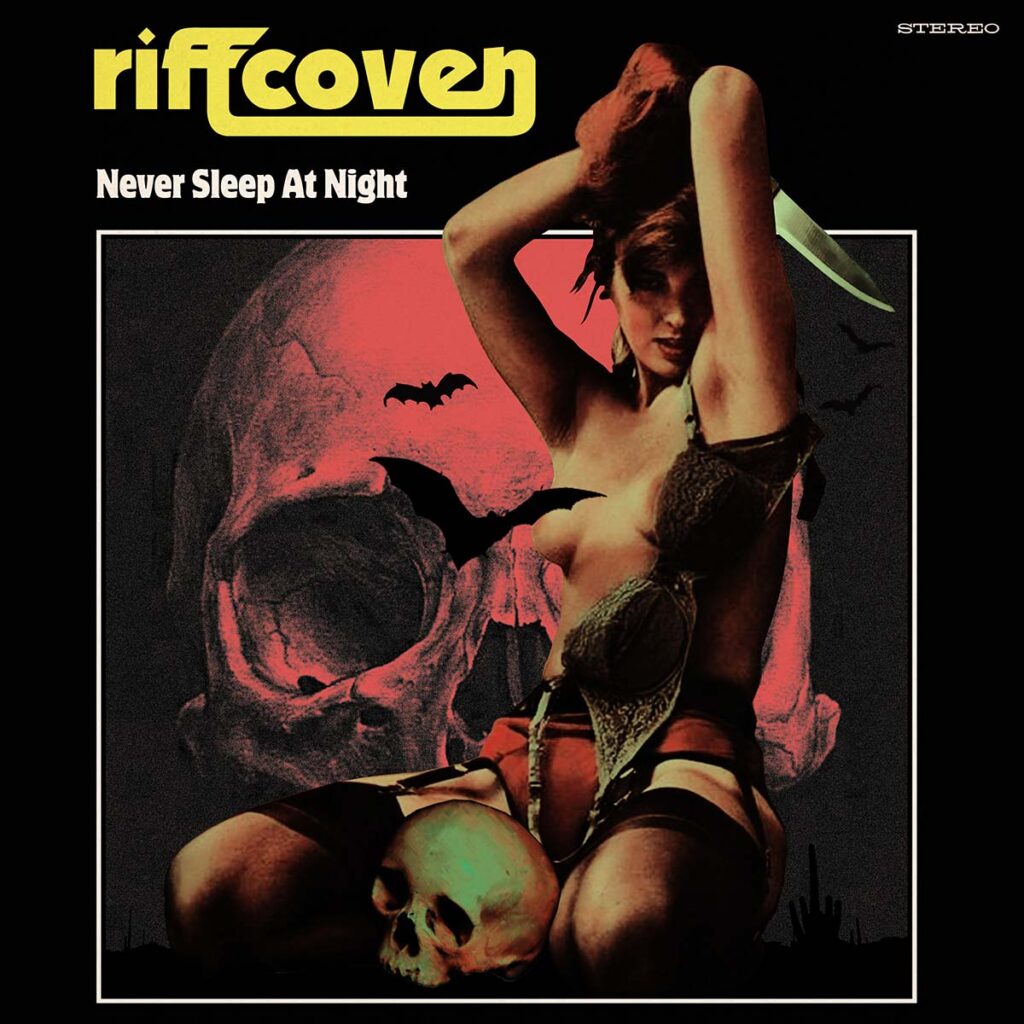 Brazilian doom/stoner metal trio Riffcoven has announced their new EP, titled »Never Sleep At Night«, which will be released on September 1st, 2022 via Cospe Fogo Gravações.

This will be their first release with bassist Baron Graves who joined the band earlier this year.

“Grasped to its roots, desires and frustrations, some tormented souls never rest. They never sleep at night and are always in search of blood.”

While fools talk about the life and death of rock, Riffcoven raise up from the darkness, and summon up the origins of heavy music in the new EP »Never Sleep At Night«.

Recorded at Eguchi Studio by Alexandre “Chapola”, with ZZ Corpse artwork and digital release by the Brazilian label Cospe Fogo this new material is forged by rock and roll, punk, doom metal and horror. 2 new tracks and one cursed interpretation of »Loose« by The Stooges. 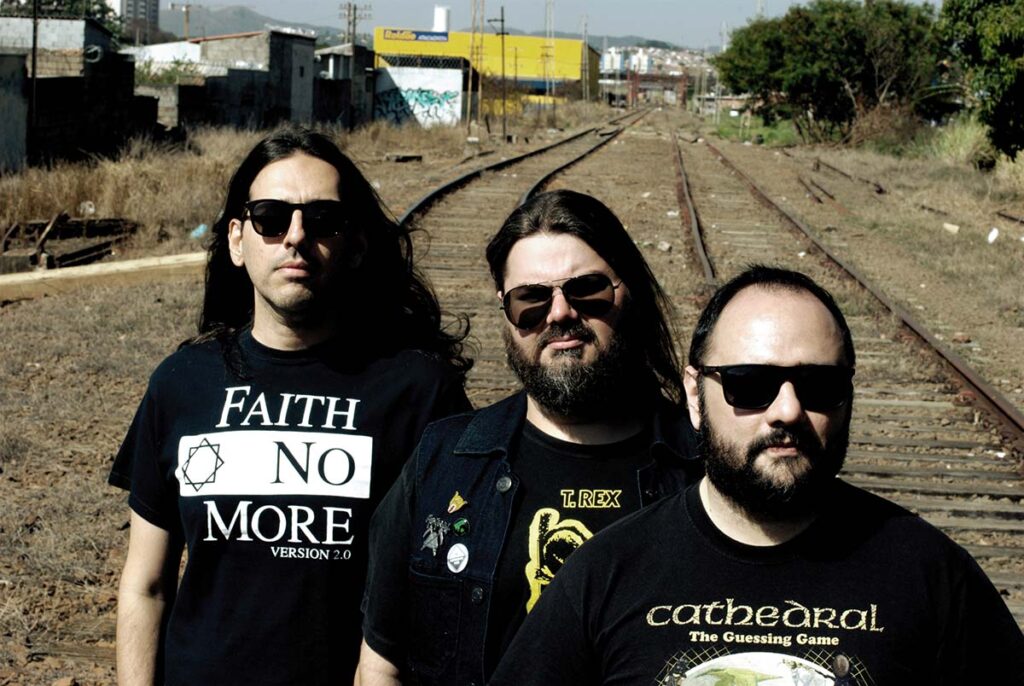 Riffcoven is a doom/stoner band created in the second half of 2016 by Rev.BodeFuzz (André Luiz Martins) and Old One (Paulo Fornazza) with the intention to play heavy music. At the merging point of their musical influence and lyrical themes the band developed it’s caracteristic sound and released in 2018 the first work »Crown Of Darkness«, that was well received by the public and specialized media. After the first release the band welcomed Lord Python (Andreaz Z) as the new bassist and made a series of shows through the state of São Paulo and some in the Santa Catarina state.

In 2019 was released the »Cursed« EP, with great emphasis for the single »Feiticeiros do Riff«, and was released by the Abraxas label. In sequence a live studio album was released called »Raw«. With the Pandemic the band found itself out of shows, so the writing for the new material started as well a new live album »Raw 2« was released, this one is a live recording in São Paulo.

Lord P left the band in the end of 2021 and was replaced by Baron Graves (Rafael Riberti) in early 2022. With this new line-up the band is presenting the new EP »Never Sleep at Night« and the upcoming album »O caminho do Aço«, coming late 2022.