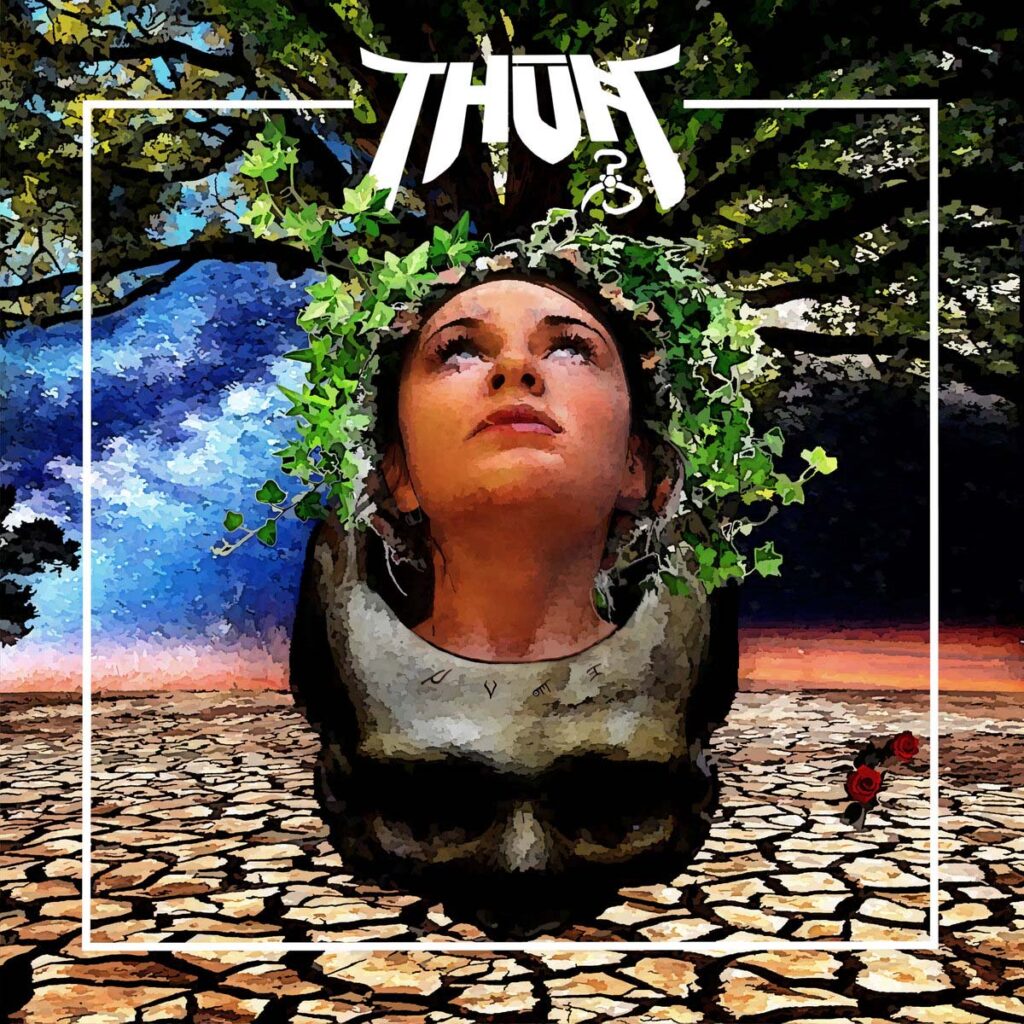 Thūn features Jon Higgs (guitar/vocals) and Hugo Wilkinson (bass) of Monsterworks, alongside James Knoerl (drums, Gargoyl. Guest lead guitar was once again smashed out of the park by
Karl Sanders of Nile.

“Thūn is back with the second volume of dystopian doom metal. And the music has grown heavier and angrier with an eleventh-hour-feel looming over the heavy sonics.” – Veil of Sound

“Stuffed with plodding and thunderous riffs as the music crawls along. A doom meets death metal approach leading to an epic feeling style. Doom and Cthulhu are an award winning combination that Thun uses to their advantage.” – Ghost Cult Magazine

“A quality blend of death and doom.” – Heavy Matters

“The group stomps their way through a doom/death metal hybrid. This is music with a message, one that has its sights set on the future of this planet.” – Heavy Music Headquarters

“Focuses on thunderous and cracking doom metal. The music is great!” – Flying Fiddlesticks 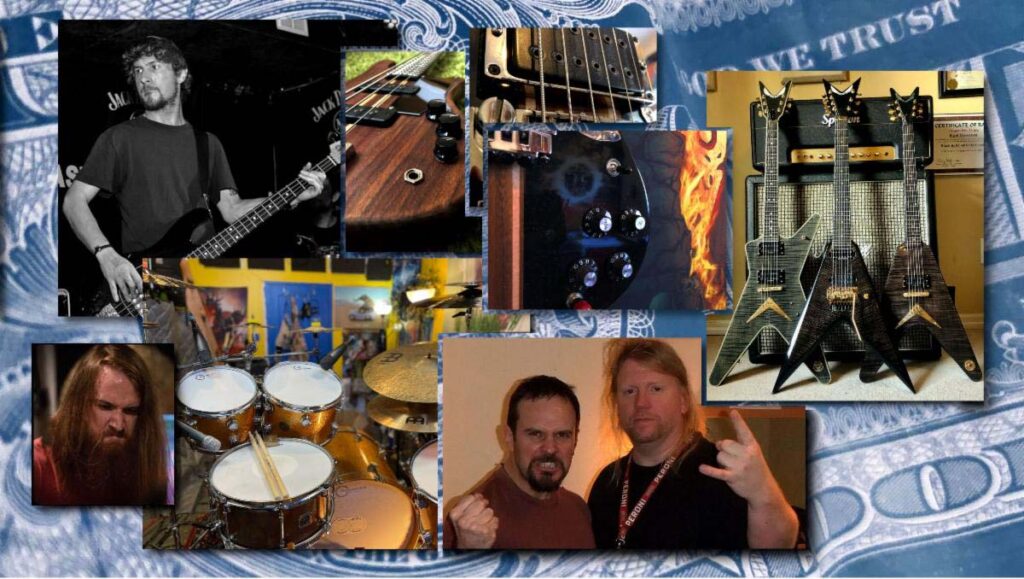 Thūn’s flavor could be described as epic death metal, spiced by discordant doom… smothered with plenty of old school Sabbath and Priest influences.

The narrative concept is Bull Elephant adjacent (an entity also part of the greater Eat Lead And Die Music collective), drawing from the same loosely Lovecraftian mythos but following the present-day adventures of an eco-witch-terrorist, i.e. rather than an undead Nazi-fighting pachyderm.* The enemy is every person or corporation that puts profit before preservation of the natural world. With tentacles.

Thūn is a virtual effort in that each musician, in the UK and US respectively, handled their own recording/production, with final mixing by Jon and dynamic mastering by Damian Herring (Horrendous, Subterranean Watchtower Studios).