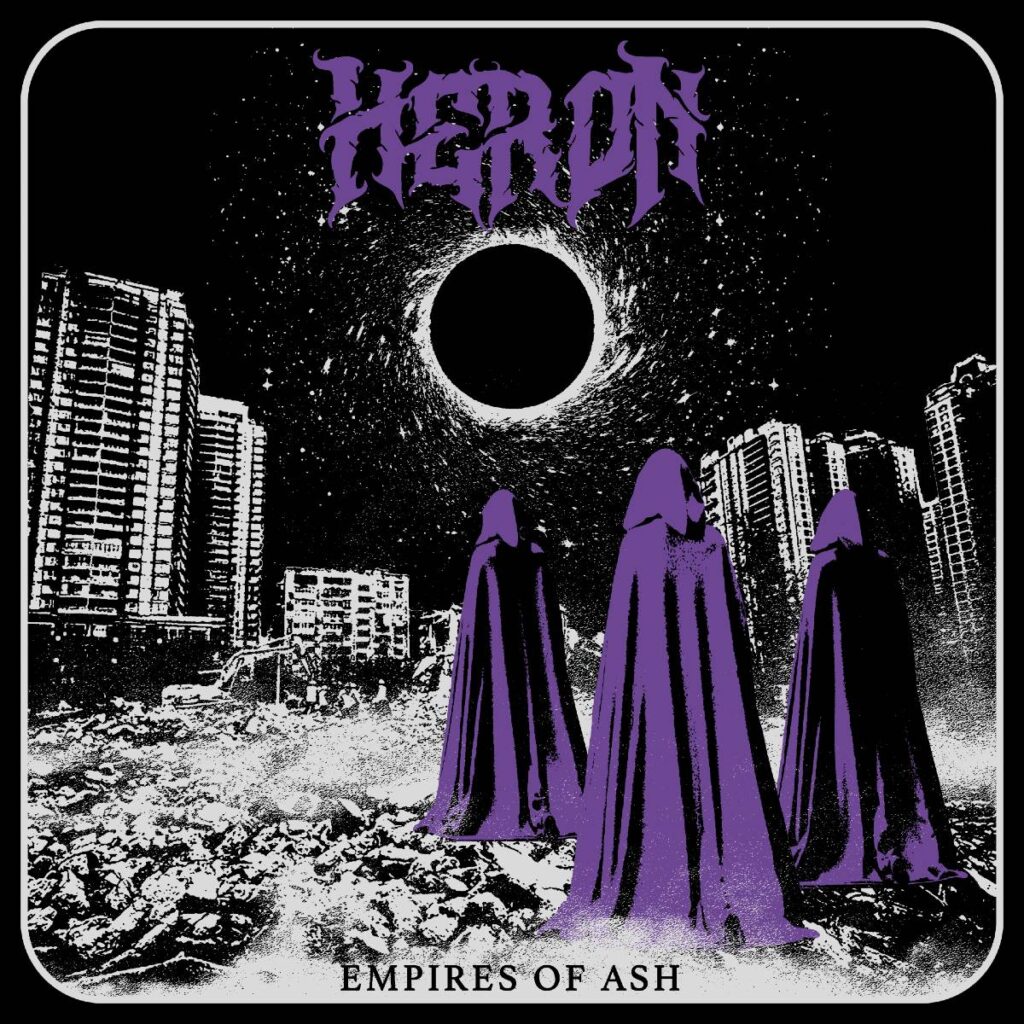 Canadian sludge metal band Heron are streaming the entirety of their album »Empires Of Ash« via No Clean Singing. The album will be out today via Sludgelord Records.

“Heron is pleased to announce our third full-length offering, »Empires Of Ash«. »Empires Of Ash« is an ode to impermanence and was created in the aftermath of the long, lonely hours of isolation.

Thank you for staring into the void with us.” 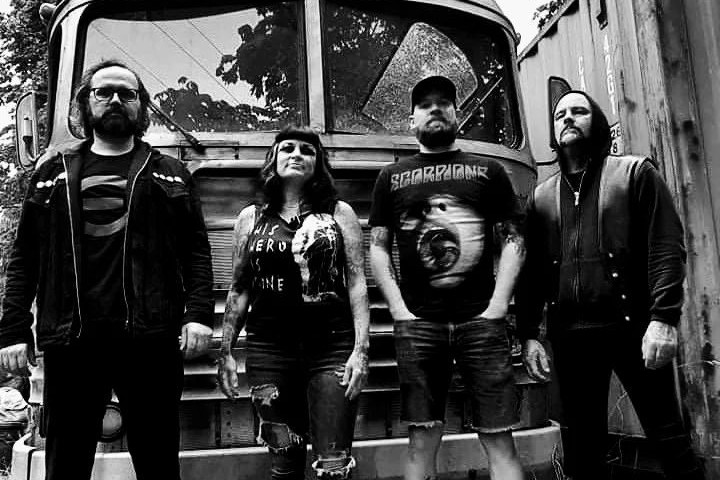 Combining four veterans of the independent music scene and a back-breaking amount of gear, Heron mixes post-rock textures with suffocating guitar riffs, dread-inspiring percussion, and agonizing sludge-metal vocals. No stranger to the live stage, Heron tours extensively and has played with such giants as High On Fire, Conan, Pallbearer, and Primitive Man. »Empires Of Ash« journeys through a dynamic array of soundscapes and moods across each track. It’s a haunting production delving into some of the darkest emotions brought about through an expected series of events. »Rust And Rot« begins with a dramatic sludge-fuelled build-up of percussion and guitars before emerging into a dark and heavy onslaught. »The Middle Distance« unveils an unsuspecting serene calm of lighter guitar melodies, and cymbals. It’s merely the calm before the storm and the immense guitars create an enveloping atmosphere of fuzz. An enthralling sense of vastness is presented in »Hauntology«, while »Hungry Ghosts« delivers a fiery attack. Heron’s bitter anguish exudes through »With Dead Eyes«. The instrumentation transitions into a more minimal form initially, giving space to the commanding harsh vocals. As the track progresses the power intensifies.

Heron twist and turn through turbulent waters as they navigate a large scope of turbulent emotions. Musically the band showcase a diverse range of styles which weave together in »Empires Of Ash« into a harrowing narrative.