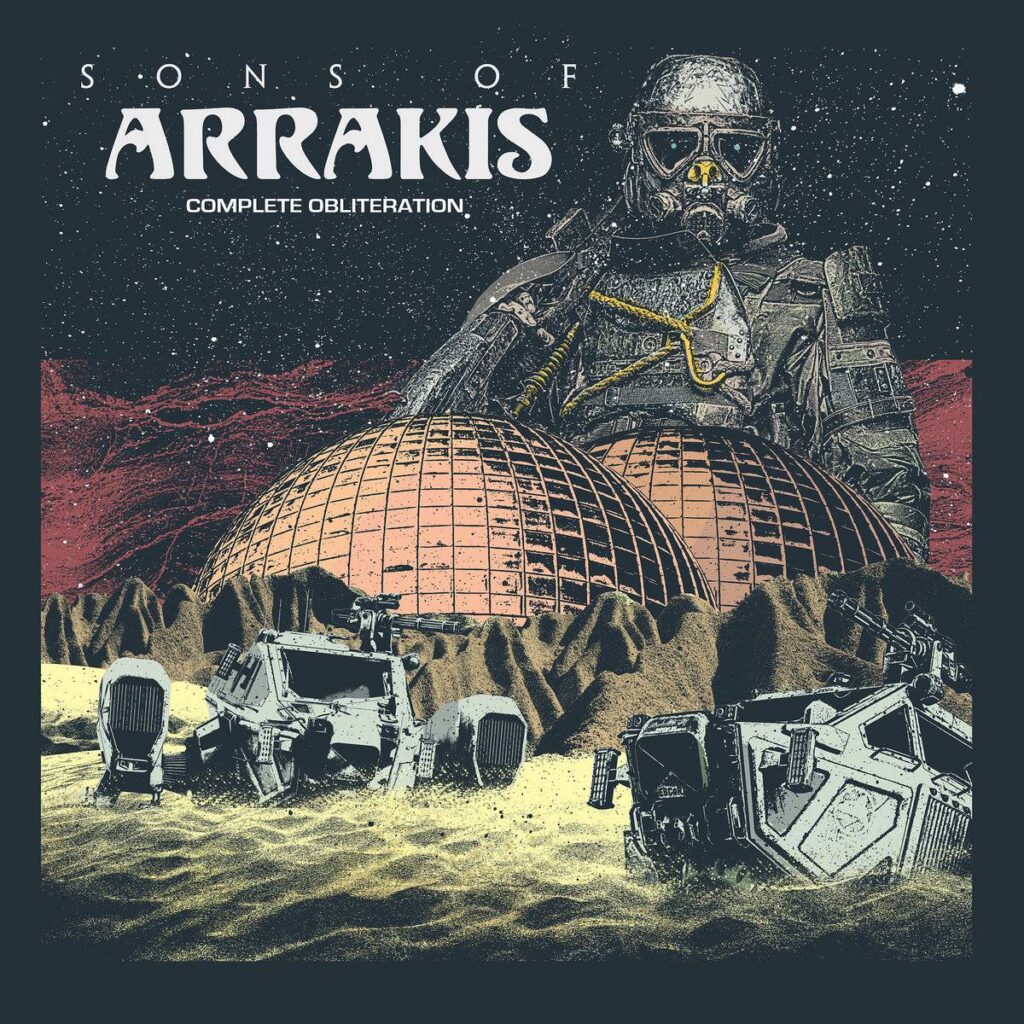 Canadian cinematic/sci-fi rock outfit Sons Of Arrakis share a brand new lyric video for the track »Complete Obliteration« from their debut album, »Volume I«, which will be available in physical formats on October 25th (CD) / November 15th, 2022 (LP) via Careless Records.

Sons Of Arrakis and Ygor Silva at Macabro Studio are glad to present you, in collaboration, the lyrics video for the song »Complete Obliteration« that appears on SOA’s debut album, »Volume I«.

Ygor animates the »Complete Obliteration«’s single cover artwork and extra artworks designed by Alexandre Goulet (Goulet Design) that represent an episode of the »Butlerian Jihad« when the thinking machines wanted to take power over the human race under the yoke of Omnius. 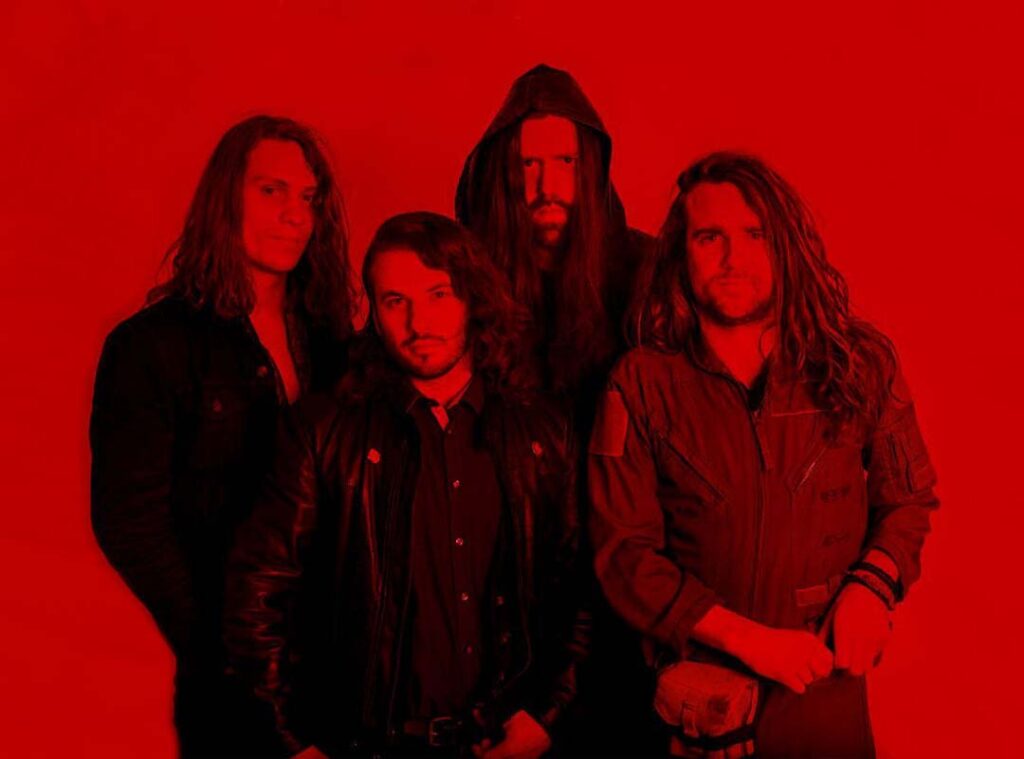 The concept of Sons Of Arrakis revolves around the Dune novels and the known universe imagined by Frank Herbert. We wanted to be a heavy rock band with guitar fuzz and thick drums, but we wanted to recreate a sci-fi atmosphere/vibe in this »Volume I«. Some people qualify our music as melange rock or dune metal, but we tend to say that it’s cinematic sci-fi rock. All the songs of the album are on the same tonality, C# minor, and it’s possible to intertwine songs and make intelligible transitions between the songs. We wanted »Volume I« to be a balance between a concept album and solid single songs.