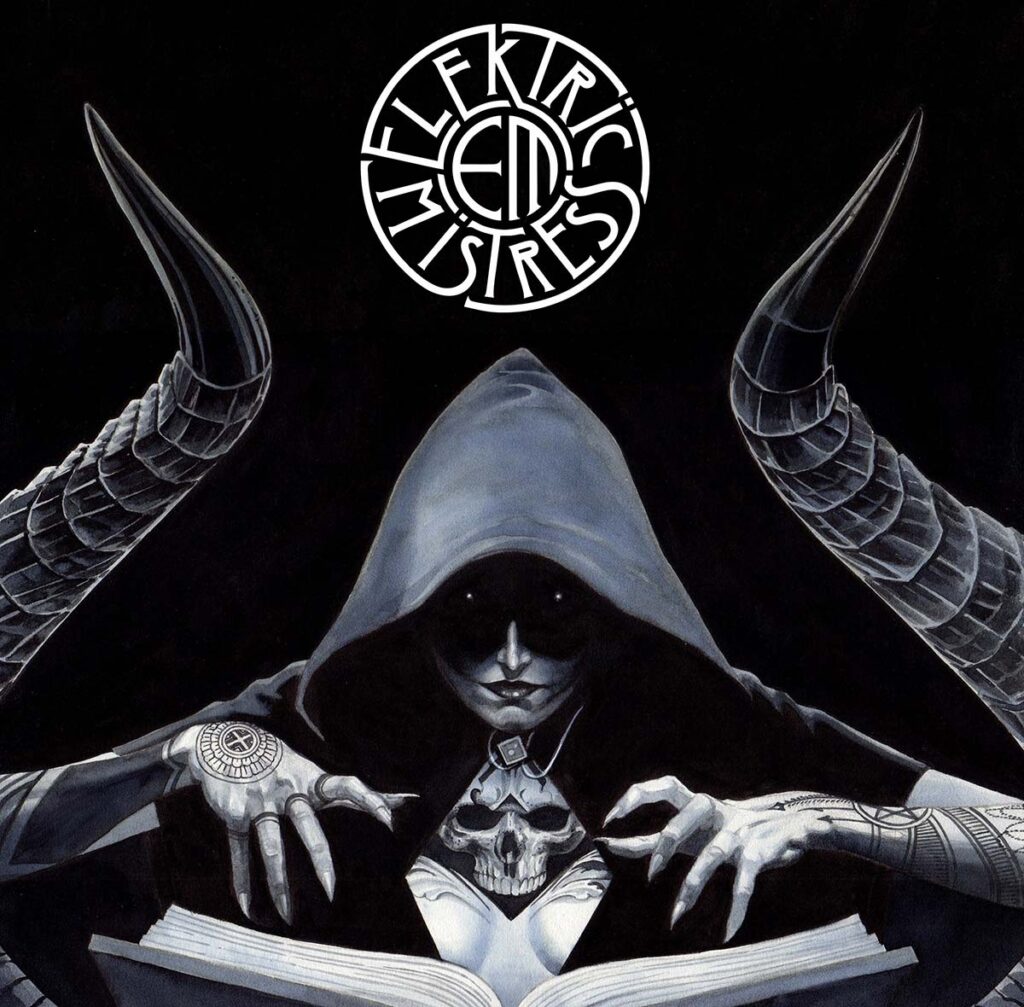 Canadian psychedelic stoner rock band Elektric Mistress has announced their new EP, »Chapter 99«, which will be released on June 17th, 2022.

Watch a video for the first single and title track »Chapter 99« below!

Halifax, Nova Scotia’s Elektric Mistress has a new EP »Chapter 99« coming out, which promises to be a sonic blast of psychedelic groove tinged with occult overtones and sludgy riffs. This will be their second EP, following their self-titled in 2019. Since then, they have added a new guitarist and a potent new layer of sounds for fans to discover. The first single they are releasing is the title track, a stomper that will get you moving and vibing to the lyrical themes of communing with the dead.

The band explains further: “»Chapter 99« was honestly not the first choice for this single; we had some trouble deciding just what to present, because we think they’re all pretty ok, heh. We decided to get an objective set of ears to sort out our predicament, and this one stood out above the rest. It’s about trying to connect with the other side. It has a definite occult overtone, in the oldest heavy music tradition.”

Having a second guitarist has added to the complexity of the band, although their evolution has remained fairly steady over the past couple of years. They have started to incorporate guitar harmonies to complement their stoner rock style but still leave room to be unique and creative and resonate with listeners. Lyrics are inspired by events, people, memories, feelings, or certain energy. There are plenty of psychedelics, sci-fi, witchcraft, and apes!

The EP »Chapter 99« was entirely recorded and self-produced by the band, and all the stringed instruments and keys are digital. It was mixed and mastered by Alex Burris at Fang Recordings, and the EP artwork was done by Ricardo Arreola. 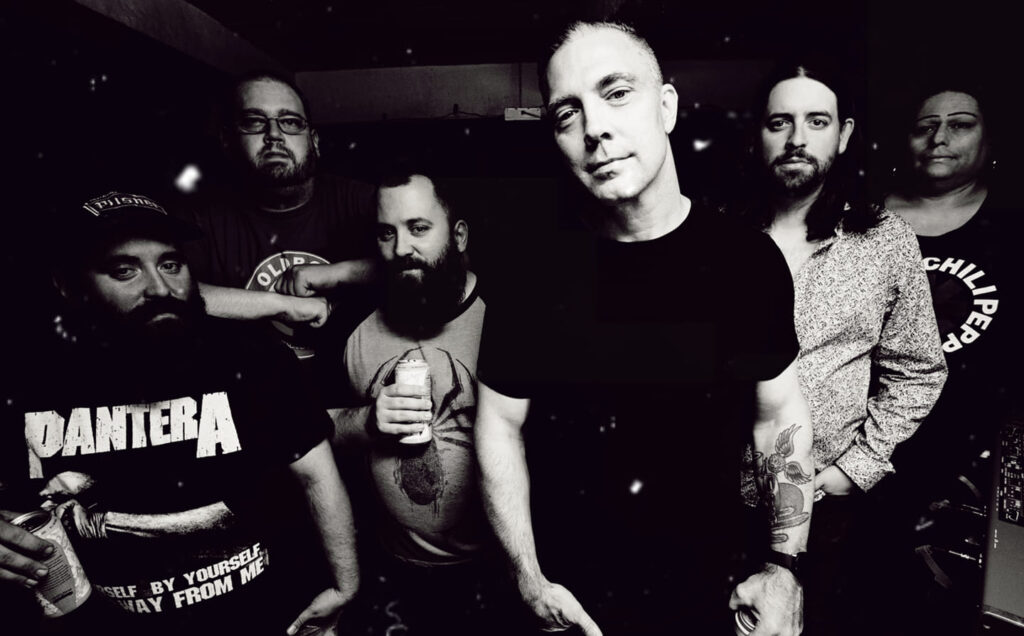 Elektric Mistress is not out to reinvent the wheel, they deliver straightforward rock n’ roll vibes for good times and bad. They are recommended listening for fans of Black Sabbath, Deep Purple, and Pink Floyd.

Join the séance of »Chapter 99« via its premiere on Doomed & Stoned HERE. 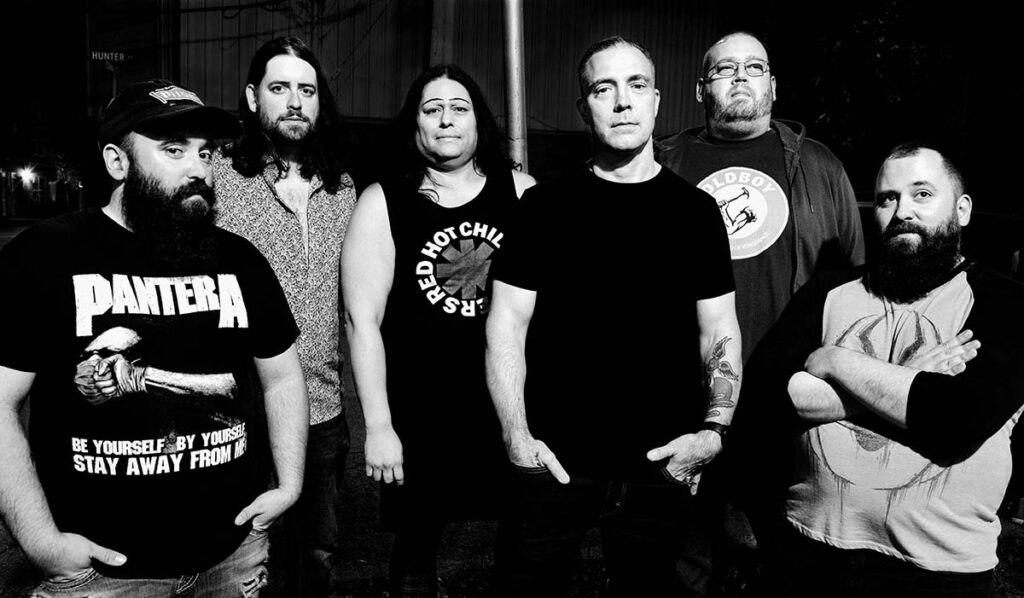 About:​
Channeling the energy of inspirations such as Black Sabbath, Deep Purple, and Pink Floyd, Halifax, Canada Elecktic Mistress is all about the groove with their face-punching psychedelic stoner rock firmly rooted in what has come before, but also pushing towards what is ahead. If you’re looking for a true retro psychedelic synth-rock experience with a progressive edge, Elektric Mistress is here to deliver! Take a deep breath and ride the wave through a hypnotic haze of electric highs and sedated tones to take you back in time and return again.
​
Comprised of guitarists Kyle Cantfell (Guitar) and Jason Cantfell, bassist Kieran Richardson, vocalist Maxwell Poole, keyboardist, Riley MacDonald and drummer Valencia Canales , Elektric Mistress began their journey through oblivion in 2018, making noise on the Canadian East coast scene, which included performing on the area’s largest event, the Maritime Metal and Hard Rock Festival during the same year of their conception.
​
The band released their first debut in 2019 with their self-titled EP showcasing their unique soundscape of stoner rock ignited with crunchy, groovy guitar riffs, bombastic drums, dirty keys, and choice bass licks plus loud and raspy vocals. Now in 2022, the band returns with their follow-up and sophomore EP »Chapter 99« for release in June 2022.
​
The band adds: “Friends, this EP has been a long time coming. As a lot of other bands experienced at the beginning of the pandemic, not being able to gather as a full band or find open studio space kind of made making music difficult. So we decided to do it mostly by ourselves, at a distance. With some help, we got it done. We’re stoked to finally present it for streaming everywhere. We hope it’s worth a listen or three. We think we’ve been steady on the course as far as evolution goes for this next release. However, now that guitarist Jason Cantfell has joined the band, we’ve been doing a lot more guitar harmonies and stuff we couldn’t do before; the end part in Cocaine Johnny is a good example of that. Definitely expect more of that in the future.”
​
»Chapter 99« is due out on June 17, 2022 and will be available on all digital platforms.