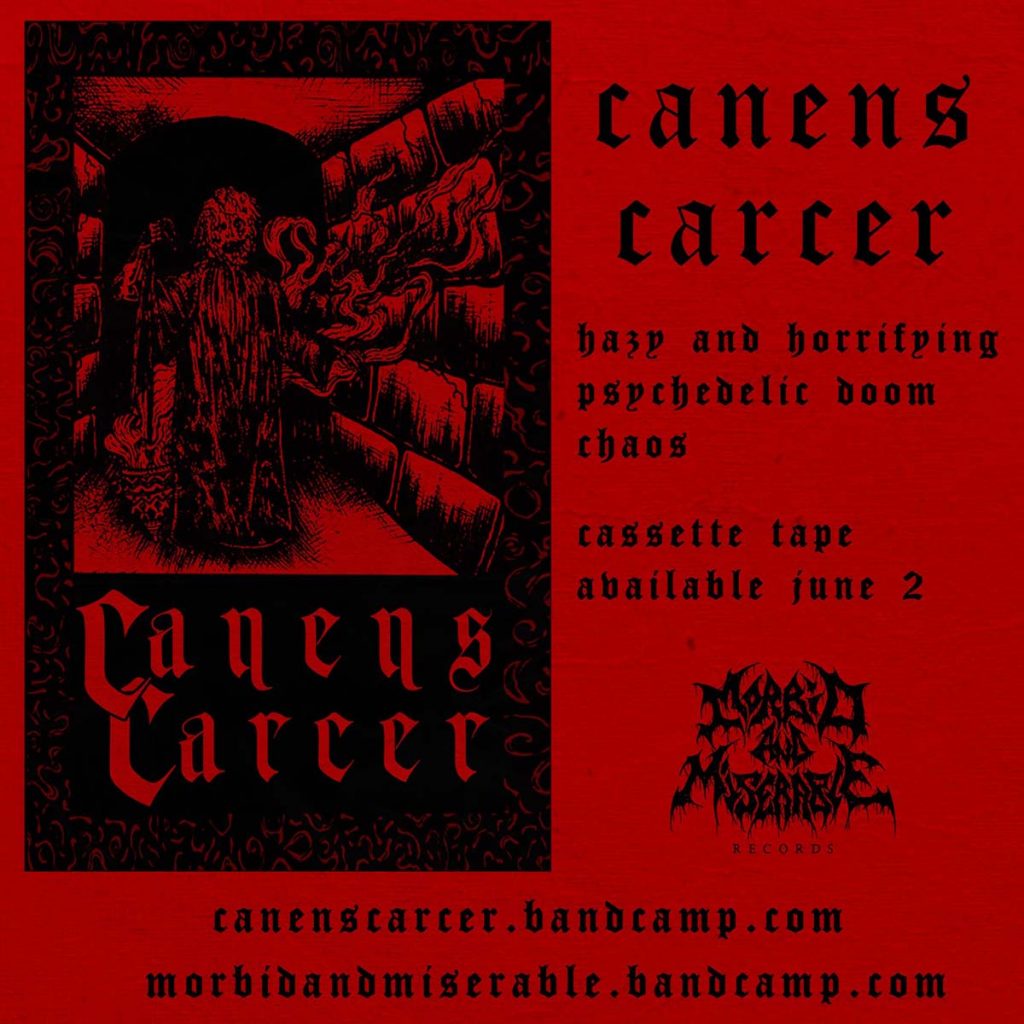 »Canens Carcer« album will be availabe on cassette and digital.

Recorded live in the crypt by Mad in Ear.
Art by Echo Echo.

From Morbid And Miserable Records:

Born of the same unhinged brilliance behind the bands SHC and Misleading comes Canens Carcer – a wild mashup of psychedelic doom and punk rock that will leave you delightfully dazed and confused! As a follow-up to their 2018 demo, the band has released their self-titled full-length album showcasing terrifying sounds much in the same vein. Featuring wailing organs fit for a horror movie soundtrack, dingy riffs that sound like they escaped from a dungeon, and rambunctious rhythms spinning out of control Canens Carcer has created a new kind of grimy auditory disorder that will drive listeners mad!

The album is available for streaming and download immediately with cassette tapes being released through Morbid And Miserable Records on June 2nd. 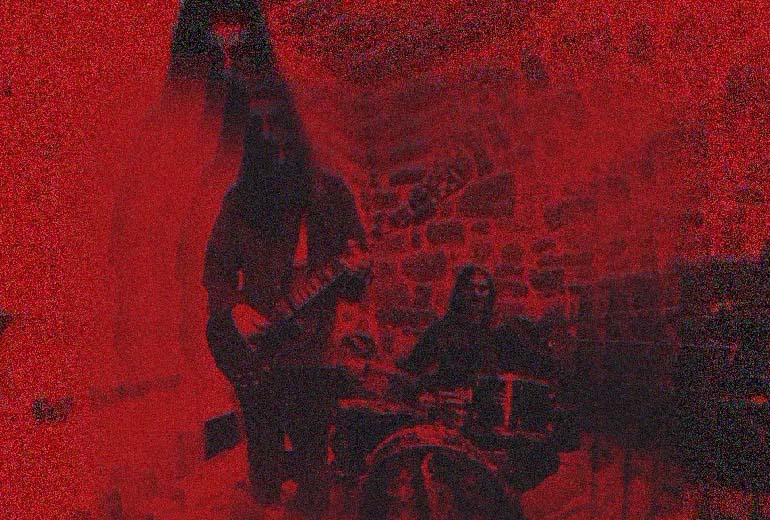