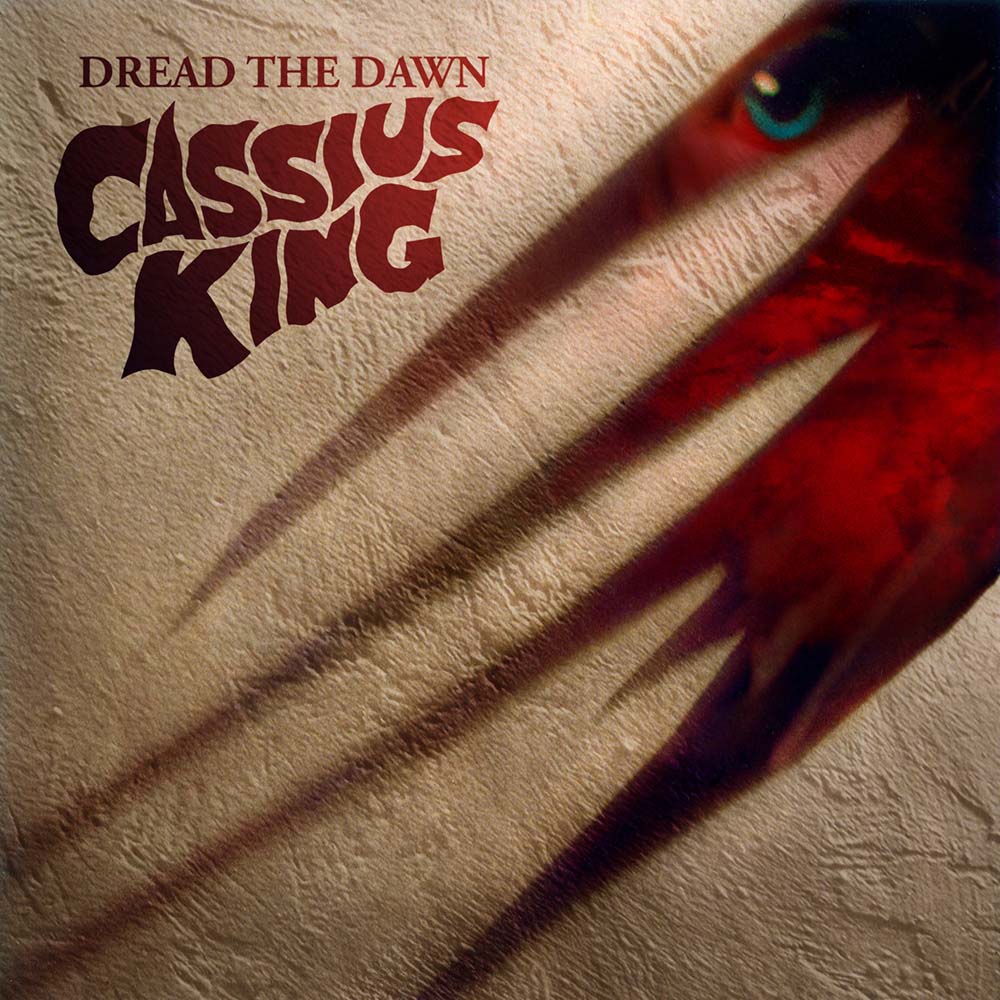 US doom/stoner rock act Cassius King featuring well known metal and scene veterans has announced their second album, »Dread The Dawn«, which will be released on October 21st, 2022 via MDD Records.

Dan Lorenzo (ex-Hades, Non Fiction, Patriarchs In Black) is a riff machine made flesh, or as the trade press attested to him: His mastery in the art of writing real, true-to-life riffs is second to none! With »Dread The Dawn«, Cassius King once again prove this statement on their second album.

On 11 songs, the quartet rolls through dragging, poignant melodies, embraced by the striking vocals of Jason McMaster (Watchtower, Dangerous Toys), which give the overall sound an authentic depth and driven by the merciless grooves of a Ron Lipnicki (ex-Overkill, Whiplash). Cassius King is a feeling set to music, which can’t really be done justice with the generic terms doom and stoner.

With the release of »Dread The Dawn«, the gentlemen also prove that Cassius King is much more than a uniquely constructed all-star project. If you count Dan Lorenzo’s solo album of the same name from 2004, the successor to last year’s »Field Trip« is already the third longplayer with an almost identical line-up. Those who let themselves be swept away by the songs on hand will involuntarily hope that this is not the last of its kind.