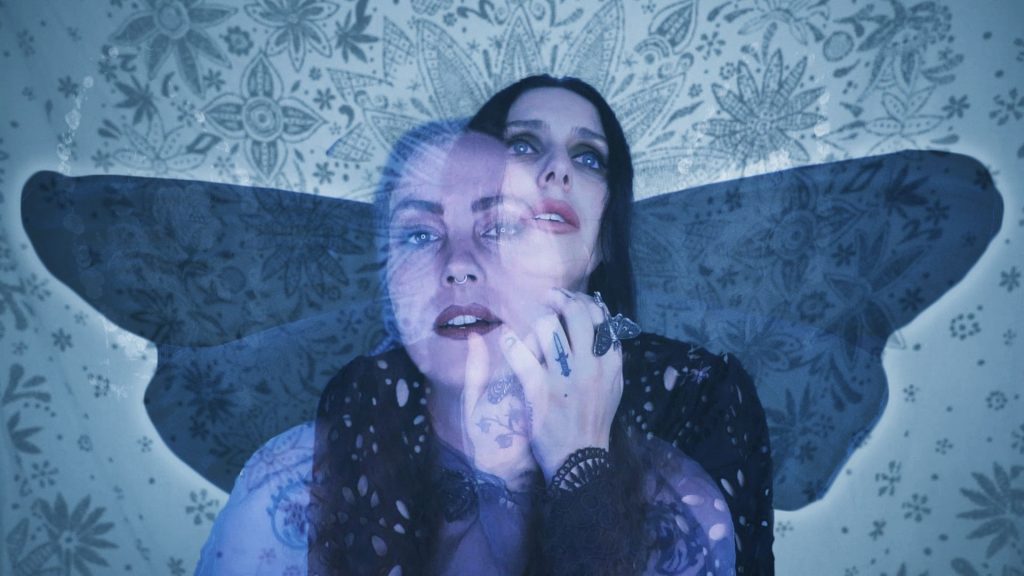 Chelsea Wolfe has shared new video for her latest single »Anhedonia«, which features vocals and guitar by labelmate Emma Ruth Rundle. Wolfe joined efforts with stop motion editor and video producer Cressa Beer for a moving creation that reflects grief and loneliness, yet brings hope that with time and support, healing is possible.

Cressa explains, “The core idea of the video came from an artist and mutual friend that Chelsea and I both love – Jess Schnabel (Blood Milk Jewels) – who created a ‘grief moth’ inspired by real moths that drink the tears of sleeping birds. It’s an idea I’ve wanted to animate for a while. So, that became the backbone of the project: the lifecycle of a moth literally born from overwhelming sadness. From there, the video grew into a reflection of what I was experiencing during quarantine, as I found myself confronting my own grief and deeply rooted trauma. I suffer from PTSD that envelops me like a black void. I wanted to visually articulate how that feels, as well as feelings like disassociation and loneliness; the way that trauma can physically alter your body and mentally reshape the world around you. But still, the moth can fight its way out, can fly, can follow the light; just like the comfort in the final verse of the song, I wanted to still show that healing is possible.”

»Anhedonia« was mixed / produced by Ben Chisholm and is available now across all digital retailers via Sargent House.