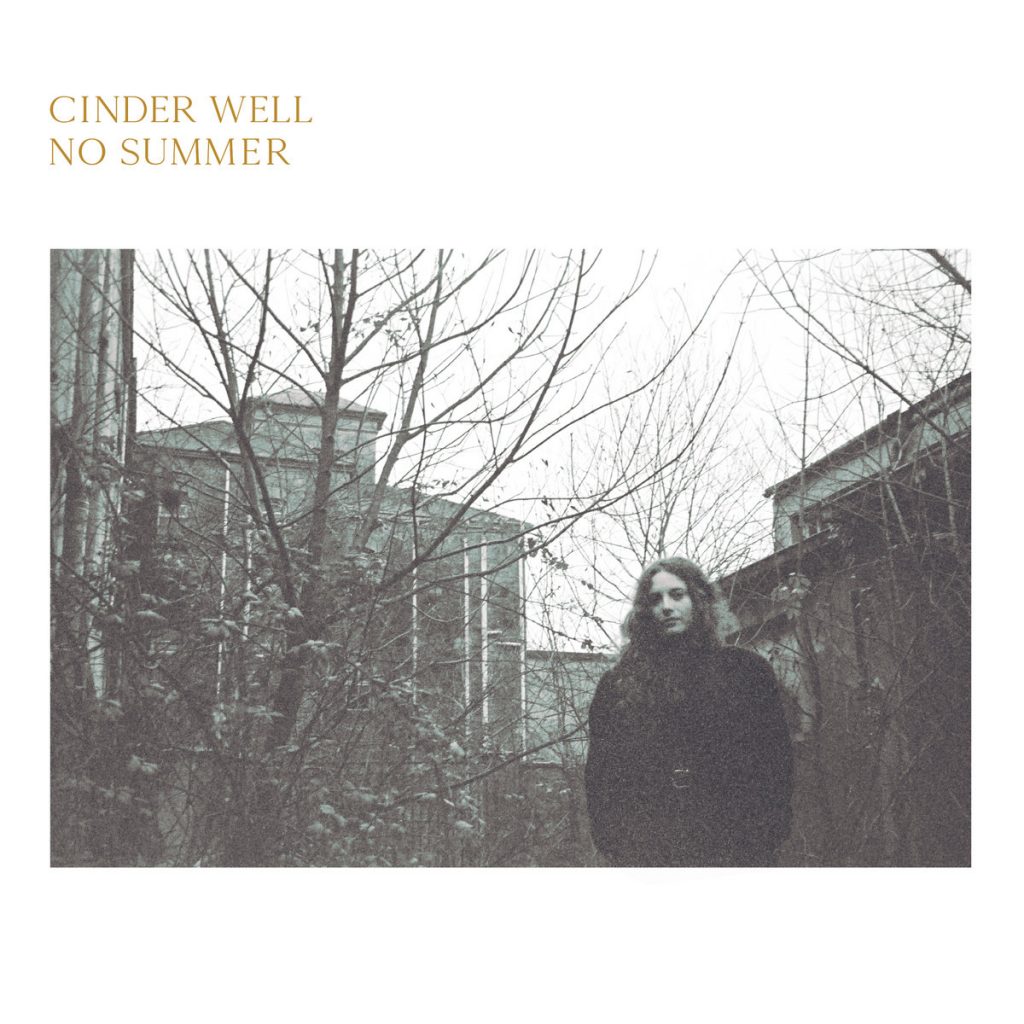 Doomy and haunting folk project Cinder Well, the brainchild of singer and multi-instrumentalist Amelia Baker (ex-Gembrokers, Blackbird Raum), premiere the track »Our Lady’s« from the upcoming record, »No Summer«, to be released on July 24th via Free Dirt Records.

Cinder Well on »Our Lady’s«: “This song is written from the perspective of an abandoned mental asylum in Ennis, County Clare. The asylum operated from its opening in 1856 until it closed in 2002. The building and grounds are very large, and in addition to the patients that were held there, the institution also employed many people from the local community. It now sits out of use and empty, and seems to be broken into and boarded up again in waves.”

Amelia Baker is joined by Mae Kessler and Marit Schmidt on strings.

Music video for the title track »No Summer« was shot by Amelia Baker and Jim Ghedi, produced and edited by Shea Devlin.

Cinder Well on the song: “I started writing the lyrics for »No Summer« while in the van on tour in the summer of 2018, when we released »The Unconscious Echo«. Summers in the UK and Ireland are generally pretty grey, but there was actually pretty nice weather that summer. So at the time I felt like it was kind of sassy and ironic to say “there’s no summer here.” Unfortunately the summer that the album is being released has essentially been cancelled due to a global pandemic, but I didn’t know that at the time. All the footage for this video was shot in County Clare, Ireland during COVID-19 lockdown. It was produced and edited by my good friend Shea Devlin in Oakland, California.”

Cinder Well is at the vanguard of a different kind of transatlantic folk revival, one forged amidst the uncertainty of a global pandemic. However, Irish-based songwriter Amelia Baker’s music isn’t nihilistic; instead, it strips traditional forms to their bones, creating a meditative, trance-like space for sonic healing. The sparse soundscapes and haunting stillnesses of her new album »No Summer« (coming July 24 on Free Dirt Records) are not meant to be paens to loneliness. Rather, Baker was inspired by the rich musical connectivity of the pub scene in Ireland, and her move from California to County Clare to study traditional music of the region. A member of anarchist folk project Blackbird Raum, Baker’s time on the circuit with Irish trad-punk group Lankum eventually led her to a small settlement in County Clare, and to the rich dissonance of her music as Cinder Well, a dissonance caught between worlds and histories.

Recorded by Nich Wilbur (Black Belt Eagle Scout, Angel Olsen), the original songs on »No Summer« boldly rub shoulders with careful reworkings of traditional Appalachian sources. Baker’s songs parse these transatlantic traditions, and throughout, her remarkable voice cuts to the bone like some ghostly ballad singer bound to sing these words from here to eternity. From the eerily prophetic title track – which presaged a season of canceled shows – to »Our Lady’s«’s imagined stories of spectral abandoned asylum residents, »No Summer« is as haunting as it is connected, as dark as it is sacred, a kind of ritual healing that’s existed through the ages.

»No Summer« is produced by Amelia Baker. Recorded, mixed and mastered by Nich Wilbur at The Unknown in Anacortes, Washington.

All songs are written by Amelia Baker except »Wandering Boy«, »The Cuckoo«, and »Queen Of The Earth, Child Of The Skies«, which are traditional.