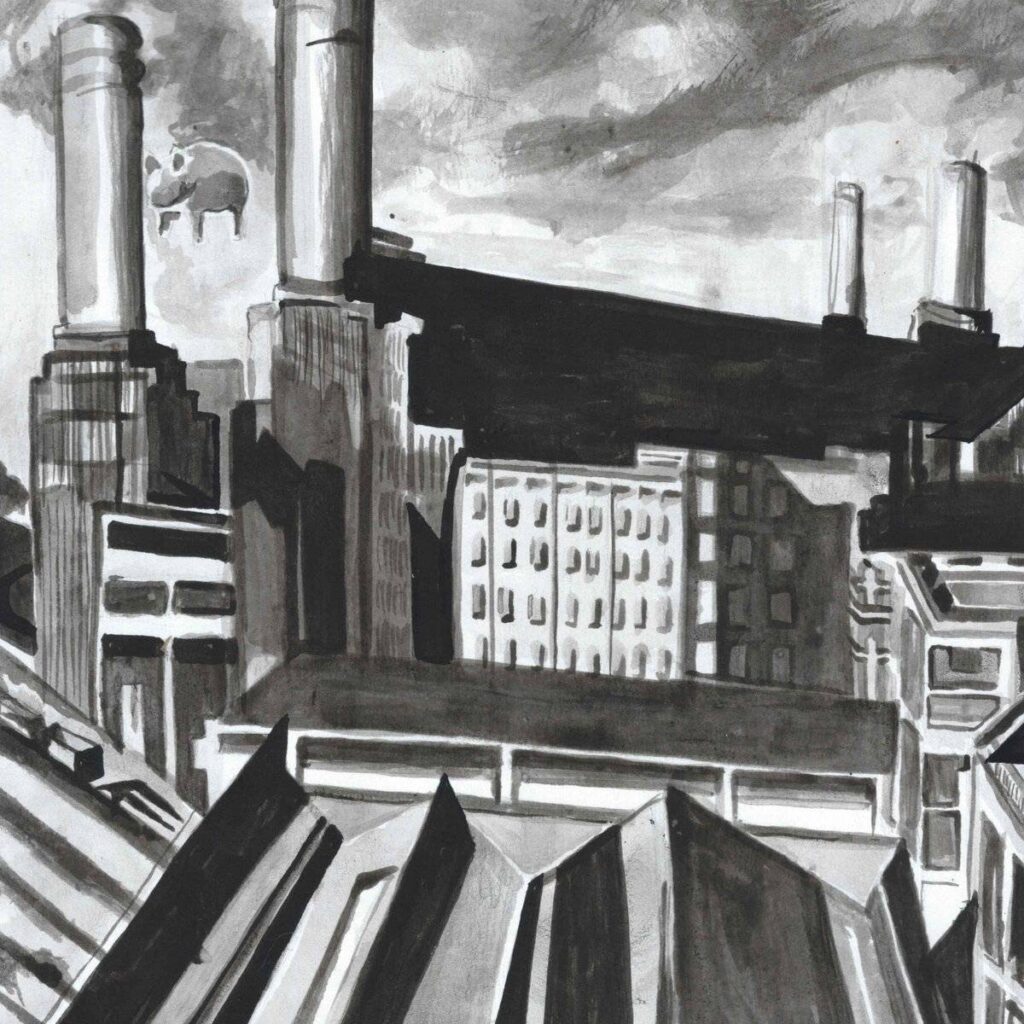 Within the ashes of a dumpster fire, Chicago-based sludge outfit Cokegoat found solace in the seventeen perfect minutes of Pink Floyd’s »Dogs«. Due to sheer lack of effort, it took years to complete their cover of those many moments and movements of music. Drums were tracked in October of 2015 with Andy Nelson (Weekend Nachos, Like Rats) at Bricktop Recording, followed by years of time lost. Almost four years to the day, guitars, bass and keys were tracked by Kevin Tabisz at Uphill Recording Service and then back to Nelson to finish vocals months later. Cokegoat went rogue and asked Patrick Auclair, guitarist from Chicago’s very heavy Scientist, to take the epic undertaking over the top. Nelson stepped back in for mixing, and Cokegoat’s own Jeff Wojtysiak mastered the work at Spiral Sound Mastering. Talented friends Justin Howard (known as Nordic Thunder in the Air Guitar Championship world) and Katie Kapuza lent organic oil and light and stop motion animation to the song’s accompanying videos. 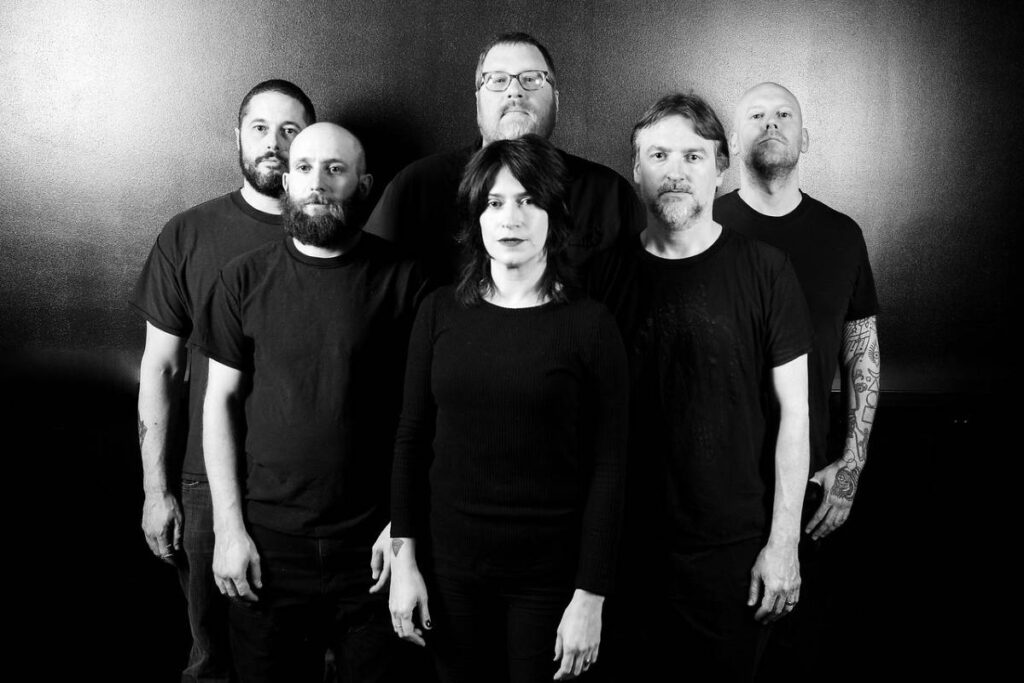 Writes Decibel in part, “Cokegoat’s version of the loping, sprawling, emotional track maintains all the hallmarks of the original—the barking dogs, the many moods and movements, the impassioned vocals and the soaring solos—but the band adds its own unkempt, gritty and weird imprint on it. All 17 blessed minutes of it are here for you stream, as well as two videos of ‘selections’ from the song. Grab your headphones and sink in.”

Adds the band, “It was great to have the chance to finish this song over the pandemic. Not being able to be physically together but still complete a project as a group kept the juices flowing. It took six years to figure out that that juice really came from our collective whole. We had to just put a towel down under our process and make a big mess. Pink Floyd impregnated us with »Dogs« and we birthed this mutant.”

Stream »Dogs« in its outstanding entirety courtesy of Decibel Magazine where both video installments can also be viewed.

»Dogs« appears on Pink Floyd’s 1977 full-length, »Animals«. The music was written in 1974 by David Gilmour and Roger Waters, with lyrics by Waters, and originally titled »You’ve Got to Be Crazy«. Waters modified the lyrics in some parts, transposed the key to suit both Gilmour’s and his vocals, and re-titled it »Dogs«.

“We would get intoxicated and listen to »Dogs« after shows continually,” Cokegoat recalls. “We booked studio time to track drums and subsequently forgot it happened. Four years later we vowed to finish it. It took another two years. We aren’t very good at this…”

Order the single at THIS LOCATION.

Catch Cokegoat live in the coming weeks with more live performances to be announced.