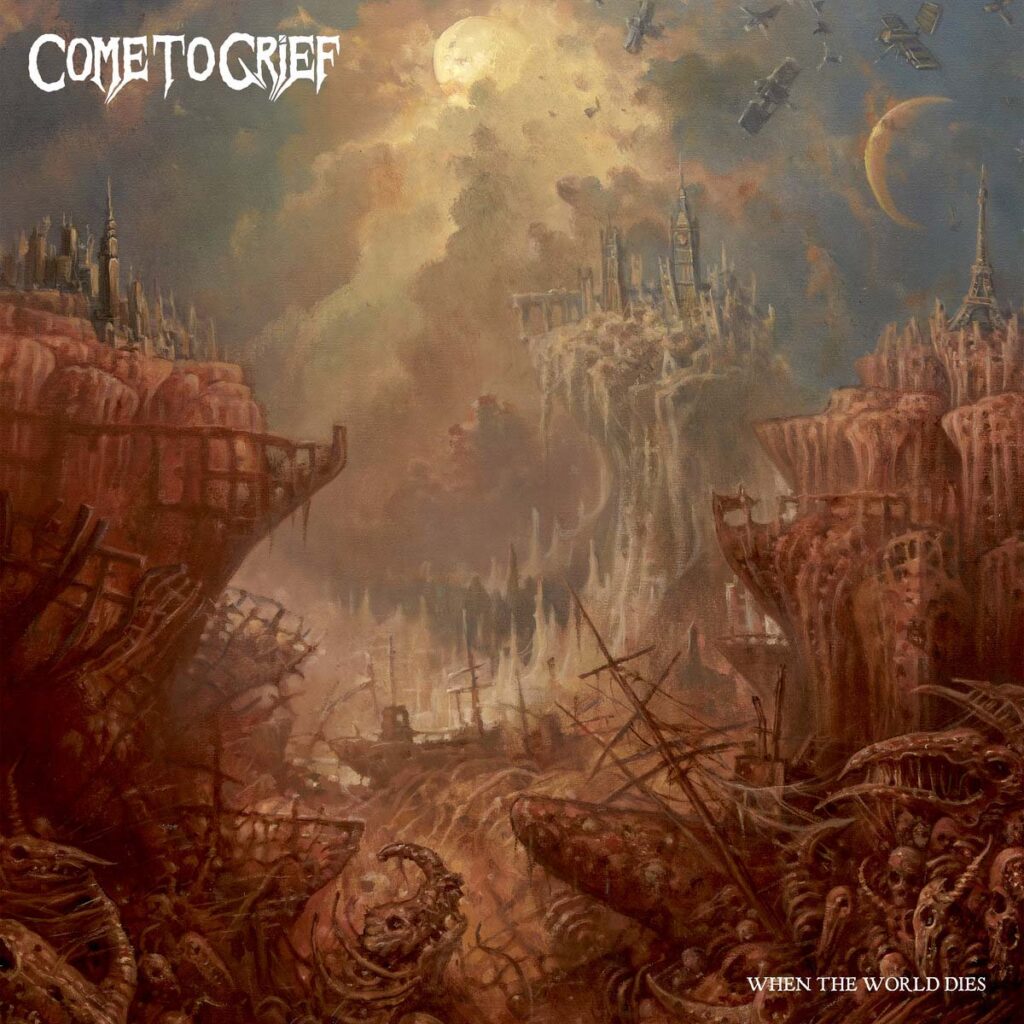 US sludge/doom extremists Come To Grief announce their long-awaited debut full-length album, »When The World Dies«, which will be released on May 20th, 2022 via Translation Loss Records.

Listen to the first single »Life’s Curse« at Decibel Magazine!

Says the band: “The day is upon us! New Come To Grief music is finally here! Stream the brand new song »Life’s Curse« (featuring guest vocals by J. Bannon/Converge) from our long awaiting full-length »When The World Dies« (record by Kurt Ballou at God City Studio), that will be released May 20, 2022 via Translation Loss Records! There are two colored vinyl varients, CD and digital available to pre-order today!”

New England nihilistic, extreme sludge/doom band Come To Grief announce their highly-anticipated and long-awaited debut full-length album, »When The World Dies« – to be released on May 20, 2022.

Come To Grief have risen from the ashes of a hellish existence to bring seven tracks of sinister, hypnotic filth – dank with suffocating depravity. Powerful and catchy grooves lace each track with grimy black n’ roll undertones while vocalists Terry Savastano and Jonathan Hebert lay waste to tortured, spite-filled and personal lyrics – spitting true life stories and observations on the bleak, lack of humanity that plagues the earth. Recorded by Kurt Ballou at GodCity Recording Studio and featuring Jacob Bannon (Converge, Wear Your Wounds), who contributes vocals that storm in like a whirlwind of chaotic ferver. A lurking rhythm section soldered together with smoldering riffs demands you to bang your head and proves »When The World Dies« is no pentatonic picnic – this is sonic annihilation. 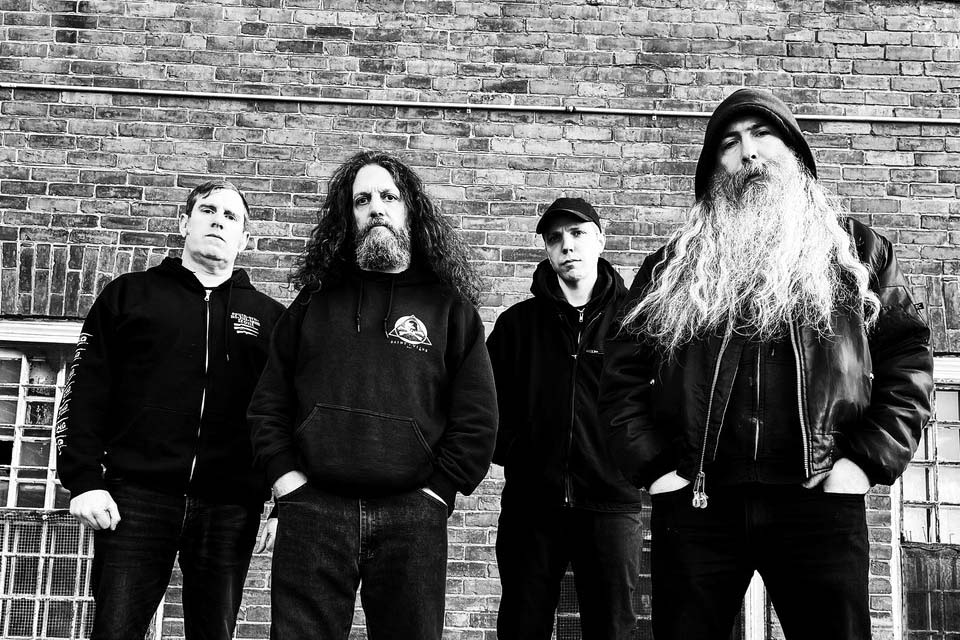 Along with the announcement of »When The World Dies« the band have released the first single from the album titled, »Life’s Curse«. The ferocious track features blistering vocals from Converge frontman, Jacob Bannon. The track is streaming now at Decibel Magazine.

“Having Jacob sing backup vocals was a really big deal,” guitarist and vocalist Terry Savastano told Decibel. “I’m super grateful for it. We go back a long way actually. He, myself, (Chuck, Come To Grief drummer) and some of the Converge guys come from the same area north of Boston called the Merrimack Valley. He had my first band’s (Afterbirth) demo very early on – we’re talking 1988!”

Bass and backing vocals on this record by Randy Larsen.
Guest vocals on »Life’s Curse« and »Bludgeon The Soul« by Jacob Bannon.
Mellotron and Moog on »When The World Dies« intro by Lisa Bella Donna.
Produced, recorded, engineered and mixed by Kurt Ballou at GodCity Studio in Salem, MA, July 2021.
Assistant engineer Zach Weeks.
Mastered by Brad Boatright at Audiosiege in Portland, OR.
Cover art by Paolo Girardi.
Graphic design by Brian Azer/Et Cetera.
Band photo by Somayeh Kashi. 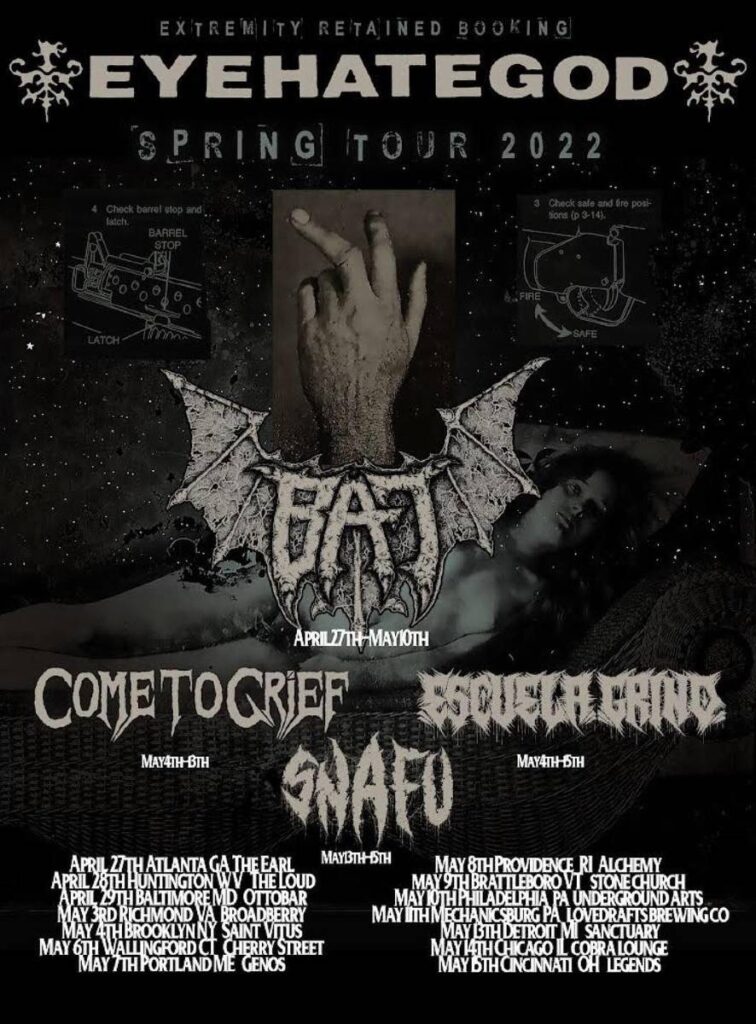 Come To Grief will hit the road in May to support EyeHateGod, also including BAT, Escuela Grind and S.N.A.F.U. on selected dates.