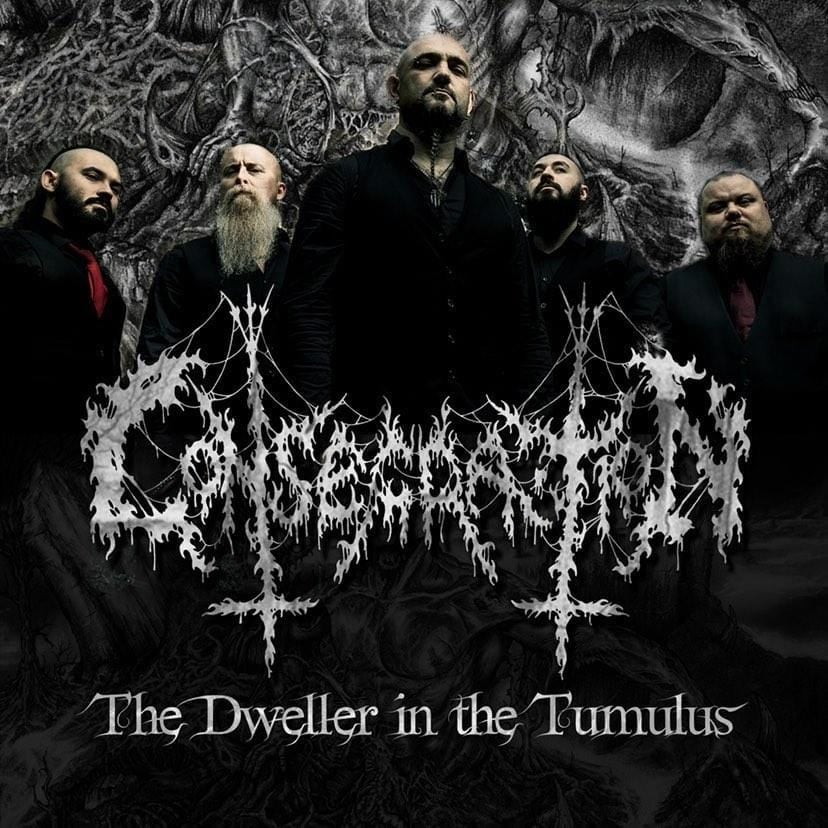 UK death doom metal band Consecration release new lyric video for the first single »The Dweller In The Tumulus« taken from their upcoming album, »Cinis«, out on June 17th, 2022 via Redefining Darkness Records.

Vocalist Daniel says about the track: “»The Dweller In The Tumulus« is a track about an ancient being or spirit, that lurks in the barrows; or burial mounds. Laying undisturbed for centuries, constantly attempting to lure the unsuspecting with its silent whispering…
This beckoning proves too tempting to the unwary traveller, whom, after succumbing to the entities’ unspoken promises of whatever is their deepest desires, are then confined themselves to the barrow; entombed by the malevolent entity that dwells within.
Broadly speaking it is about entrapment by something, or someone, that wishes you ill, yet disguising the malice as something too tempting for you to reject… This is an extension of ideas from »Echoes Of The Dead« and also to some extent, from »The Visitant«, both on our first album, Ephemerality. I hadn’t written a song based on ghostly beings in a while, so had a lot of fun with this one.”

Having riven the world with grief with their last monumental album, »Fragilium«, Consecration have delved deep beneath the earth for darker secrets and more sinister spirits. All the tears have fallen now and the dead walk in the ruins of their past lives, invoking scenes of horror, telling tales of pain and betrayal, spreading a mist of cold, overwhelming fear. Consecration have returned, heavier and more imposing than ever before, with an album of haunting nightmares and shades of decay…with »Cinis«.

Since their beginning with 2010s grim and grotesque »Gut The Priest« EP, Consecration’s name has been synonymous with the most dauntingly soul-crushing music imaginable. They have siphoned the essence of despair from the veins of the lost, painting their anthems of desolation in its impenetrable shades of black. And for them the journey can only ever march on, downwards into the dark. New album »Cinis«, a Latin word meaning ‘cold ashes’ and associated with death, destruction and ruin, tears its way into the mouldering corpse of ancient death metal, breaking its hallowed bones beneath a world’s weight of doomed dreams. From the twilight place of »The Dweller In The Tumulus« to the crimson horrors of »The Charnel House« and the colossal »Ground To Ashes (A Cremulation)«, to which Dave Ingram (Benediction, ex-Bolt Thrower) adds his inimitable, blood drenched vocals, »Cinis« is an unforgettable vision of a dark kingdom that lies beyond the shadows. 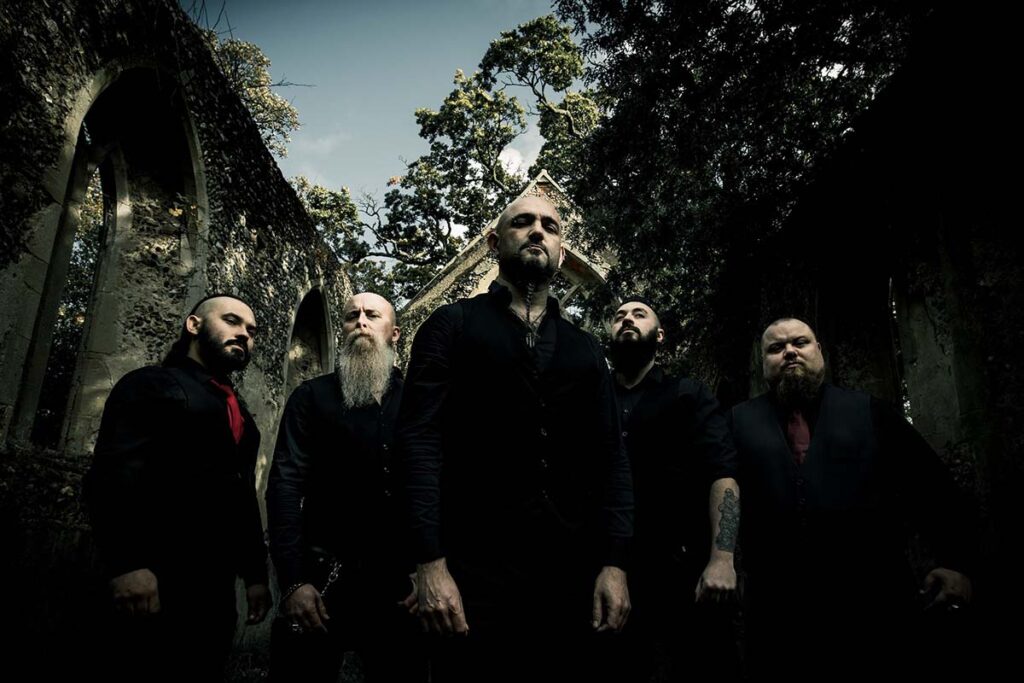 Now allied with renowned label, Redefining Darkness Records, Consecration are ready to engulf the world in their disturbed dreamscapes. When »Cinis« begins its majestic march of morbidity on 17th June all shall fall before it, crushed into the ash and mud of failed endeavour and discarded love. This summer a new dark age begins and the future is anything but bright…