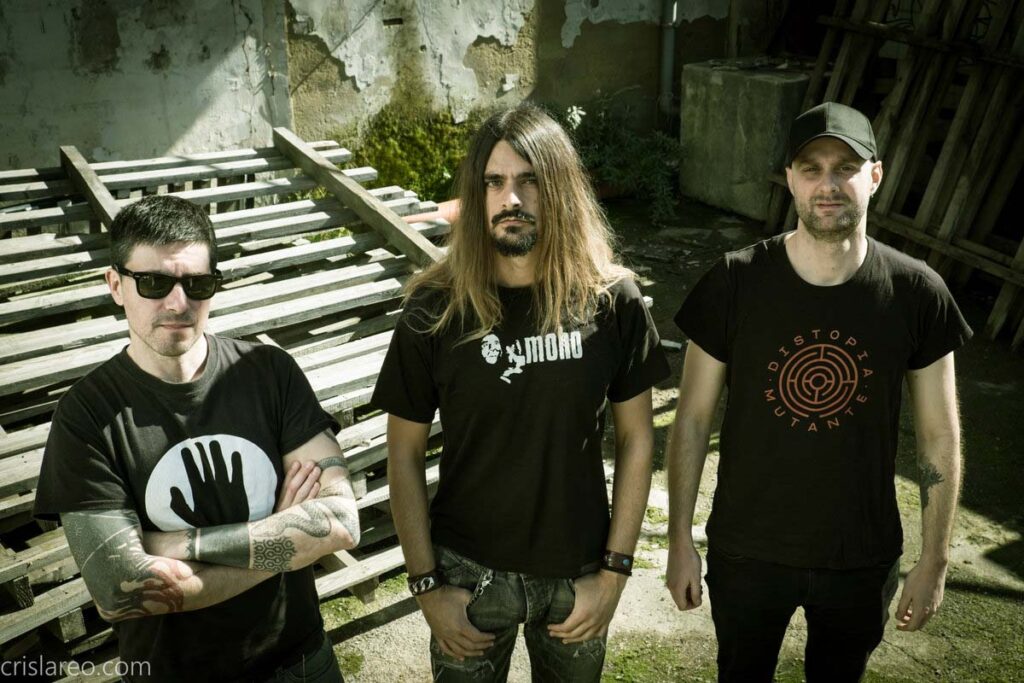 Bilbao, Spain based noise-rock trio Conteiner drops a lyric video for the first single »Outer Signal Clash« taken from their upcoming album, »Light Demolator«, due to be released on June 2nd, 2022 via Violence In The Veins.

Power trio formed in 2016 by members with noise-rock, underground metal and improvisation backgrounds who also played or are currently playing in bands such as Positiva, Killerkume, Meido, Loan, Orbain Unit or Ximel.

After releasing a self-titled EP in 2018, the band takes its sonic approach to another level with this first LP produced by Xanpe (who has also worked on albums by Altarage, Pi LT, Loan or Horn Of The Rhino).

The album consists of eight tracks in which elements from genres like sludge, noise-rock, thrash metal, progressive rock and some others walk hand in hand in this “thunder follows sunshine” that »Light Demolator« entails.