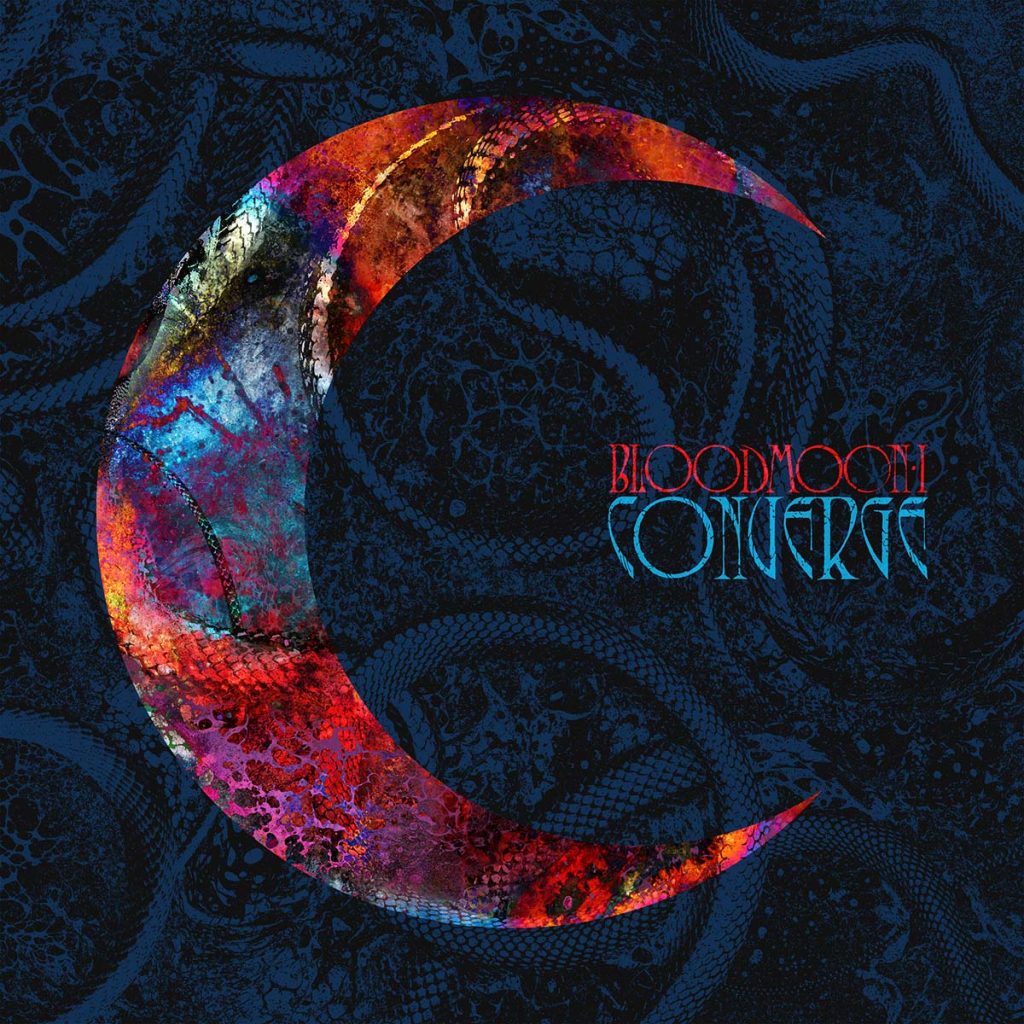 “We wanted to do something grander than the typical four-piece Converge music,” says Converge vocalist Jacob Bannon in reference to the inspiration that eventually bloomed into »Bloodmoon: I«, the new collaborative album created by the legendary hardcore band alongside dark songstress Chelsea Wolfe, her bandmate/writing partner Ben Chisolm, and Cave In vocalist/guitarist Stephen Brodsky.

“I’ve been a fan of Chelsea and Ben’s work for some time,” Bannon says. “I bought the Apokalypsis record from Aquarius Records in San Francisco, and Ben and I started communicating here and there. He had roots in this world of music, so it started to make sense that we could all work together in some way.”

“Ben introduced me to Converge when we started playing music together in 2009,” Wolfe says. “A couple of years later, we saw that Converge had put Apokalypsis on a year-end list, so we were totally fanning out about that. When they reached out to Ben about performing some Converge songs with new arrangements, I said, ‘I want in on that…’ And it seems like they were happy to have me along.”

Fast forward to a 2016 European tour and a rapturously received appearance at Roadburn that saw all seven musicians performing revamped Converge material. Overnight, what had started as a mutual admiration society had become one of the most formidable musical constellations in recent memory. “We felt like there was enough energy in the live collaboration to actually create new music together,” Converge guitarist and »Bloodmoon: I« producer Kurt Ballou explains. “It just took a few years to free up the time to get together.” 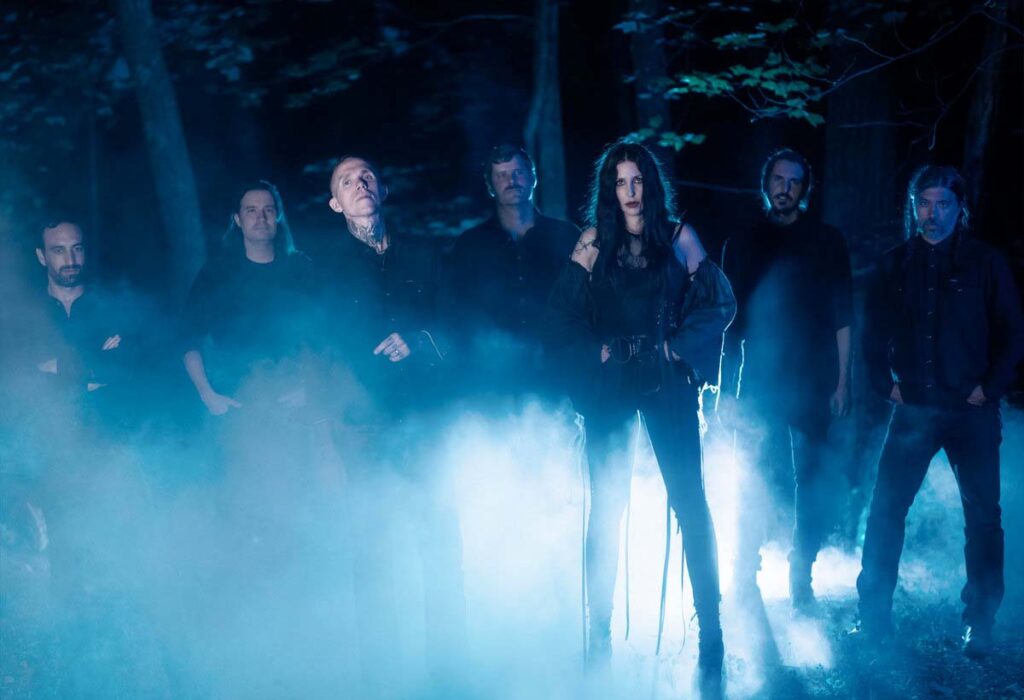 The musicians descended upon Ballou’s God City Studios in Salem, Massachusetts, to work on material in late 2019. Future sessions were planned for 2020, but then the pandemic hit. The rest of »Bloodmoon: I« was recorded remotely, though you’d never know it. “I wanted a record that breathed like a band playing together in a room, even if it wasn’t possible during this time period,” Ballou says. “It feels like we achieved that.”

“It’s been a real treat to see one of my favorite bands continue to do cool stuff and break the molds of what’s considered hardcore and punk,” Brodsky says of »Bloodmoon: I«. “It’s a very rare thing in this kind of music to go an experimental route and challenge the quote-unquote ‘rules’ of what’s been laid out beforehand – and do it successfully.”

As Bannon points out, »Bloodmoon: I« has been a long time coming—longer, even, than the 2016 shows would indicate. The members of Converge – Ballou, Bannon, bassist Nate Newton, and drummer Ben Koller – tipped their hand ever so slightly with the release of 2009’s »Axe To Fall«, which featured a lengthy list of guest musicians, including members of Neurosis, Entombed, and Genghis Tron – not to mention Brodsky and some of his Cave In bandmates.

“Kurt and I have been talking about trying to do something more collaborative even prior to the »Axe To Fall« album,” Bannon reveals. “For years, there was talk of doing »Con-Cave« or »Verge-In«, a Converge and Cave In supergroup, and some versions of those songs ended up on Axe To Fall. But this is different.”

Thrilling in its apocalyptic grandeur, »Bloodmoon: I« is a collaborative work in every way – to the point where Wolfe, Bannon, and Brodsky found themselves writing lyrics for each other. “That’s one of the keys to the album,” Ballou points out. “Sometimes when there’s a collaborative group, it just sounds like such-and-such a person doing the thing they do in their band while the other people are doing the things they do in their bands. So for Jake to write lyrics for Chelsea or for Chelsea to write lyrics for Steve, it forces each person to approach the vocals in a way that’s unique to the project.”

Holding down the fort at GodCity while tracks came in from across the country, Ballou and Bannon were often surprised by the songs Wolfe chose to sing on. “I was surprised as well,” she confirms. “The project stretched my vocals in new ways. It’s so different than what I normally sing over that I was able to open up and be vulnerable with my vocals. I feel like I also heard that with Jake and Steve. It became one of the most fun recording experiences I’ve had in a long time.”

“As someone who’s been making loud music with the same guys for a long time, adding new elements to what we’re doing and having a new version of the band is very exciting,” Bannon enthuses. “Our dynamics are pushing and pulling in all different directions on this record, and I find that to be creatively rewarding.” 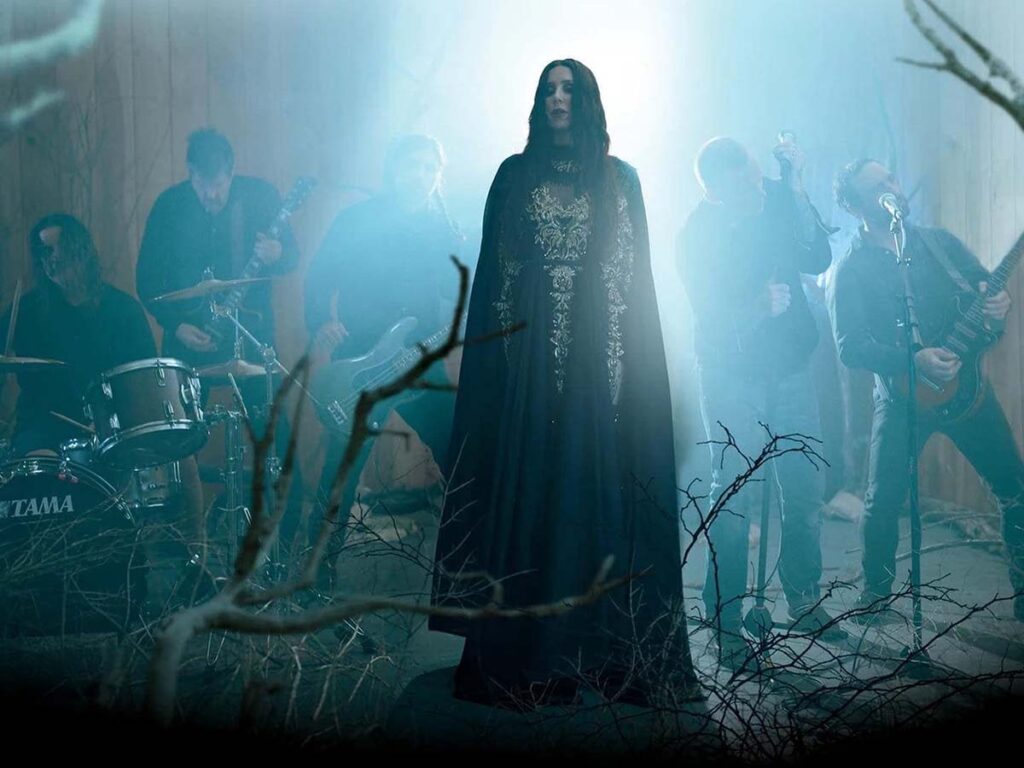 Indeed, the more hectic and seemingly Converge-esque material like »Lord Of Liars« or the Cave In-like »Failure Forever« quickly veer into unexpected territory as Bannon trades vocal parts with Wolfe on the former and Brodsky on the latter. And even those tracks are outliers on an album that can’t be pinned down as the work of any one of its creators. Epic opener »Blood Moon« and the profoundly haunting »Coil« might be the best examples of this. They mark an indelible and climactic collision of artists working at the height of their collective powers.

“With a project like this, egos could have really flared up,” Brodsky says with a laugh. “But I feel like everyone just kept the music in mind and wanted to do what’s best for the song. We’ve all done this enough to know that if we don’t get our way every time a decision needs to be made, we’ll be okay. We’ll get our time in the sun at some point.”

“It’s hard to find new ways to be creative, but I think we’ve been good at sort of forcing ourselves to do that,” Ballou says. “And this project is no exception. Getting Steve and Chelsea and Ben to contribute with us, we were kind of playing musical Cupid with all of them. But we had a feeling that if we got this group of people together, something powerful would come out of it.”