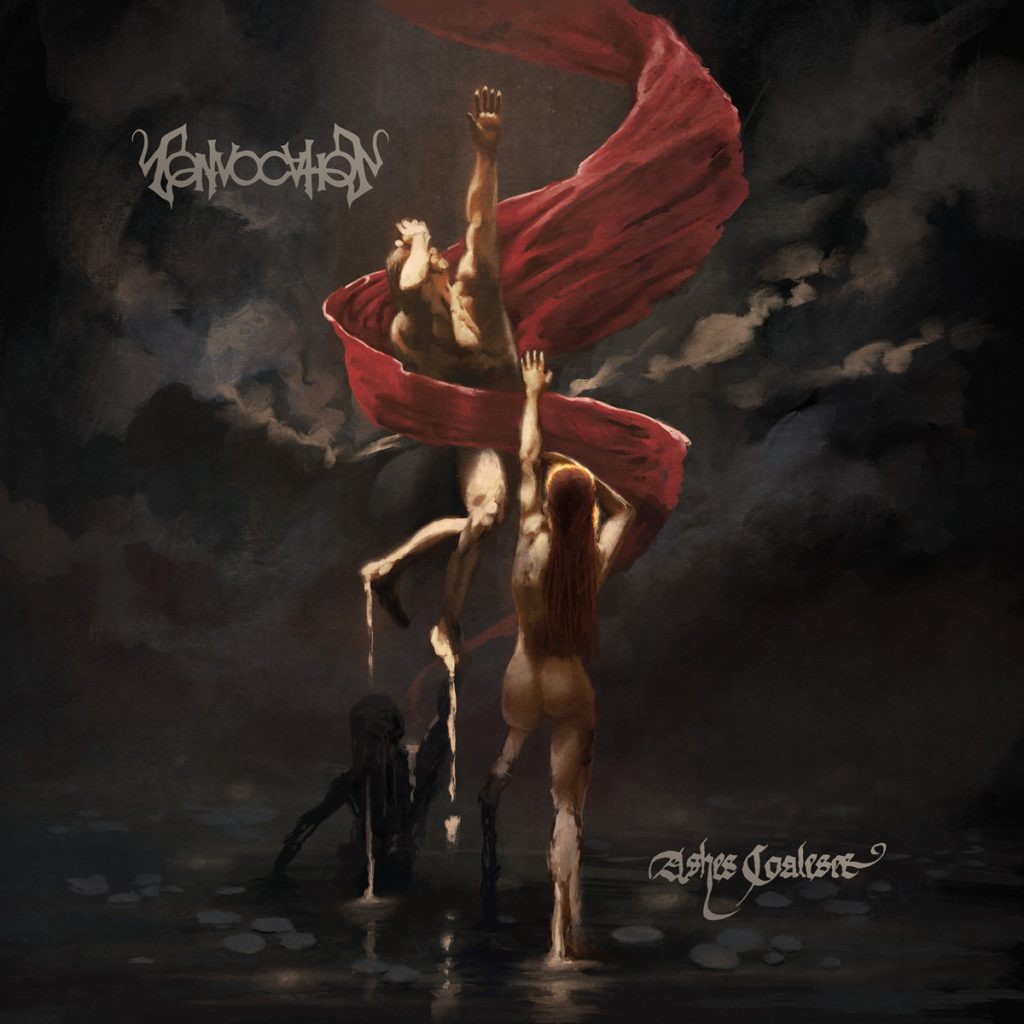 The second coming of Convocation brings us the Finnish doom death band, featuring members of Desolate Shrine and Dark Buddha Rising, at its bleakest and most majestic peak. »Ashes Coalesce« is an album of contrasts and confusion, beautiful yet horrifying.

Formed four years ago in Helsinki, Finland, Convocation started as a death metal project that later developed more close to darker doomish soundscapes, an outlet for really heavy and slow music with the will to experiment including synths, organs etc. Lyrically focused on hatred towards homo sapiens and apocalyptic scenarios, »Scars Across« was written in two different timespans and roughly a year between those sessions till everything clicked and finally spawned four apocalyptic anthems.

Two years later Convocation are back with »Ashes Coalesce«, an aural study of concepts encircling death: grief, rage and defiance, melancholy, acceptance and fear and anxiety of the unknown. The grandeur of the almost spiritual experience of melancholy, the humbleness towards one’s mortality or fragility and the all-engulfing blackness.