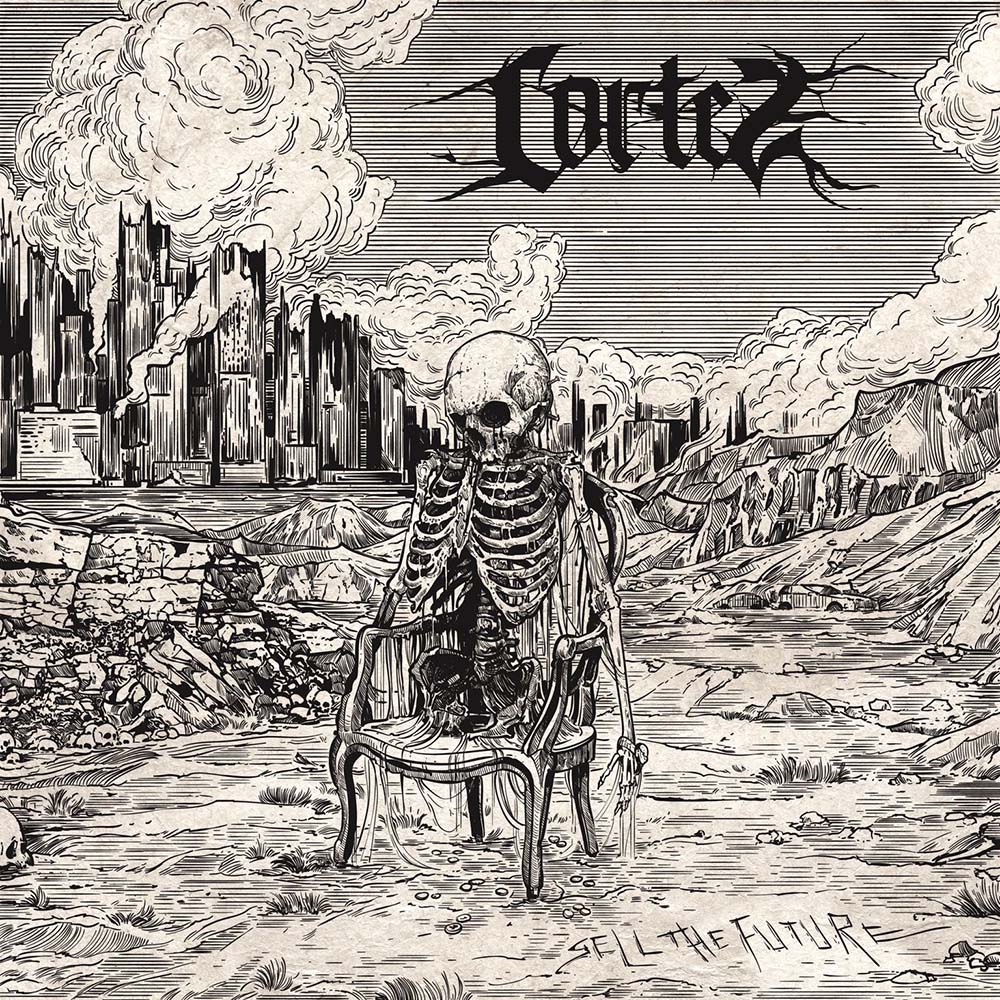 Boston’s stoner metal band Cortez premiere a music video for the title track of their forthcoming full-length album, »Sell The Future«, dropping on October 23rd, 2020 on vinyl via Ripple Music and on digipak CD via Salt Of The Earth Records.

With the precision of heavy metal, the soul of classic rock, and the unbridled attitude of a band who care less about your expectations than they do about writing kick-ass, drive-fast, hugely-grooved tunes, Cortez arrive at their third album with a well-earned sense of freedom. It isn’t about what style they play or the genre niche you want to fit them in – »Sell The Future« is a record of and for turbulent times, with a passion and instrumental fury that comes through regardless of tempo and makes the songs all the more memorable.

Cortez are a stoner rock band hailing from Boston, active since 2006. They have been described as a mix of classic 70’s hard rock with rumbling, doomy stoner metal. With influences ranging from the proto-metal fuzz of Cactus and Deep Purple to sludge-masters Melvins and speed-weed monsters High On Fire. By the time of their first album release the band attained a reputation as one of Massachusetts’ most notable stoner rock acts, one that has shared the stage with countless bands amid occasional touring.