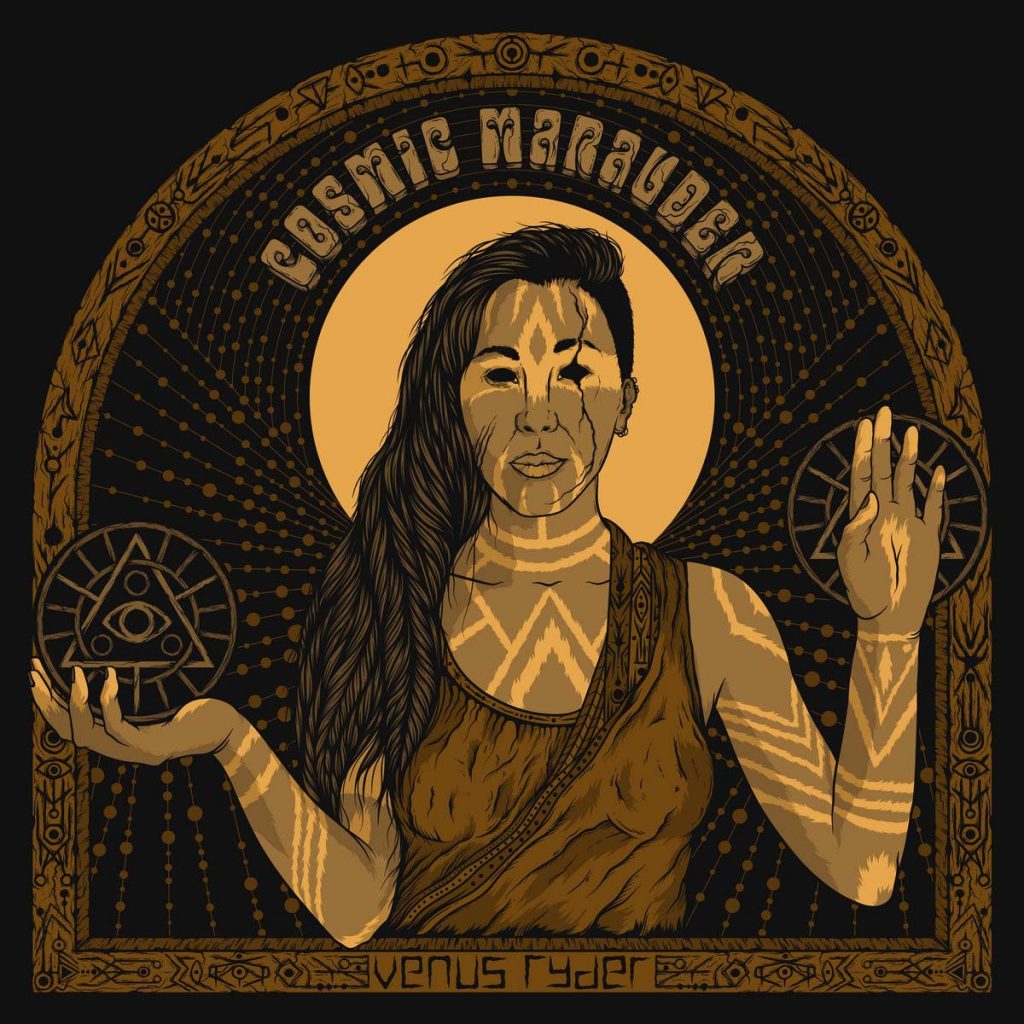 Cosmic Marauder is basically a stoner rock band from Düsseldorf, using elements of heavy psych and doom as well. Cosmic Marauder has its genesis made in mind of founder and bandleader Daniel. With the start of collecting songstructures, fragments, bits, scatches etc…, Daniel met Daney, an ambitious drummer, at school in 2019. After deciding to have a meeting in a rehearsal cellar room, Daney practising playing drums, it was clear to do more and better. Making hard decisions for getting things going on, Daney reminds of Dominik, a guy he knew from earlier musical days, who fills the gap perfectly. They decided to have a jam, that resulted in the foundation of this band. One evening playing together made it finally solid. The trio is complete. The project gets air to breathe, water to grow, good conditions and circumstances. After buying bigger, better tech and intensive work of practise, Cosmic Marauder is ready to show its potential live on stages.