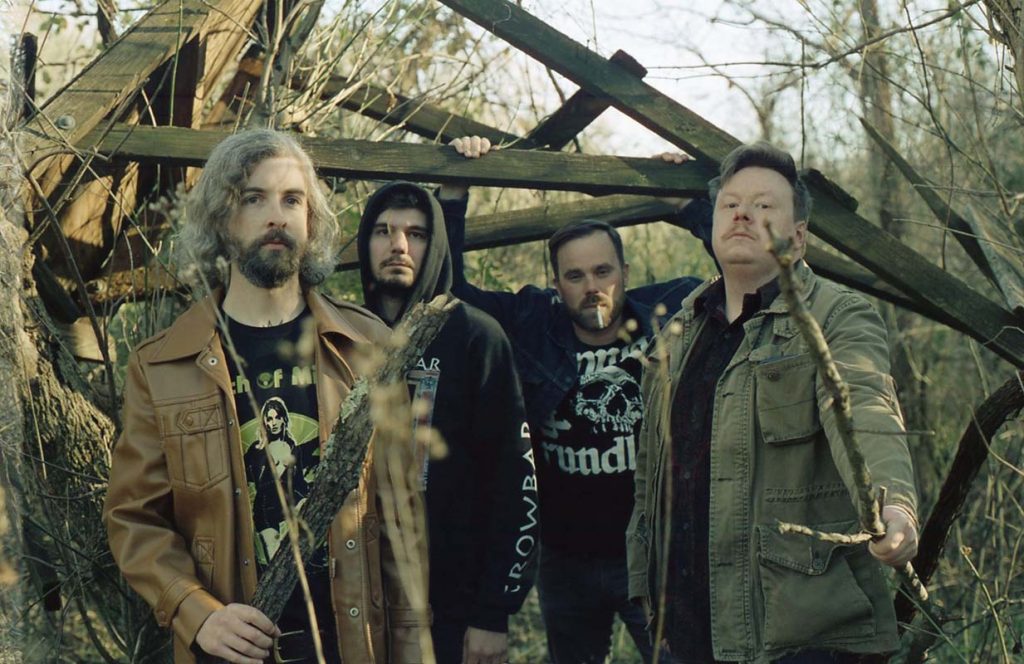 Hailing from Charlotte, North Carolina, psych-doom outfit Cosmic Reaper delivers classic doom & stoner metal elements dipped in psychedelia. In its infancy, bass player Garrett Garlington and guitar player Dillon Prentice, together in Garrett’s kitchen, mixed heavy and fuzzy harmonies with crushing riffs. Not long after, the duo added Thad Collis. His ethereal vocals and impassioned guitar harmonies are what built the band’s foundation. Jeremy Grobsmith, a Colorado Springs metal veteran (The Great Redneck Hope, Matterhorn and Worry) had recently moved to The Queen City, befriended the guys and was quickly asked to join. His hard-hitting and eclectic drum style rounded out the Cosmic Reaper sound and the band was born.

Following a year of practice and fine tuning their sound, Cosmic Reaper made their live debut in July of 2019.

The band returned to Beeson’s studio in the summer of 2020 to start recording. Laden with droning riffs and down tempo walls of monolithic sound, they completed their crushing self-titled debut full-length.

The start of 2021 ushers in a new and monumental era for the guys as Cosmic Reaper becomes part of the Heavy Psych Sounds family.